The UN remains split on the way to deliver aid to Syria, with Beijing and Moscow vetoing the latest humanitarian push. The nations disagree on which border crossings should be used and for how long. 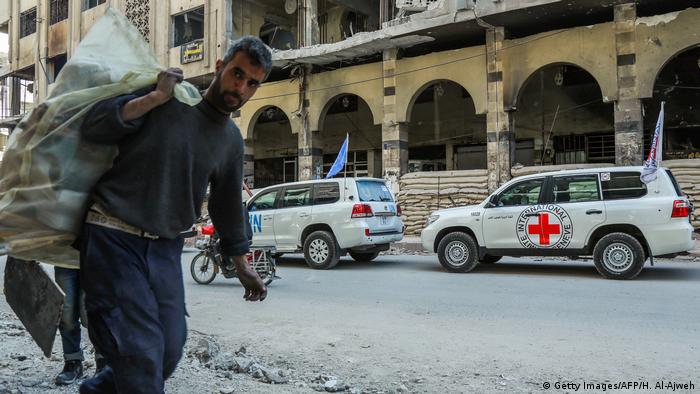 Russia and China blocked a German-Belgian proposal for continuing humanitarian aid for Syrians in the UN Security Council on Friday.

With Russia supporting Syrian President Bashar al-Assad, Moscow is trying to phase out the current aid delivery system which goes across the Turkish borders into areas not controlled by the Assad regime.

"It already is a major humanitarian crisis, and major doesn't begin to describe the extent of the scale of needs northwest Syria," Kevin Kennedy, the UN's Regional Humanitarian Coordinator for the Syrian crisis, told DW. "So, if the border were to be closed to UN shipments – we feed what, three million people a month there? It would be catastrophic," he added.

The remaining 13 members of the UN Security Council voted in favor of the measure. This is the second time in three days that both Russia and China have vetoed Syrian aid deals brought to the Security Council.

An earlier aid plan from Russia was rejected by the council.

The United States, China, Russia, the UK and France have veto powers as permanent members of the council.

According to the UN, there are millions of Syrians in the northwest of the country that depend on shipments of aid relief from Turkey. The internal conflict has now lasted for more than nine years and killed more than half a million people.