While EU leaders meet in the Romanian city of Sibiu to contemplate the future of the bloc, many Roma people still inhabit squalid settlements. Barbara Wesel reports.

It's a mere 30-minute drive from the Romanian city of Sibiu to the village of Altana, which feels like it is stuck in a bygone era. High up above the road, a stork watches from his nest, old Transylvanian farm buildings painted in pastel colors adorn the streets and a horse carriage sits by the crossroads. But a far-less-tranquil picture presents itself at the village outskirts, where a squalid Roma settlement extends across a muddy hill.

Dirt roads lead to the Roma settlement, and when it rains the entire area turns into a bog. A little girl peeks out of one of the huts and next door, a group of men are working on the structure of a new house. Many here traditionally inhabit huts made of wooden beams and clay, so being able to move into a small brick house is something quite special.

The Prikops are one such lucky family. Their home is slowly nearing completion, though they currently lack the financial means to build the interior. So for now the mother, father, and six children are still living in one of the typical clay huts, which measures just 4 square meters (around 44 square feet). It has an iron stove for both cooking and heating, and a fresh water tap can be accessed outside the hut, where a sea of mud also awaits anyone leaving the dwelling. In short: The settlement is a rural slum, the likes of which nobody would expect in present-day Europe. 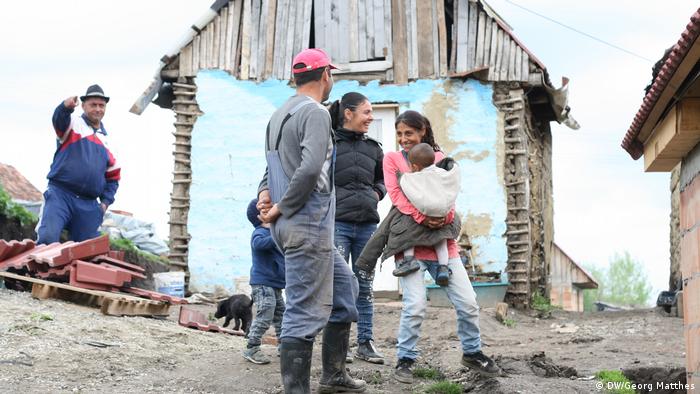 Romania has been ordered by the EU to implement a national strategy to better integrate its Roma population. But here on the outskirts of Altana, as elsewhere in rural Romania, precious little progress seems to have been made in this regard.

German activist Jenny Rasche came to Romania over 15 years ago to make a difference. Her charitable organization Kinderhilfe Siebenbürgen (Help for Transylvanian Children) gathers private donations to support the Roma people. Thanks to her help, the Prikop family could finish building the basic structure of their new home. But now, they need to wait for fresh donations to come in.

For a while, the father, Cosmin Prikop, earned a living in the building material trade. But Roma tend to make the minimum wage at best, and that does not suffice to feed an entire family. Cosmin, however, was eager to build a better home for his loved ones. "I asked the bank for help but they did not give me any money because of my small salary," he recalls. So the help of Jenny Rasche's organization was crucial.

Read more:  EC's Donald Tusk: 'There is no Europe without the rule of law'

Stuck in the poverty trap

It took Jenny Rasche a while to learn how to help Roma families break out of the cycle of poverty. She initially traveled to Romania to help homeless, neglected children. Soon, however, she realized that she had to address parents, and their homes, if she wanted to really help the children.

When Roma offspring live in mud huts and go to school dirty, they are ostracized. Also, they cannot study at school if they're malnourished, and when they lack clothing, books and school supplies. Today, Rasche's organization helps fund these necessities, though Roma families need to show initiative to receive extra support. Parents that go and find themselves a job, for example, are rewarded with additional groceries by her organization. 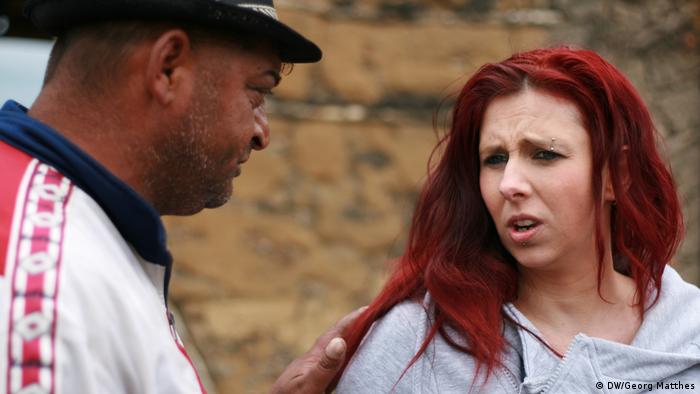 So far, only one in five local Roma kids attends school. Rasche's dream is that one day, all these kids will get an education and skills training, because this is the path to a brighter future. That requires hard work; even Roma children who manage to graduate from high school and enroll in vocational training programs still face an uphill struggle. Sometimes, Roma children are unable to attend school simply because their parents cannot afford the bus fare into the city.

Rasche's goal of helping the Roma community in and around Sibiu break out of the poverty cycle is a daunting challenge. But her pragmatic mindset allows her to see every little step towards this goal — be that a newly completed house, or a little Roma girl attending school — as a victory.

EU could do more to help

The European Roma community is the bloc's largest minority, and each member state is required to present a program to better integrate and foster this group. But European states are regularly chided for not doing enough, because while national governments are responsible for implementing these action plans, they often tend to have other policy priorities.

When you ask around in Romania what local authorities are doing to help the Roma community, many will tell you that corruption is a big issue. Rasche has tried for years to cooperate with local public administration, but all it did was place more hurdles in her way. She does not even try to apply for EU funding as she expects she will be unable to master the bureaucratic challenges involved. She thinks that Brussels should check much more carefully what EU funds are used for in Romania. 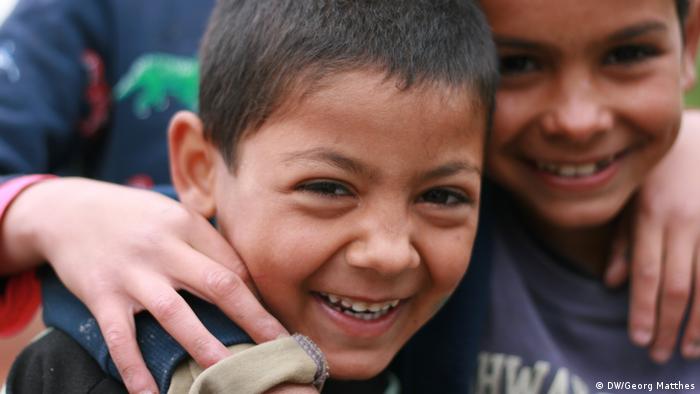 Money is not being spent properly

Despite these issues, Rasche is convinced that "Romania has benefited tremendously from being an EU member." She says that Romanian police forces and authorities can no longer simply mistreat Roma communities, dissolve their settlements and forcefully relocate them. Even so, the Roma community still lives in dire poverty.

Romania has been allocated €10.7 billion ($12 billion) in EU regional development funds for the 2014-2020 period. A portion of this money is earmarked to support the country's Roma community, yet there are insufficient checks on how this money is actually spent. And Brussels' calls to do more for the Roma people regularly fall on deaf ears.

The city of Sibiu has been given a face-lift for the EU summit. As usual, EU leaders only see what they they're supposed to see in the host country. But Rasche wishes that those leaders interested in a more "social" Europe would leave the town and "come here, to see what life really is like." Because for most visitors, seeing Altana's squalid clay hut settlement would really be a wake-up call.

Leaders of 27 EU member states are meeting in the Romanian city of Sibiu to discuss the bloc's future course after Britain's departure. They have announced a special summit at the end of May to assess the elections. (09.05.2019)

All eyes — and stomachs — are turned to Sibiu, a "European Region of Gastronomy" for 2019. Medana Weident reports from the heart of Transylvania on the area's rich culinary traditions and cheese secrets. (28.04.2019)