'Fake news' in France leads to attacks on Roma community

A French minister has condemned the spread of "fake news" and the "stigmatization of a community" after reports on social media led to attacks. Changes to the law are being mooted. 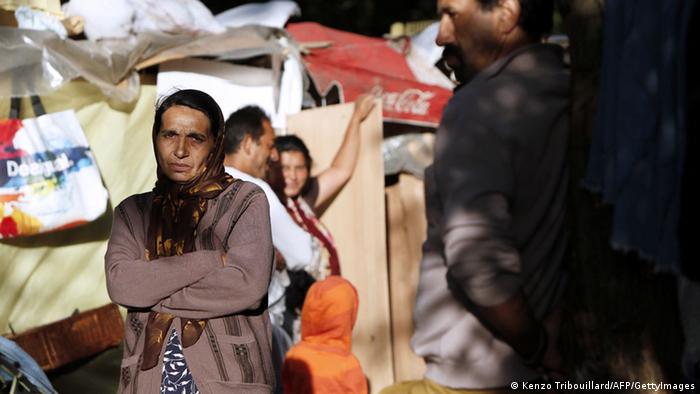 Government spokesman Benjamin Griveaux said French laws would have to be changed to deal with the kind of violence seen on social media platforms, and the attacks on the Roma community.

Griveaux said on Wednesday: "This kind of rumor, spread in a very viral and very organized way on social media, results in the stigmatization of a community" and violence "in the worst of its forms."

"We will have to adapt our penal and judicial responses to the violence that we see today, but also to the absolutely unacceptable targeting of the Roma community," he added.

Prosecutors in the Paris suburb of Bobigny said 19 people, including two minors, had been arrested on charges of violence, destruction by fire and taking part in armed groups during Monday night attacks on the Roma community.

A false rumor had spread on social media that members of the Roma community driving a white van were trying to kidnap children.

The police acted promptly to denounce what it called "fake news" on Twitter.

"Rumors about kidnapping children with a van are completely unfounded. No abductions have been proven," the Paris police service wrote on Tuesday. "Do not share this false information, do not incite violence."

Last year, France adopted laws allowing judges to order fake news to be taken down from the internet, but they only apply to election campaigns.

A 29-member expert group to tackle fake news has been launched in Brussels. Bulgarian EU commissioner Mariya Gabriel said Europe needed a joint approach that must be "carefully thought through." (15.01.2018)