Prime Minister Ludovic Orban's new government has won a confidence vote, ending a crisis that has held up the formation of the new European Commission. Romania's previous nominee was rejected by European lawmakers. 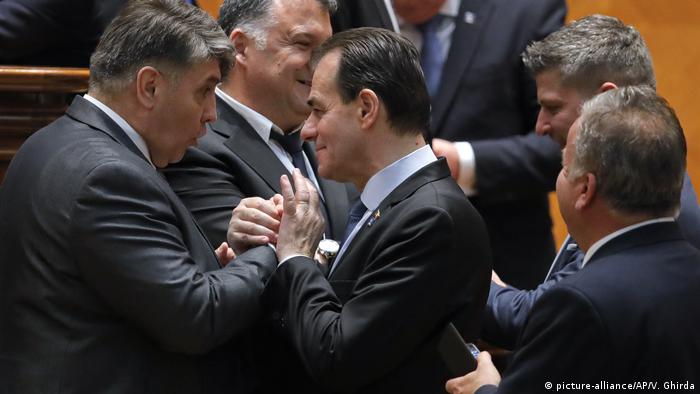 Romania's Parliament has passed a vote of confidence in the minority government of Prime Minister Ludovic Orban, ending a political standoff that had delayed the formation of a full European Commission team.

One of the new government's first tasks will be to nominate Romania's candidate for a commissioner at the European Commission, after the European Parliament rejected a previous nomination.

The political crisis in Bucharest has delayed the formation of the new European Union executive arm, to be headed by incoming European Commission chief Ursula von der Leyen.

Orban said he would also roll back some fiscal and judicial measures implemented by the Social Democrats. The previous government's legislation has been criticized by Brussels for undermining the rule of law, and expansionary fiscal policies have worried investors.

"We must assume the responsibility of making the justice system ... independent in Romania, without interference from politicians and other institutions," Orban told lawmakers.