Ursula von der Leyen has faced a new bump on the road to the European Commission presidency. Already a compromise candidate, her coronation has now been delayed — after three candidates for her team were rejected. 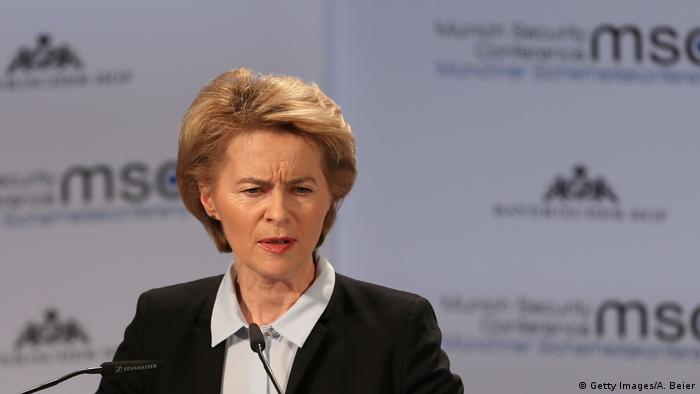 Germany's former defense minister Ursula von der Leyen was set to replace Jean-Claude Juncker as the head of EU's top executive body, the EU Commission, on November 1. However, EU lawmakers have now decided to delay the switch, a parliamentary spokesman said on Wednesday.

The move comes after the deputies rejected three of von der Leyen's nominees for the Commission, leaving her scrambling for replacements.

Parliamentary spokesman Jauma Duch said the assembly "took stock" of the hearings and wanted a "rapid appointment" of replacement candidates.

The spokesman also said von der Leyen was now expected to take the reins on December 1, confirming recent speculations by parliamentary speaker David Sassoli. The move poses a political blow for the German politician, who was brought in as a compromise solution to a stalemate following the most recent European Parliament elections.

Every EU member state is set to have a member in the European Commission, with von der Leyen set to serve as the representative for Germany. The UK is the only exception, as the country voted to leave the the EU in 2016.

However, members of European Parliament committees have already shot down candidates from Romania and Hungary over financial conflicts even before their official hearing. The French candidate, Sylvie Goulard, came under fire from lawmakers over an ongoing anti-fraud probe linked with staff payments during her time as a European Parliament deputy. She also faced criticism over her consulting work for a US think tank. The parliament voted overwhelmingly against Goulard last week, angering France's President Emmanuel Macron. The French leader blamed von der Leyen for the outcome.

The European Commission serves as the EU's executive branch. The body is in charge of proposing new EU laws and making sure that the existing laws are being upheld across the bloc.