Romania's Rovana Plumb and Hungary's Laszlo Trocsanyi had hoped to become European commissioners, but a legal committee has questioned their records. Their hearings in the parliament had been due to take place next week. 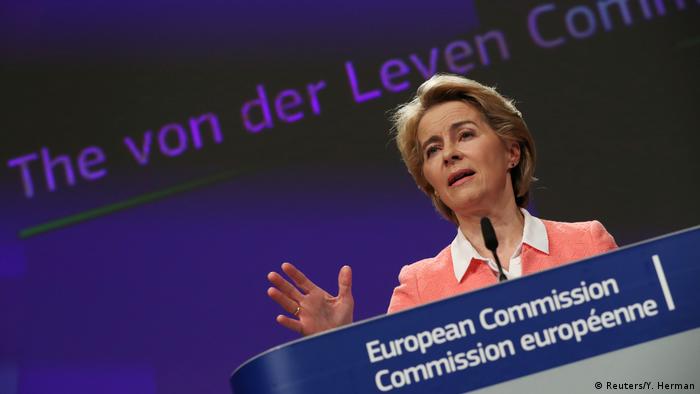 Ursula von der Leyen's plans as European Commission president-elect received a jolt on Thursday as candidates to become commissioners from Romania and Hungary were deemed inappropriate by the European Parliament.

The respective bids of Rovana Plumb of Romania and Laszlo Trocsanyi of Hungary should not be admitted to the next stage of the nomination process according to the European Parliament's legal committee.

Plumb was found to have conflicting financial interests while Trocsanyi's bid appears to be over because of concerns over ties to a law firm.

The news comes as Germany's former Defense Minister von der Leyen still reels from criticism of plans to rename the migration commissioner with the title "European Way of Life."

The decisions of the committee are not final, but a solution to the issues would need to be established quickly with von der Leyen set to assume her position on November 1.

In addition, the parliament is expected to put von der Leyen's proposed line-up to the vote after a series of hearings next month.

The 59-year-old Plumb, who had aspirations to become the European commissioner for transport, resigned as Romania's minister for European funds in 2017 after a property deal scandal.

Trocsanyi is a Hungarian former justice minister and belongs to the European People's Party, as does von der Leyen. He supported controversial judicial reforms by Prime Minister Viktor Orban's government. These proposals have since been withdrawn.

Trocsanyi had eyes on the role of neighborhood commissioner, but reaching that post will now be an uphill struggle.

The incoming chief of the European Commission has rejected calls to change the name for her new migration commissioner. The title "European Way of Life" is seen by some as redolent of far-right rhetoric. (16.09.2019)