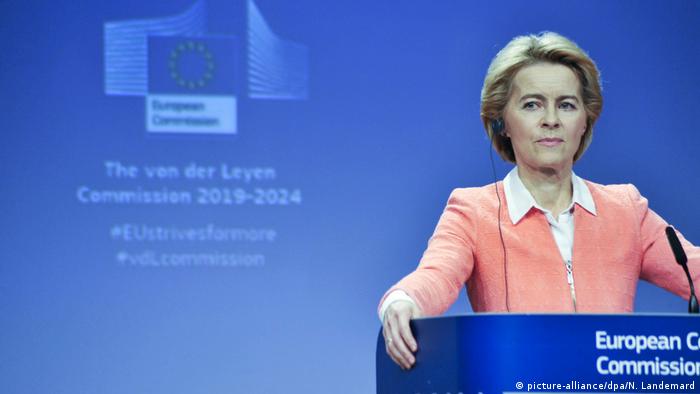 This is a blow to the former German defense minister ahead of the official hearing, which begins today to cross-examine all 27 candidates. Hungary and Romania are now obliged to put forward new candidates to replace Romania's Rovana Plumb and Hungary's Laszlo Trocsanyi.

German MEP Tiemo Wölken tweeted that the committee had found the two candidates to be "unfit to become commissioners." The decision is owing to concerns around alleged financial wrongdoing by both candidates.

Plumb was stymied over two loans which have raised suspicions of corruption while Trocsanyi, former justice minister under Hungarian Prime Minister Viktor Orban, allegedly broke the law by having his private law firm awarded government contracts.

Trocsanyi was set to take on the role of neighborhood commissioner, while Plumb was slated for the role of transport commissioner. Von der Leyen must quickly select replacements.

Hungary nominated a replacement on Monday afternoon, with Orban proposing diplomat Oliver Varhelyi as its commissioner for the next five years. He must still be ratified by both von der Leyen and the European Parliament.

Romania was yet to nominate a replacement candidate.

Trocsanyi described the decision as "blatant injustice" while Orban claimed that the decision was owing to Trocsanyi's work to "stop migration."

The vote was the second on the subject, following last week when the committee had already found Trocsanyi and Plumb "unable to exercise his or her functions in accordance with the EU treaties and code of conduct," as European Parliament spokesman Jaume Duch Guillot tweeted.

"In what democracies are deputies forced to vote until the desired result is obtained?" she tweeted. "We held our positions: the two candidates are rejected, but the attack on democracy and the weaknesses of this procedure remain."

Von der Leyen is set to assume her role on November 1. She previously received criticism over her plans to rename the migration commissioner and instead give him responsibility for "Protecting the European Way of Life."

None of the other candidates are expected to be rejected. The hearings begin on Monday and will last until October 8.

Every EU member state is represented by the EU commissioners, although the UK has not put forward a candidate as it is expected to leave the EU on October 31, a day before von der Leyen's official appointment.

Her proposed team boasts near-perfect gender parity for the first time in the history of the European Commission.