Laura Codruta Kovesi, who once led Romania's National Anti-Corruption Directorate, is on trial for malfeasance, bribery and perjury. Many see the charges as a ploy by the ruling Social Democrats to sabotage her career. 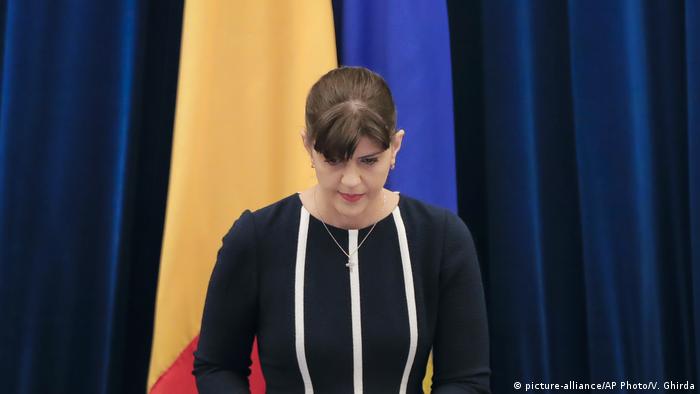 Laura Codruta Kovesi, who was dismissed from her position as chief prosecutor at Romania's National Anti-Corruption Directorate (DNA) in July, has irritated many politicians with her uncompromising stance on graft. And, since her firing by the ruling Social Democrats (PSD), Kovesi has been made to feel the wrath of the politicians she had targeted. Now, this campaign has reached a new low point, with Kovesi facing trumped-up charges of malfeasance, bribery and perjury.

Civil society and the majority of judges and public prosecutors back Kovesi. And acting President Klaus Iohannis has publicly lauded her work in the past. She is held in high esteem in the European Union and is regarded as the most likely candidate to head the bloc's new prosecutor's office. That is why she and her supporters suspected an effort to sabotage her career when the department that investigates "crimes" committed by judiciary officials — an agency set up by the PSD — scheduled a hearing for her on the same day that she would have traveled to Brussels to be interviewed for the job.

Even Victor Ponta, a former prime minister and PSD party leader and avowed opponent of Kovesi, seems to consider the timing suspicious, or, as he told a journalist, "a divine coincidence." Ponta will be one of the witnesses called to testify against Kovesi. 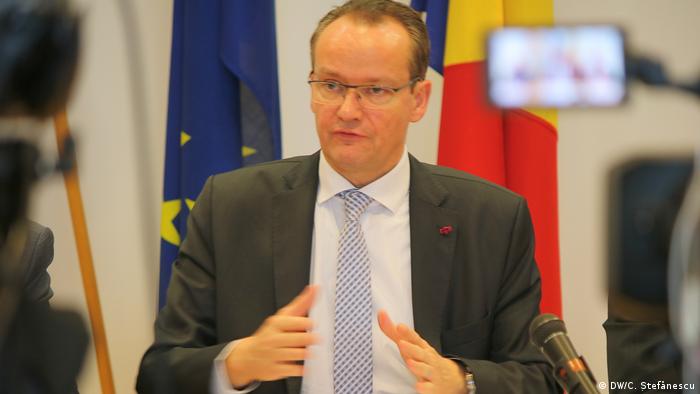 Kovesi has found a powerful ally in Krichbaum, a Bundestag lawmaker from Pforzheim

The case sure looks like an elaborate conspiracy. The dubious accusations leveled against Kovesi are based on a complaint filed in December by Sebastian Ghita, a fugitive businessman and former PSD parliamentarian. He claimed that nearly a decade ago, when Kovesi served as chief prosecutor, she coerced him into paying over €40,000 to Indonesian officials to ensure the extradition of a Romanian criminal who had fled the country. Ghita said this constituted malfeasance and bribery. Yet, curiously, two years ago Romanian police officially declared that they had footed the bill for a charter plane that transported the fugitive, Nicolae Popa. And Ghita, who fled Romania in 2016 and has since been granted political asylum in neighboring Serbia, has himself been charged with corruption.

The ongoing campaign to discredit Kovesi is obviously orchestrated by PSD head and government leader Liviu Dragnea, who has been barred from the post of prime minister because of his own conviction for malfeasance and vote-rigging. Dragnea and his allies have worked toward, and partially succeeded at, giving Romanian state officials immunity vis-a-vis the DNA. Together, they have also given the Justice Ministry greater control over public prosecutors. These attacks on the independence of the judiciary and the rule of law have drawn vehement criticism from civil society and the opposition, as well as from the European Parliament and Commission.

In a letter to the commission's vice president, Frans Timmermans, Gunther Krichbaum, the chair of the Bundestag's European affairs committee, called Kovesi's trial "politically motivated." Krichbaum, a member of Chancellor Angela Merkel's Christian Democrats, wrote that the trial is being used to "torpedo her promising candidacy to become the EU's chief prosecutor" and asked how much longer the European Commission would watch idly as Romania's government undermines the rule of law. At some point, he wrote, the commission may need to invoke Article 7 of the Treaty on European Union, which allows the bloc to sanction member states that violate EU norms. The timing of Krichbaum's criticism carries particular significance: Romania currently presides over the Council of the European Union.

Despite her domestic woes, Kovesi says she is optimistic about her application to become the EU's chief prosecutor. On February 26, she is expected to be interviewed by the European Parliament's Committee on Civil Liberties, Justice and Home Affairs. So far, she has not been banned from leaving Romania. And major rallies have been planned in Bucharest and other major cities within the country and abroad in support of Kovesi.