Over 20,000 took to the streets of Bucharest to protest the Social Democrat-led government. The demonstrations were organized by Romanian expatriates angry over widespread corruption and attacks on the judiciary. 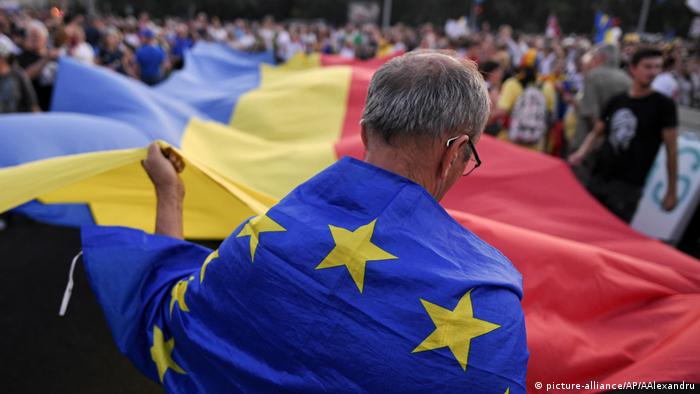 Tens of thousands of Romanians staged massive anti-corruption protests in the capital, Bucharest, on Saturday on the one-year anniversary of a violent police crackdown.

The demonstration was organized by groups of Romanians working abroad who are furious at what they say is widespread corruption, incompetent leadership, and attempts to weaken the country's judiciary. An estimated 3.5 million Romanians are working and living abroad, according to the World Bank.

The protests are also being fueled in part by anger over the recent rape and murder of a teenage girl, and the government's slow response. Police arrived 19 hours after the victim managed to make repeated phone calls to the country's emergency number telling authorities she had been kidnapped. 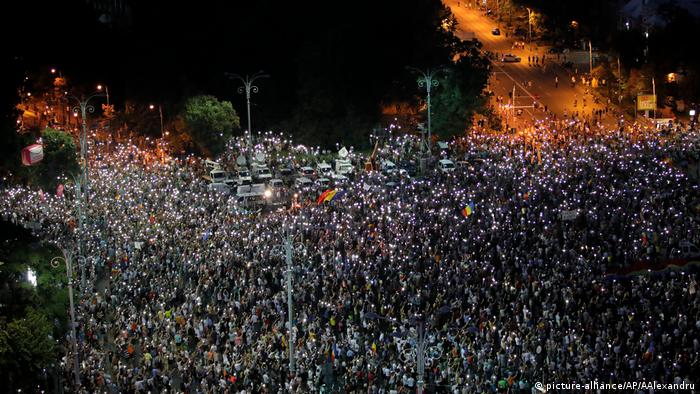 Tens of thousands gathered in Bucharest to protest what they say is widespread corruption and government incompetence.

"We want this government full of incompetents, corrupt people and thieves to go away because we cannot go on like this anymore," Bucharest resident Mihai Munteanu said.

Some carried signs with slogans like "Corruption kills" and chanted "Down with the government," according to local media.

"Anyone who takes care of things knows that cleaning must happen, be it a house, a garden or a country," said Octavian Traian Gatuna, a farmer from northwestern Romania.

"I'm here to... help draw attention to the fact that this country must be cleaned up," he said.

Romanians have staged a series of peaceful protests over the last two and a half years since the country's ruling Social Democrats came to power and introduced several legal changes that have been seen as threat to judicial independence.

One year ago an anti-government protest turned violent when riot police fired tear gas and were shown assaulting nonviolent protesters. Over 400 people were injured in the demonstration.