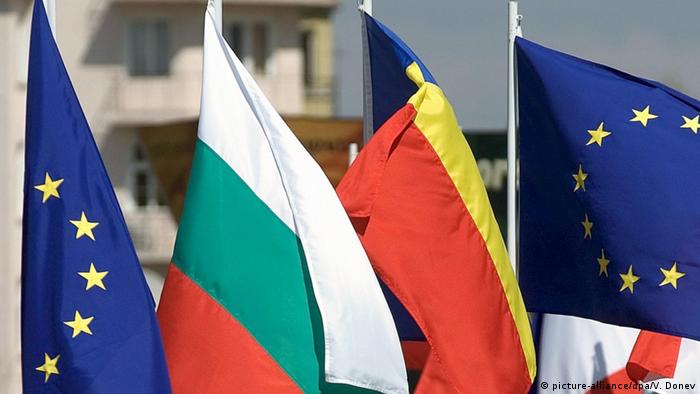 The European Commission released its report on Bulgaria and Romania on Tuesday. The annual studies, done to measure how far the two countries have progressed with required judicial reforms, the fight against corruption, and specifically for Bulgaria, the fight against organized crime.

For the second year in a row, the Commission found serious fault within the Romanian government, saying it had "great concerns" about Romania's "backtracking from the progress made" on rule-of-law reforms that were necessary for its accession to the EU.

"The evolution of the situation in the first months of 2019 was a source of great concern," the report continues, saying that if Bucharest does not make "a strong commitment to judicial independence and the fight against corruption," punitive measures may have to be taken.

Romania's Prime Minister Viorica Dancila was ousted in a vote of no confidence earlier this month after complaints of corruption in connection with the former leader of her Social Democratic Party, Liviu Dragnea, who has spent several years in prison over graft charges.

Conservative opposition leader Ludovic Orban is currently trying to form a new government, but if he cannot, early elections will ensue.

Even before Dancila took office in January 2018, the EU had complained that successive governments in Bucharest had worked to slowly weaken the national anti-corruption agency known as DNA and actively tried to impinge upon its investigations into corrupt officials.

Bulgaria, however, garnered a good report this year from the Commission, saying that Sofia has "worked consistently" to meet its commitments to tackling organized crime and judicial reform.

"The Commission notes in particular the commitment of the Bulgarian government to put in place procedures concerning the accountability of the prosecutor general, including safeguarding judicial independence," the report read.

There was also good news for Croatia, which is in the European Union but not in the 26-country free travel area known as the Schengen zone.

"I commend Croatia for its efforts and perseverance to meet all the necessary conditions to join Schengen," said EU Commission President Jean-Claude Juncker, calling on other Schengen members to "take the right steps" for Croatia to enter.

Zagreb was commended for its efforts to manage external EU borders. Both Croatia and Bulgaria are working towards Schengen membership.

With German carmaker Volkswagen postponing a final decision on building a new plant in Turkey, Bulgaria and Romania once again see a chance to win back the deal. But it's likely to be a bumpy road ahead. (17.10.2019)

Prime Minister Viorica Dancila has tried to put a brave face on proceedings but a confidence vote is on the horizon. The leader no longer holds a majority in parliament and will seek to be propped up elsewhere. (26.08.2019)