Roma: Discriminated in Serbia, unwanted in Germany | Germany | News and in-depth reporting from Berlin and beyond | DW | 10.08.2015

Germany regards Balkan states, like Serbia, as "safe countries of origin." It makes no difference that the Roma live on the fringes of society and are discriminated against. 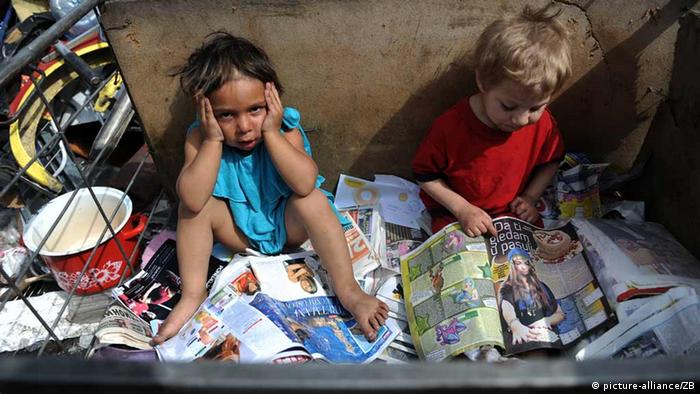 These past weeks, it's all about Dragan. The media report about people like him - and politicians express disgust - because Dragan and the likes of him allegedly take advantage of the generosity of Germany's welfare system.

Seated on a bench in front of the reception facility for asylum seekers in the leafy Bonn neighborhood of Muffendorf, the young Roma from Sabac in Serbia says "problems" took him so far from home. "I heard you can get asylum here, and get your life back on track."

Dragan, who asked not to see his real name in print, came to Germany with his wife and three children. He's waiting for a hearing with the Federal Office for Migration and Refugees (BAMF), where he will be granted a few hours to explain why he is seeking refuge in Germany. Dragan will speak of hardship in his native country, suspicious glances when he is seeking work and the provocation and abuse he suffers daily. "I will tell the truth, and then we'll see," he says.

The outcome is not likely to be what Dragan is hoping for.

He comes from a so-called safe country of origin, and he is young and healthy. Germany only grants people from the Balkans temporary shelter if they are seriously ill, BAMF President Manfred Schmidt told DW. Only one or two of 1,000 applicants are granted asylum status.

The Berlin government argues that political persecution doesn't exist in Serbia, Macedonian and Bosnia, just like in Albania, Kosovo and Montenegro, which are about to be added to the list of safe countries of origin.

Not everyone agrees. It's true, you can't charge these countries with politically persecuting the Roma, says law professor Norman Paech. "But the accumulated sordid situations these people experience does add up to cumulative persecution," Paech told DW. Germany, he says, disregards EU guidelines that define persecution more broadly than just an act by the state.

More than 90 percent of all asylum seekers from Serbia are Roma - a sad record for the region. According to official figures, 155,000 Roma live in Serbia. But the figure is misleading. The Roma National Council says many hush up their nationality for fear of discrimination. According to estimates, as many as 500,000 Roma live in Serbia. Many live in slums, often without running water, electricity or health care. Their children rarely go to school, and less than one percent of Roma in Serbia have an academic degree.

Those are facts shown in official Serb documents, and recognized by critics in the NGOs. 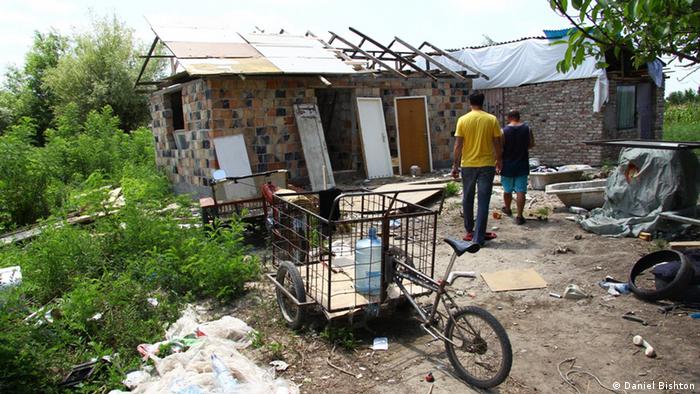 This Roma settlement in Belgrade was demolished in 2012

"The Roma in Serbia are seen as and treated like an inferior race," says Serb sociologist Dario Hajric, adding that Roma are described as filthy and dumb, as rapists and pedophiles. "Most people don't want Roma neigbors, friends, colleagues or family members," Hajric says. This attitude, he explains occasionally leads to attacks on the Roma or their ramshackle communities.

There are plenty of examples of this kind of racism. DW editors have deleted user comments on DW's Serbian-language page because the posts unabashadly called Roma "gypsy" scum and liars who produce countless children to get more social welfare.

The Belgrade government supplies ammunition for such racist remarks, Hajric points out. The powers that be aim for a pro-European image, but call thousands of citizens "professional false asylum-seekers." The Roma just "want German money," Serb Prime Minister Aleksandar Vucic recently told Süddeutsche Zeitung in an interview. Asked why the Roma of all people have such a hard time, Vucic said: "For historic reasons, Roma are traditionally very poor."

German politicians also do their bit to add to the mood, says Lina Hüffelmann, who advises asylum seekers for the city of Cologne's refugee council. With their statements, democratically-elected politicians make anti-Roma sentiments socially acceptable, she says. "This is not just about the Christian Social Union (CSU); people on the far right fringes and increasingly from the middle of society are raising their voices to join in," she says. All of this has an influence on the decisions taken by BAMF staff members, Hüffelmann warns, and recounts cases where even before the applicant's asylum hearing had taken place, officials had on their desks fully completed rejections.

Does Dragan know what German politicians think about him, about the Roma?

The young man smiles nervously and nods. In Germany, his family will receive 143 euros ($157) per month per person - but he says that's not why he came. "Perhaps some people come because of the money, but many flee from actual problems." He gives the impression of a man who knows that he will not be granted asylum. In three or four months, Dragan will be back in Sabac. While politicians are working on speeding things up, that's currently how long average asylum procedures take for applicants from safe countries of origin.

German Foreign Minister Frank-Walter Steinmeier has justified the idea of extending a list of "safe countries of origin." The status makes it more difficult for Balkan migrants to be granted asylum in Germany. (08.08.2015)

Giving people an incentive to stay in their native countries is a much-quoted goal of European refugee policies. The example of the Balkans shows how difficult that is in practice, says DW's Christoph Hasselbach. (04.08.2015)

Sinti and Roma people from around Europe have gathered in the Auschwitz concentration camp to remember victims of the Nazi Holocaust. August 2 is designated as Roma Holocaust Memorial Day. (02.08.2015)