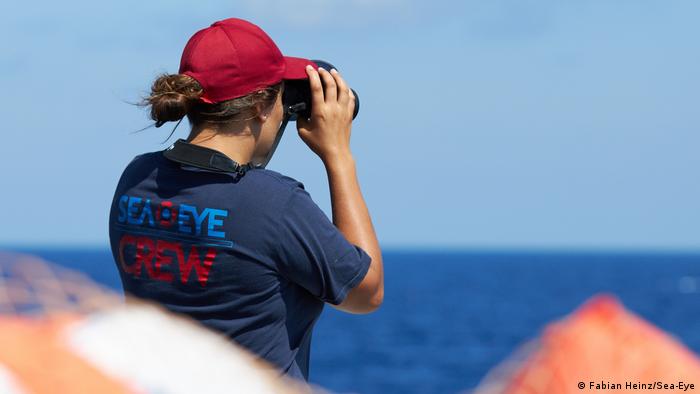 The International Organization for Migration (IOM) and UN Refugee Agency (UNHCR) have called on the EU to implement a series of measures aimed at assisting people trapped in Libya or at risk of dying on the Mediterranean Sea. The suggestions include restarting a program of organized sea rescues.

"In the past European State vessels conducting search and rescue operations saved thousands of lives, including through disembarkations in safe ports," the IOM and UNHCR noted in a statement on Thursday. "They should resume this vital work and temporary disembarkation schemes should urgently be established to share responsibilities within Europe. NGO boats have played a similarly crucial role on the Mediterranean and must not be penalized for saving lives at sea."

From November 2014 to February 2018, the EU's border control agency, Frontex, conducted Operation Triton, which replaced a 2013-2014 Italian mission to save migrants called Operation Mare Nostrum. Those missions, which brought at least 150,000 migrants safely to Europe, have either ended or been significantly cut back in scope.

Independent rescue operations such as Sea-Eye (pictured), which rescued 44 people near Libya earlier this week, have attempted to fill the void left after earnest EU efforts ceased, but non-government organizations face increasing persecution from governments such as Italy's, which has tried to frame their efforts as criminal. Germany's government has formally requested that Italy open its harbors to displaced people rescued at sea, but the country has frequently refused, often forcing vessels to seek refuge in Malta, which has occasionally begrudgingly permitted the boats to dock in its ports.

The Red Crescent continues the search for what officials believe will eventually be the bodies of more than 80 people killed while attempting the crossing — which would make it one of the highest tolls for such disasters to date. Sixty-five displaced people heading for Europe from Libya drowned in May when their boat capsized off Tunisia.

Read more: On average, one migrant child has died per day since 2014, UN reports

The UNHCR and IOM also called on EU nations to get thousands of migrants out of a dire situation in Libya, saying countries should "consider the protection of the human rights of migrants and refugees a core element of its engagement in Libya."

"As a priority we ask that 5,600 refugees and migrants currently held in centers across Libya be freed in an orderly manner and their protection guaranteed, or evacuated to other countries from where accelerated resettlement is needed," the UN bodies said, adding that migrants wishing to return to their countries of origin should continue to be able to do so.

The organizations also called on the European Union and partners to address the conditions faced by people who remain in Libya, which is currently fighting a civil war. Airstrikes killed dozens of displaced people in the town of Tajoura on July 3.

"As of yesterday, the Tajoura Detention Centre itself is closed, and some 400 attack survivors have been moved to the Gathering and Departure Facility," the agencies reported. "That center is now badly overcrowded and work is ongoing to secure the evacuation of these people, particularly the most vulnerable, from Libya. However, many other refugees and migrants remain in detention elsewhere in Libya where suffering and risk of human rights abuses continue.

"A safe, managed process of release, with proper information on available assistance, is essential for all," the UNHCR and IOM said.

Kigali is hitting back at critics, justifying the controversial deal to relocate asylum-seekers in Britain to Rwanda. Human rights groups and the United Nations have slammed the agreement as "unethical."