A German rescue boat has picked up 44 people that were stranded off the Libyan coast. The rescue comes a day after the same boat handed over 65 migrants to Malta. 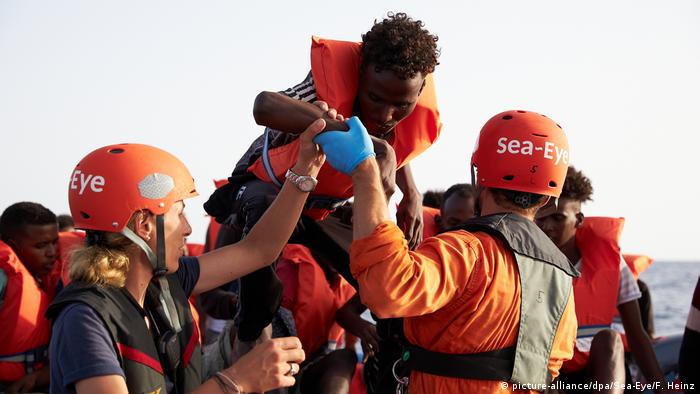 The "Alan Kurdi" vessel operated by Sea-Eye rescued 44 migrants on Monday in the Mediterranean Sea near Libya.

Sea-Eye wrote on Twitter that the Maltese navy had aided the rescue attempt: "The Alan Kurdi has rescued 44 persons from a wooden boat in cooperation with Maltese authorities."

The German rescue mission added: "A ship of the Maltese Navy is now on its way to take the people from the Alan Kurdi and bring them to Land."

The Maltese authorities, however, have not confirmed their participation.

On Sunday, Malta agreed to take 65 migrants who had been saved by the Alan Kurdi after Italy refused to grant the ship entry to its ports.

Last month, Carola Rackete, the German captain of the ship Sea-Watch 3, transported 40 migrants to the island of Lampedusa, breaching Italian orders not to enter the port.

She is still under investigation in Italy, despite being released from house arrest last week. Italian judge Alessandra Vella ruled that the 31-year-old had not acted against the law when she refused to comply with a ban on entering Italy's territorial waters.

Germans march in solidarity with Sea-Watch

Thousands of people took to the streets in cities across Germany to support Carola Rackete and the Sea-Watch rescue group. (06.07.2019)