Sea-Watch 3 captain Carola Rackete has pleaded with authorities not to be distracted from the humanitarian crisis off the coast of Libya. She said the EU needs to stop cooperating with the Libyan coast guard. 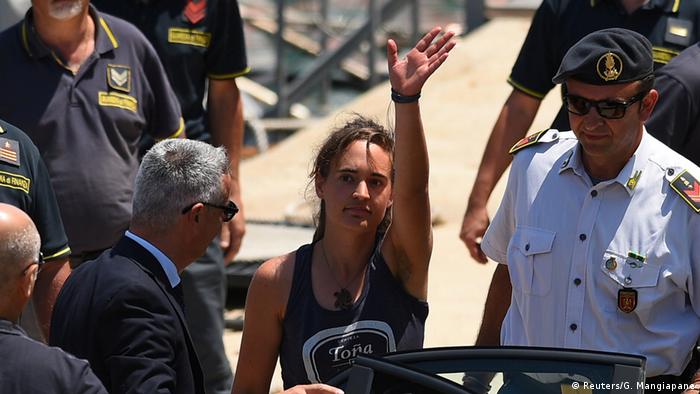 Carola Rackete urged authorities on Wednesday not to focus on her situation and concentrate instead on what she said she sees as the real issue — the refugees fleeing conflicts who are stranded in the Mediterranean Sea and the European Union's lack of action to help them.

The 31-year-old was German arrested last month after colliding with an Italian customs police boat  while docking at Lampedusa. The rescue vessel had 40 migrants on board at the time after the Sea-Watch 3 had rescued them off the Libyan coast.

'Every day there are boats departing'

"While there has been a lot of focus on me, the situation continues just as before," Rackete said in a statement released by the Sea-Watch non-profit organization. "Every day, there are boats departing, every day, people flee from Libya, a country at civil war.

"The Libyan coast guard, which is equipped and financed by the European Union, brings people back to that country at civil war where they are exposed to a lot of very well documented human rights abuses. They are kidnapped. They are tortured. They are sold as slaves. There is forced labor and there are sexual abuses," she added.

Rackete also called on the European Union to stop cooperating with the Libyan coast guard and for European politicians to create a framework in which cities ready to accept asylum-seekers are allowed to do so. 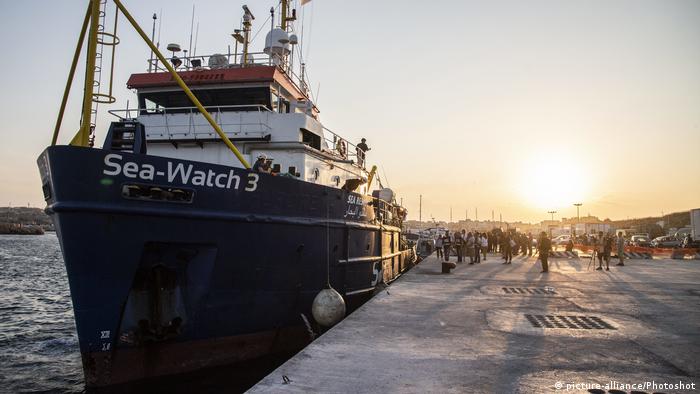 The Sea-Watch 3, docked at the Italian port on the island of Lampedusa

The German-flagged Sea-Watch 3 has since been impounded with its owner facing a fine of around €50,000 ($56,000) for the infringement. Rackete called for the ship, and others confiscated by the Italian government, to be returned "so we can prevent the dying at sea."

Rackete, who was recently branded a "rich and spoilt German communist" by Italian Interior Minister Matteo Salvini, added: "What we demand is very clear. All the civilian rescue ships which have been detained must be freed so that rescue once again becomes possible."

Rackete is no longer under house arrest but remains under investigation for defying orders by docking the boat.