The EU's top Catholic bishop, German Cardinal Reinhard Marx, has urged the continent not to fall back into nationalized mindsets. He says Europe must avoid fences between rich and poor, akin to the US border with Mexico. 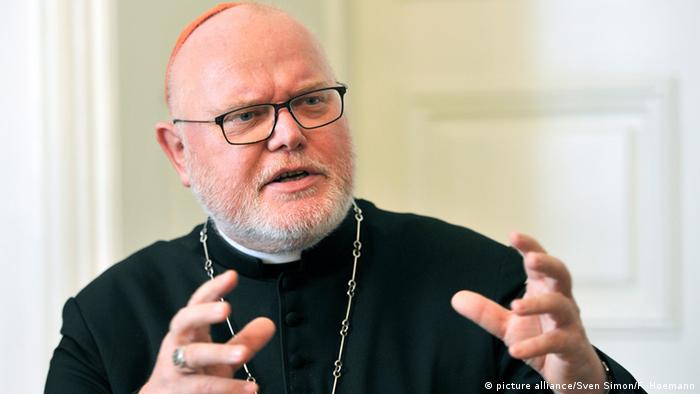 Marx, who chairs conference groupings of German and EU bishops, told a Catholic forum in Berlin Sunday that he had never been so worried as he was now about shifting opinion in Europe amid its crises over refugees and recent euro zone bailouts.

Unifying Europe was a post-war peace project supported by Christians and the European idea must not fall into decline, said the Munich-based Cardinal, who added that the EU was not just an economic entity.

Europe must not fall back into old patterns, Marx said, adding that he saw a deeply worrying trend toward "renationalization" in spite of decades of joint European arrangements.

The church expected refugees arriving in Europe to be "treated humanely" and handled via fair and transparent procedures, Marx said.

Isolationist moves akin to the fortified US border with Mexico to separate poor and rich should not emerge in Europe, he said, adding that capitalism was making inequalities greater between poor and rich.

Merkel's coalition urged to 'stand together'

Marx urged Chancellor Angela Merkel's coalition of conservatives and center-left Social Democrats (SPD) to "now stand together," referring to voter disquiet in Germany over its receipt of more than one million asylum seekers since last year began.

Merkel's coalition must explain to the public, step by step, how the current challenges, for which there were "no simple solutions," would be managed over the next one or two years, Marx insisted.

The refusal of Eastern European member nations, such as Poland, to take in EU quota allocations of refugees required "a little bit more appreciation" in Germany, said Marx.

He acknowledged that Polish-German relations were currently precarious, but did not expect a falling apart. Catholics in Germany must uphold contacts, he said.

Marx's remarks coincided with further condemnation by all parties represented in Germany's federal Bundestag parliament of suggestions by leaders of the right-wing populist Alternative for Germany (AfD) party that police could resort to using guns to stop refugees crossing Germany's border.

Peter Tauber, general secretary of Merkel's Christian Democrats (CDU) party said the AfD had unmasked itself, adding that 25 years ago, the fall of the communist East German regime had ended GDR regime orders that its guards shoot escapees.

The AfD shot into the headlines Saturday over an interview given by its federal chairman Frauke Petry to a Mannheim newspaper. 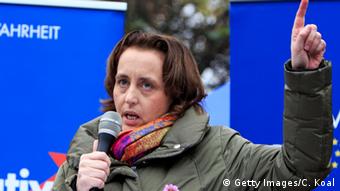 Radek told public MDR broadcasting that "illegal entries" by refugees were no grounds for police to use weapons as a defense against immediate danger.

Armed force against which refugees?

Deputy AfD chairwoman Beatrix von Storch, a European parliamentarian who heads the party's Berlin branch, replied "yes" on her Facebook site to a user's question on whether armed force should be used to stop women and children at the border?

On Sunday, von Storch, a trained jurist, added: "Against children the used of armed force is rightly not allowed. Women are in comparison to children mature."

Therefore, claimed von Storch, the use of guns against women refugees could be permissible "within narrow statutory limits."

"Someone who doesn't accept the halt [requirement] at our border is an aggressor. And, against attacks we must defend ourselves," said von Storch, according to a Facebook quote relayed by the German press agency DPA" 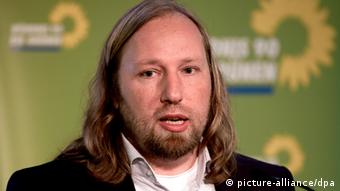 Refugees who had trekked through Balkans were already "in safety in Austria," she added.

The leader of the Greens Bundestag group Anton Hofreiter told the Munich-based "Süddeutsche Zeitung" newspaper that the AfD was "at least in part a radical right-wing party" and said Petry's utterances reflected a "disgusting mindset."

The current designation of the AfD as a right-wing populist party has, Hofreiter said, now been proven to be inaccurate and a trivialization.

A doctor is rekindling belief that Germany can manage its refugee crisis by sharing harrowing details from his work with newly arrived migrants. His Facebook post has been shared more than 245,000 times in a few days. (31.01.2016)