Alternative for Germany (AfD) leader Frauke Petry has said police should have the right to shoot illegal migrants at the border "if necessary." The comments have been met with outrage from opposing politicians. 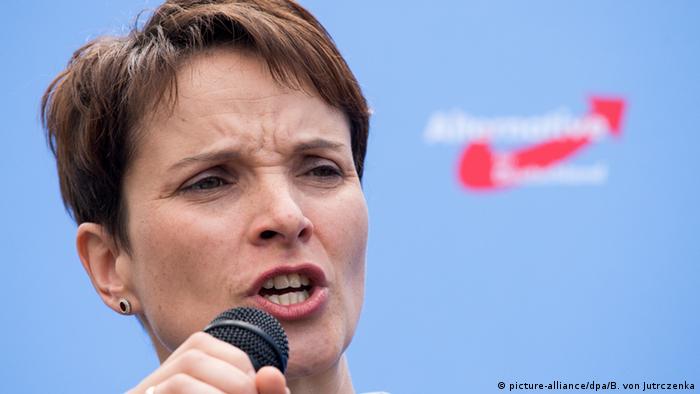 Speaking during an interview with the Saturday edition of German newspaper "Mannheimer Morgen," Frauke Petry said border guards "must prevent illegal border crossings and even use firearms if necessary."

"It's in the law," she said, to which the paper asked, "There's a law in Germany that contains a firing order?"

"I didn't use the word 'firing order,'" Petry responded, adding that no police officer would want to shoot a refugee.

"I don't want that either. Armed force is the last resort," she said, arguing that agreements with Austria and EU border checks are paramount in preventing the situation from escalating.

"We need comprehensive controls to prevent so many unregistered asylum seekers from crossing the border," Petry said.

Petry did not provide an answer on how she or her party proposed to control Germany's borders, saying that the paper was trying to provoke her into creating the headline "Petry wants border fences." 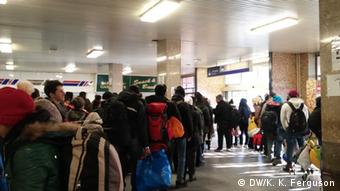 The AfD leader's comments were met with outrage on Saturday. The parliamentary leader of the Social Democrats (SPD), Thomas Oppermann, said Petry had "completely lost her way politically."

"Her proposal is reminiscent of the firing order in the GDR," Oppermann said, adding that the "last German politician who was shooting at refugees was Erich Honecker," who led the former East Germany from 1971 until the fall of the Berlin Wall in 1989.

Green Party politician Volker Beck said Petry's statement showed "that the AFD have their daggers drawn against the law."

"This shows that the party is really dangerous," Beck said.

In a bid to tackle the ongoing refugee crisis, Germany reintroduced checks at the Austrian border last September. Since then, German Interior Minister Thomas de Maiziere has extended the controls several times, most recently in November. He has also said he could imagine continuing border checks until the refugee crisis is solved. 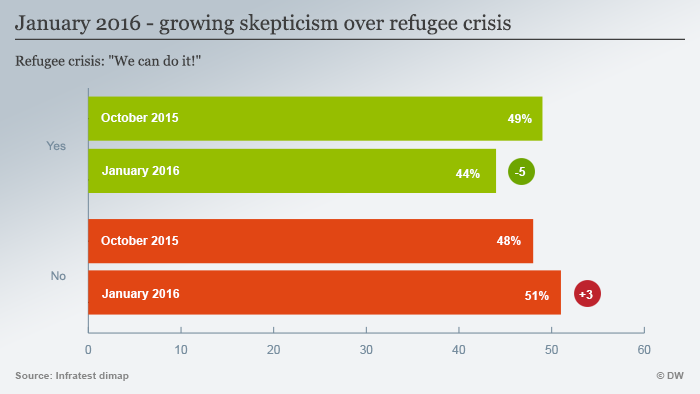 In comments published by German news magazine "Der Spiegel" on Saturday, de Maiziere said the refugee crisis needed a solution within a matter of weeks.

"We want clarity by the time spring arrives," the interior minister said, adding that the German government needed to ensure that the influx of refugees doesn't massively increase again when weather conditions improve. 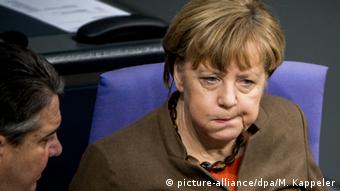 Angela Merkel is under growing pressure to resign, a poll showed

Arriving in the town for a Christian Democratic Union (CDU) party conference, Merkel was greeted with chants of "traitor" and "Merkel out!"

The chancellor's popularity has fallen in recent months, particularly as the numbers of asylum seekers entering Germany from the Middle East and North Africa have increased.

According to an Insa opinion poll, published Friday by "Focus" magazine, two in three AfD members are in favor of the chancellor resigning. The survey also found that 39.9 percent of Germans considered Merkel's refugee policy to be grounds for her to step down.