Refugees sue Germany for lagging on asylum applications | Germany| News and in-depth reporting from Berlin and beyond | DW | 29.01.2016

More than 440,000 refugees filed for asylum in Germany in 2015. According to the interior ministry, an increasing number of them are taking their cases to court because of wait times on their applications. 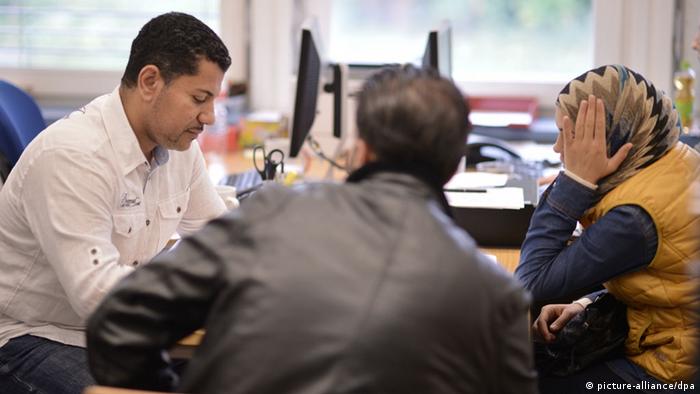 Officially, the Federal Office for Migration and Refugees, known in Germany as BAMF, projects a wait of three to six months to review asylum applications. But, with the number of refugees in Germany rising rapidly since 2014 and topping 1 million people last year, hundreds of thousands of cases have laid untouched for months.

"These people are trying to use inaction lawsuits to get their asylum petitions decided in an appropriate amount of time," Maximilian Pichl, a legal consultant with the German group Pro Asyl, told DW. "That way the courts will require BAMF to finally make a decision."

"Many lawyers and people affected don't see any other alternative," Pichl said. "You have to picture that these people are sitting in camps for years on end without any prospects. Their families aren't with them, they have no job prospects, nothing." 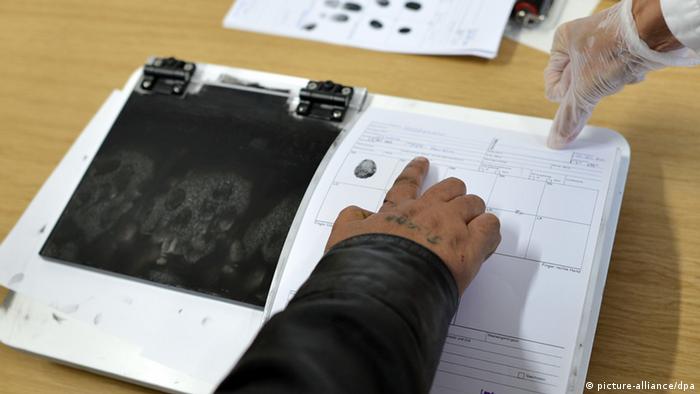 The plaintiffs in these cases are primarily refugees who arrived before 2014, back when no one had expected that more than 1 million people would arrive in Germany in a relatively short period last year.

"These cases always take a long time, so this has nothing to do with the refugee numbers from last year," Pichl said. "In January 2015 - before the summer of the huge number of refugees - we already had 200,000 cases not moving forward."

According to BAMF, however, the average time needed to assess applications has increased, with roughly 60 percent of cases in 2013 being processed within six months and closed within one year. Between 2013 and 2015, however, the number of first-time cases increased from just under 110,000 to roughly 440,000.

The Interior Ministry has responded to the crisis by increasing its staff by 40 percent, opening 20 new field offices and giving about 400 people the power to decide on old cases. Pichl said BAMF's bureaucratic procedures and prioritizing of people by national origin were two factors that had slowed the system and part of the reason why the number of claims filed last year - 440,000 - lies well below the estimated 1 million refugees who have arrived in Germany.

It can take people up to half a year after arriving in Germany to "be invited" by BAMF to apply for asylum, Pichl said, stretching the entire process out to two years in some cases. 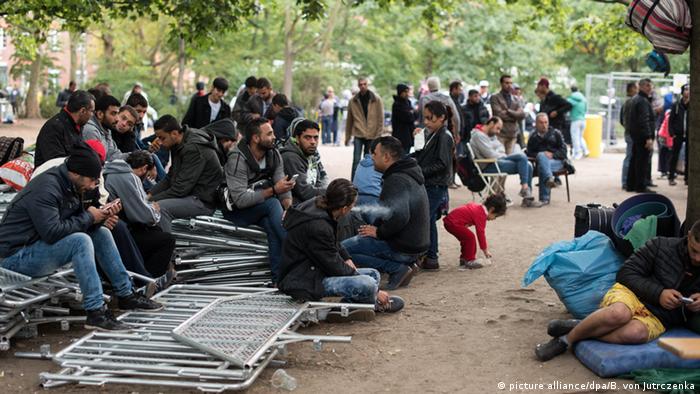 Refugees have also sued the Berlin Health and Social Affairs Ministry, charging that it has inadequately responded to basic needs

"It's important that the courts make it clear to BAMF they finally decide in a just, orderly procedure and effectively, too," Pichl said. And the courts have, in fact, already ruled against BAMF in at least one previous case.

A Somali man who fled the terror group al Shabab sued the migration agency in October, by which time officials had failed to rule on his asylum request for a year and a half. Although the interior ministry could have been slapped with a fine for inaction, the Osnabrück court decided instead to give it a three-month deadline to close the man's case, acknowledging that the mass arrival of refugees over the past several months had contributed to the slow response.

With the continued arrival of refugees, the number of lawsuits could grow, which Pichl said could be a positive thing.

The system is forcing these people to remain passive, he said, but the rise of lawsuits means that refugees have a way "of dealing with this situation independently."

Lawyers have filed a lawsuit against Berlin's social affairs minister over dangerous conditions for refugees waiting at the city's LaGeSo authority. There have been several injuries, exhaustion and cases of hypothermia. (08.12.2015)

Foreigners convicted of serious crimes could be evicted from Germany under a draft bill adopted by Chancellor Angela Merkel's cabinet. The move comes four weeks after New Year's assaults in Cologne. (27.01.2016)