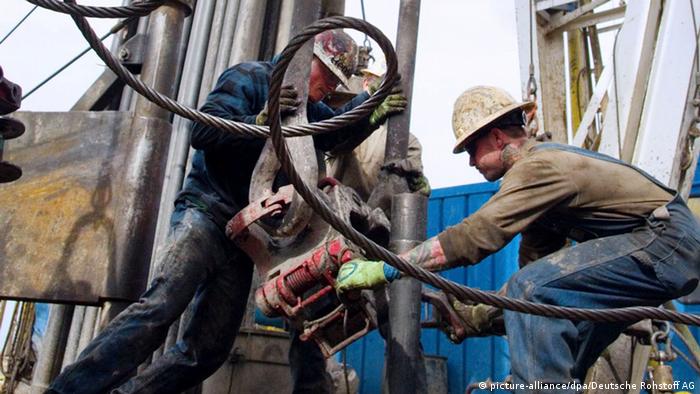 The controversial method is widely used by the United States to boost its shale oil and gas output but is widely discouraged in Europe, in all but Britain, Poland and Romania. Germanys environmental agency has already warned against it.

On Wednesday, Denmark said it had stopped its first exploratory well for shale gas, accusing the French concern Total of using an unauthorized chemical. 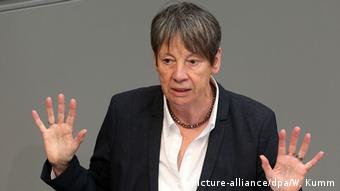 Only under "strick rules," says Hendricks

Any ban required, however, a scientific basic of argument, Hendricks said, adding that she was open for suggested bill amendments.

The draft adopted by Merkel's cabinet in April would allow strict fracking trials from 2016 and only allow it in geological strata below 3,000 meters (9,842 feet). It would be banned in water supply catchments, also used by Germany's mineral water bottlers and breweries.

Commercial extraction of natural gas could start in 2019. 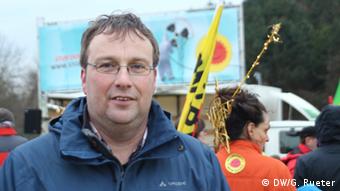 Only a fossil fuel "escalation," says the Greens' Kirscher

"One doesn't have to be a prophet to know that the United States will pay dearly for [its] short-term gas boom," Krischer said, adding that it would end up having to drink "poisoned" groundwater.

Opinion had already been split among Merkel's own CDU. One hundred of her deputies recently demanded additional exclusion zones to protect ground water, ahead of Thursday's first bill reading. 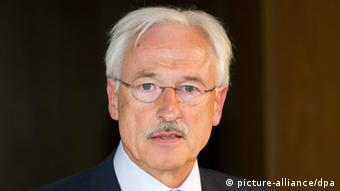 "The draft bill goes too far in some points," said the association's chairman, Gernot Kalkoffen.

Germany's 50-year practice of extracting its own gas from natural underground chambers had sunk since 2004 from 20 to 10 percent of overall supply, he said.

In consequence, Germany imported more natural gas from countries in which less strict environmental standards were applied, Kalkoffen said, in an indirect reference to exporters such as Russia.

Fracking or hydraulic fracturing is a process used to extract gas or oil from shale rock by injecting a mixture of water, sand and chemicals at high pressure into underground strata to release fossil fuel hydrocarbons deposited eons ago.

Last month, the US Geological Survey (USGC) said central and eastern US areas were increasingly being jolted by earthquakes triggering by drilling fluids used in fracking.