The Federal Office for Migration and Refugees (BAMF) has been struggling to process asylum applications. Could job losses at the office be the reason? 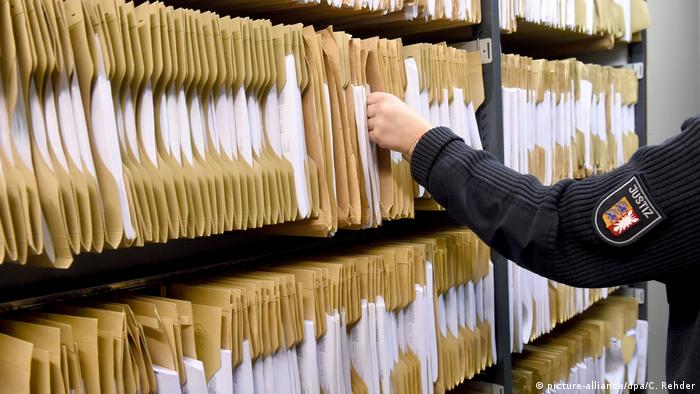 German authorities have been taking far longer to process asylum requests compared to the beginning of the year, according to German daily Nüremberger Nachrichten.

Citing an internal document from the Federal Office for Migration and Refugees (BAMF), the newspaper said on Tuesday that the number of cases processed per month fell from 50,000 in the first months of 2017 to between 15,000 and 18,000 in recent months.

The negative trajectory was reflected in the longer amount of time taken to process new requests. Whereas authorities were able to process a new asylum application in around one and a half weeks in January, some recent applications needed up to two months to process.

Almost 52,000 older applications were still unprocessed by the end of September with some of those applications stemming from 2015. Authorities had earlier said they wanted to process all applications that were started in 2016 before May 2017.

BAMF's challenges also appear to include their management of German-language courses for refugees.

In September, only 28,000 refugees were admitted to language courses, despite authorities having previously aimed to admit 56,000. On average, refugees admitted to a course have waited six months before starting it.

The courses themselves have not been a rounding success.

According to statistics from September, 3,000 course participants were successful in achieving an adequate command of German by the end of the course. An additional 3,000 failed to do so.

Half of all those who had been admitted to a course were deemed "inactive" because they had not showed up to classes over the previous nine months.

The longer processing times have come as BAMF has been reducing its workforce.

The office had previously employed almost 10,000 people. In September, that number was down to 7,800 with half of those employed engaged on temporary contracts.

Among German Chancellor Merkel's biggest challenges to building a new coalition government with the Free Democrats and Greens will be migration and refugee policies. Migration fears helped push voters toward the AfD. (27.09.2017)