Refugee pushbacks by Cyprus draw attention from EU, UN | Europe | News and current affairs from around the continent | DW | 16.09.2020 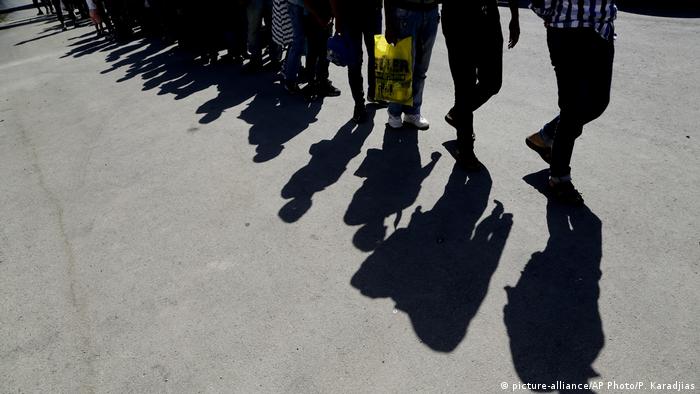 At least six vessels that had departed from Lebanon have been prevented by the Cyprus Port & Marine Police from mooring or disembarking their passengers so far in September. In some cases, the government appears to be invoking the coronavirus pandemic to sidestep the right of displaced people to apply for asylum by intercepting boats just short of the coast and turning them away — a practice that exposes the passengers to the acute dangers of the sea, as well as potential legal repercussions upon their return to Lebanon.

"UNHCR has received credible reports of incidents involving overcrowded boats that are not allowed disembarkation due to measures against the COVID-19 pandemic," said Katja Saha, the Cyprus representative of the UN Refugee Agency, which has repeatedly asked governments not to make the coronavirus an obstacle to asylum. "Boats have either been forced to return to the high seas or have been left at sea for a long time."

Pushbacks are a common border agency tactic to keep displaced people from national territory, where they would have the right to apply for asylum. Cyprus' government began employing the pushbacks in March, when measures to combat the coronavirus pandemic were introduced.

In one well-reported incident, on March 20 armed marine police ships prevented a boat launched from Turkey carrying 175 displaced Syrians, including 69 children, from entering the port on the eastern coast of Cyprus. The authorities followed the boat to Turkey-controlled northern Cyprus, where they were received by the Turkish Cypriot authorities and, according to media in northern Cyprus, sent to Turkey.

"The police will not allow entry to the Republic of Cyprus to any person without the necessary permission from the authorities — on the grounds or the territorial waters of the Republic of Cyprus in violation of the Ministerial Decrees — because of the imminent danger of spreading the coronavirus," police spokesman Christos Andreou said at the time.

The European Union has designated Turkey as a safe country even though it has sent displaced people back to Syria, where a civil war is ongoing, and, in some cases, individuals are likely to face persecution. Returning individuals to a country where they will likely face human rights violations, which is known as refoulement, is prohibited by international law.

"The approach of the Cyprus government — namely the failure to provide an individual, fair and effective procedure to screen asylum-seekers — is not compatible with EU and international norms," the prominent human rights lawyer Achilleas Demetriades told DW. He said such tactics "amount to a collective expulsion of foreigners, which is contrary to the European Convention on Human Rights." 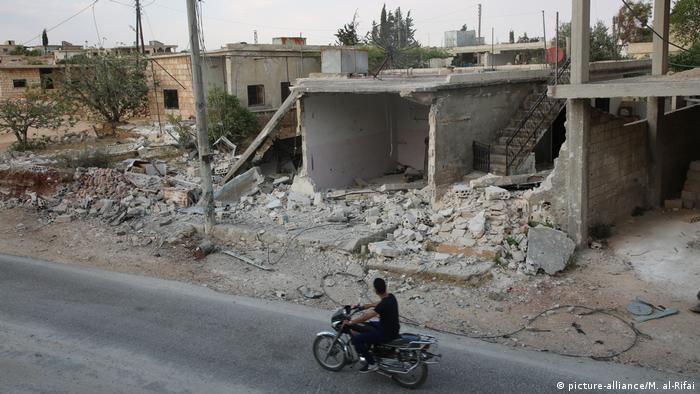 As the use of the practice has increased, Cyprus has caught the attention of international observers. Emilia Strovolidou, the UNHCR's public information officer in Cyprus, told Kathimerini Cyprus that intercepting vessels carrying displaced people could violate Article 33 of the Geneva Convention and called on the government to end the practice.

And a European Commission spokesperson told Kathimerini Cyprus that the government of Cyprus had the strong support of the EU executive on issues related to migration issues and that the Commission is prepared to increase that support. However, he said, reports of refoulement would be taken into serious consideration: The support offered to Cyprus is based on compliance with EU regulations, after all.

On September 1, the marine police intercepted a small craft off the coast and transferred the 21 Lebanese and Syrian citizens aboard to a chartered private vessel. The marine police escorted the boat more than 200 kilometers (120 miles) back to Lebanon.

Some of the Syrians on board said they had traveled to Cyprus to reunite with relatives who had asylum status there. Their family members in Cyprus accused authorities of not allowing their relatives access to the asylum procedures and sending them back to Lebanon. A Syrian with asylum status in Cyprus told DW that his family members were arrested upon the boat's return to Lebanon and have been threatened with refoulement to Syria on the grounds that they had left Lebanon illegally.   "The fact that these people were sent back is very alarming, since some of the Lebanese will face criminal charges for illegal exit from the country," said Doros Polykarpou, the executive director of the anti-racism NGO KISA. "But the case is even worse and more dangerous for those Syrians who are eligible to serve in the army, since they might be sent off to the Syrian army directly, because of Lebanon's collaboration with Syria."

A boat pushed back by marine police on September 5, ran aground on the rocks in the UN-administered buffer zone between the Turkey-controlled northern Cyprus and the EU member south. The 51 passengers, among them 11 children, were able to disembark and were then transferred by UN officials to the Asylum Service of the Republic of Cyprus.

A Lebanese passenger now being held at Pournara Emergency Reception Center told DW that the boat had neared the coast after four days at sea and was intercepted by the marine police, who steered their ship in circles to create waves, which ultimately caused the crash. The man, who asked that his name not be used, said some passengers who had been with him at Pournara had already been forced by Cypriot authorities to return to Lebanon on a chartered vessel.

According to the Cyprus News Agency, at least 108 people were sent back to Lebanon on three chartered vessels boats from September 6 to 8. 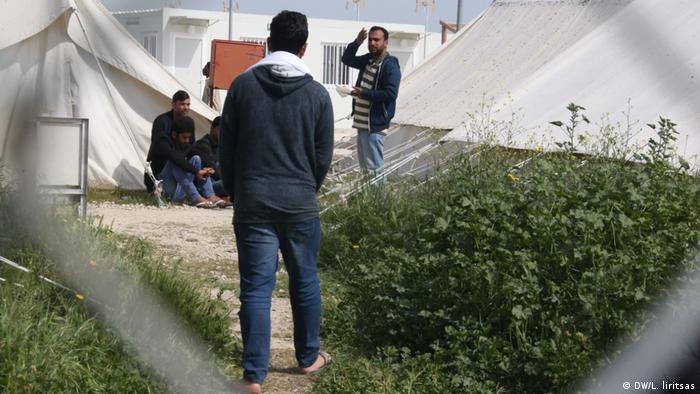 An Interior Ministry spokesperson told DW that authorities had prevented the entry of people who did not have permits and, in consultation with their counterparts in Lebanon, ensured the passengers' safe return. The spokesperson said no requests for asylum were made and, therefore, no rights had been violated.

On September 7, Interior Minister Nicos Nouris told the broadcaster Alpha that he considered the increased number of people arriving from Lebanon "a targeted attempt against the Republic of Cyprus." "Unfortunately, due to the very large number of economic migrants which has flooded the Republic, we cannot and we don’t have any room, especially at a time like this with the problems caused by the pandemic," he said.

The next day, Nouris said Cyprus and Lebanon had reached "an understanding" for such returns. Further details of the agreement have been kept under wraps.

Demetriades said it appeared that the government was attempting to justify its actions through both its agreement with Lebanon and through the quarantine measures that have placed added restrictions on the borders since the spring. He said Cyprus had procedures in place to determine whether arrivals are sick, so any argument that people are denied entry to safeguard the public interest is not a compelling one. He said he could not comment on the deal between the countries because the details of it has not been made public. However, he said, not allowing entry to the country for displaced people at sea violates multilateral agreements: The Cypriot Constitution gives international law primacy over domestic mandates, for one, and, for another, EU law "imposes an obligation on the Republic for effective procedures" governing asylum applications. 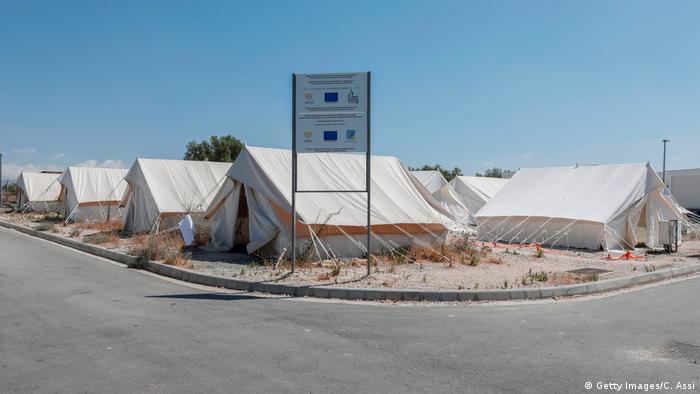 On September 9, the European Court of Human Rights submitted questions to the Republic of Cyprus concerning the events. Specifically, the ECHR sought information as to whether the vessels carrying displaced people had requested entry to ports, whether they were offered alternative means to apply for asylum, and whether the government knew their current whereabouts.

On Facebook, Polykarpou wrote that the court had intervened in "the illegal refoulement of refugees to Lebanon from the Cyprus Government." He added: "The Court reacted swiftly and decided to ask the right questions to the Government of Cyprus which are indicative also of the potential outcome of the case."

Indeed, the court will ultimately determine whether the government violated the Geneva Convention on refoulement. Until then, however, the practice will likely continue.

UN Secretary-General Antonio Guterres has warned about ''rising ethno-nationalism, populism, authoritarianism and a pushback against human rights'' in many nations as a result of the coronavirus pandemic.

Greece tightens its border with Turkey amid 'tough but fair migration policy' 17.09.2021

Journalists' film footage of armed and masked men in uniform beating back people on the Croatian-Bosnian border has fueled debate about so-called pushbacks. But what exactly does the law say?