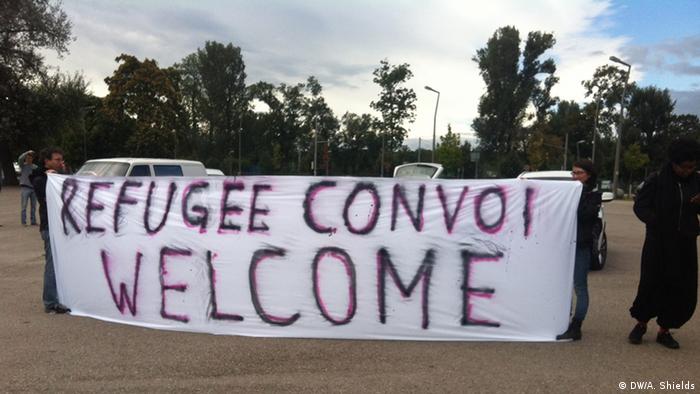 It's been a whirlwind weekend on the refugee front: Germany took in some 20,000 refugees who had been stranded in Hungary - and more are on their way. Volunteers and private initiatives are pitching in to help things go smoothly. But the refugees fled war and hardship, and took risky, perilous journeys to get here, and that leaves its mark.

DW: What are the long-term effects of traumatic stress? Apart from housing, food and German language classes, surely what they need is counseling in their own language?

Immanuel Fruhmann: First of all, it's our duty to provide humanitarian aid - shelter, food, education. But we have to be aware that the refugees, especially from Syria, will suffer from post-traumatic stress disorder. When they come to Germany and Austria and bring their war experience with them, we need experts trained in post-traumatic stress disorder. If we don't, all this tension will translate into further tension with the native Germans/Austrians. We need people who speak their language, people they can relate to. That's a procedure that's been used in Sweden for many years. At the moment we don't have enough Arabic-speaking therapists, but we need to invest in that area because otherwise we face greater ghettoization.

We must also stress intermingling, a mixed society; you have to distribute the refugees across the country. Otherwise we live alongside each other, but we don't get to know each other; and further down the road, you face problems of parallel societies and no-go areas, all of which we already have, but it will get worse. This isn't good for integration. 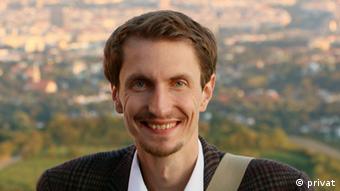 Germany assimilated millions of ethnic Germans over the decades - but integrating hundreds of thousands of asylum seekers from Syria, Iraq and Afghanistan may very well be a different challenge. What's the main focus?

Refugees from the Mideast are used to a different set of laws. So we really need to set up special courses in human rights, and not just to inform them, but also train them that human rights include women's rights and children's rights. Human rights is a very nice word, but the refugees have to learn that it means that not just men have rights, but women and children, too. So women and children have the same rights as men - we are all equal. This is something many refugees are not used to, since they have no equivalent in the countries they come from.

Chancellor Merkel says the refugees will change Germany. Will the fact that many refugees are Muslim make integration more difficult?

Initially, there might be a wider gap. But to quote philosopher Karl Popper from his book "The Open Society and Its Enemies": we need to open up in that we don't focus on our differences, but get to know each other, for instance in community meetings, sporting events etc. Then you see they have the same goals in life, the same hopes for their families. In particular, smaller towns in the countryside will no longer be a "Christian club"; that will break up and mix - heritage, culture, religion, attire, attitudes. The people will start out as Syrian refugees, but integrate and become naturalized citizens.

So in the end, change holds potential?

Yes, it's a matter of the refugees enriching German culture rather than the fear of Islamization. It will break up established structures in Germany; it's the best thing that can happen to us in Central Europe, also in Austria. But again, there must be courses in human rights, our common ground in the EU - without that, we are lost.

But change can also be painful.

Yes, but if you don't go too fast, offer courses, avoid ghettoization, and offer experts to help with the traumatic stress, that's a good mix of methods to decrease the stress level for the refugees, and help the native Germans and Austrians, too, because seeing parallel societies expand is painful as well.

Right now, the refugees might feel welcome, but that might very well change when reality sinks in. Germany has seen a spate of arson attacks on refugee shelters. How can we keep alive the open, welcoming attitude we are seeing right now?

Taking in all those refugees over the weekend is a great example of the generous side of the German people. But some people feel disadvantaged in Germany, too, and they are aggressive towards refugees, so it might be a good idea to educate native Germans, especially children, about human rights as well, so they don't feel left behind. Then, the media should keep reporting; that could help keep up the welcoming spirit and the interest. The media should be active in propagating a positive picture of these refugees who are in need of our help, and showing good examples of their integration.

Dr. Immanuel Fruhmann is a philosopher and adult educationist and heads the Institute for Systemic Stress Management in Graz, Austria.

Germany and Serbia to work more closely amid refugee crisis

In light of the current refugee crisis, Germany and Serbia have announced plans to work more closely together. German Chancellor Angela Merkel has also praised Serbia for its efforts to follow EU membership demands. (07.09.2015)

France plans to bolster its fight against "IS" in Syria, saying ending that war was key to solving the refugee crisis. Meanwhile, France and Germany are to receive over 20,000 more refugees each under new EU quotas. (07.09.2015)