As Austria announced plans to bring an end to emergency measures that allowed thousands of refugees to come into Germany, dissenting voices across Europe have made sure they were heard. 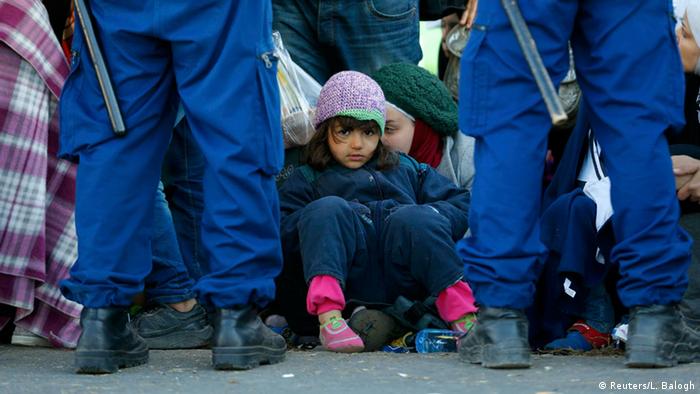 Reports on Monday indicated that traffic along Austria's eastern border with Hungary was returning to normal, while police focused primarily on conducting checks on suspected human traffickers.

Austria said it planned to bring an end to emergency measures that had allowed thousands of refugees stranded in Hungary to come into Austria and Germany over the weekend.

Austrian Chancellor Werner Faymann said that the decision was being revised following "intensive talks" with German Chancellor Angela Merkel and a telephone call with Hungarian Prime Minister Viktor Orban, who remained opposed to the waiver. Faymann said the "temporary" relaxation of border rules would have to end, and that "a measure of this type cannot be a solution" to the migrant crisis.

EU interior ministers are due to meet on September 14 to address the consequences of the refugee crisis, with Austria in particular pushing for a summit to be held swiftly afterwards to organize a response to the escalating number of migrants entering Europe.

Austria had suspended its random border checks after photographs of a Syrian toddler lying dead on a Turkish beach showed Europeans the threats faced by those who were desperate enough to travel illegally into Europe, which is deeply divided over how to cope.

'Nobody can ask Hungary to change'

But the political rift appeared to be growing greater across Europe, with Hungary's Orban accusing Berlin of deliberately encouraging the influx. Orban has repeatedly portrayed the crisis as a call to defend Europe's prosperity, identity and "Christian values" against a tide of mainly Muslim migrants.

"As long as Austria and Germany don't say clearly that they won't take in any more migrants, several million new immigrants will come to Europe," he said in a television broadcast. Later he added that until EU borders were protected there would be no point in discussing quotas – a key demand voiced by German Chancellor Merkel, saying that Hungary was being painted as the "black sheep" standing up against EU leaders.

"Nobody can ask Hungary to change," he told a diplomatic conference in Budapest.

Orban then insisted that Hungary did not have any "anti-Islamic stance" and expressed hope that the migration crisis will not influence relations between Budapest and Muslim countries.

"We are glad to have kebab shops on our streets," he added.

Hungary, the main entry point for migrants into Europe's borderless Schengen zone, announced plans to seal its southern frontier along Serbia with a high fence by September 15 – one day after the meeting of the EU's interior ministers. Hungarian Prime Minister Orban also said that legislation could likely be passed later in September to protect the country's borders using military forces.

Meanwhile, further migrants where already seen in distress along Hungary's border with Serbia, with reports saying that people had spent the night in the rain without food or shelter.

The issue of the refugee crisis was also expected to the agenda at Monday's meeting between German Chancellor Angela Merkel and Serbian Prime Minister Aleksandar Vucic in Berlin.

French President Francois Hollande has long been seen as backing Chancellor Merkel's approach to the refugee crisis, while he was also seeking France's involvement in air-strikes against the self-declared Islamic State in Syria, from where the majority of refugees originated.

Merkel and Hollande wrote a joint letter to EU leaders to press for a mechanism for resettling refugees across all member states using a quota system. However, a poll conducted by research institute Odaxa for the French newspaper Le Parisien-Aujourd'jui said that 55 percent of the 1,000 people surveyed were opposed to an easing of rules for migrants - a sentiment also echoed by the country's right-wing.

Marine Le Pen, leader of the far-right Front National party accused Germany of looking to lower wages and hire "slaves" by opening its doors to thousands of migrants and refugees.

"Germany probably thinks its population is moribund, and it is probably seeking to lower wages and continue to recruit slaves through mass immigration," Marine Le Pen told supporters.

Merkel's decision to allow the influx has also caused a rift in her conservative bloc, with her Bavarian allies saying she had pushed ahead without consulting the federal state administrations dealing with the problem on the ground.

"On the long run, we cannot take in almost all of the refugees as a federal republic when there are 28 (EU) member nations," said Horst Seehofer, leader of the Christian Socialist Union (CSU), while warning that the influx could erode public support for the government's liberal asylum policies.

Germany's widely-noted welcome toward the migrants' arrivals was also interrupted by small bouts of right-wing violence and xenophobia flaring up across the country, including instances of arson attacks. The chairman of Germany's Muslim Central Council, Aiman Mazyek, said that Germany needed to invest more into integrating the migrants.

"We have to teach the migrants all the values of the German constitution in citizenship classes in order to avoid further conflict," Mazyek told the German daily newspaper "Die Welt" while stressing that many liberties observed in Germany, such as the general acceptance of homosexuality and the widespread practice of atheism, would seem unusual to newcomers, especially those hailing from Arab countries.

He added that the face of Islam in Germany, which has largely been represented by the country's 1.5 million-strong Turkish population, would begin to carry more Arab connotations in the future, calling for more unity among Muslims of various ethnicities across Germany.

Turkish Prime Minister Ahmed Davutoglu, whose country had become a key transit route for refugees fleeing war in neighboring Syria, meanwhile lashed out at the "ridiculously small" share of refugees EU countries were accepting. Davutloglu hit out at the "Christian fortress Europe" pointing out that Turkey had already taken in and integrated more than two million people from war-torn Syria and Iraq.

But as crowds of well-wishers turned out at train stations across Germany to greet the new arrivals with food, water and toys, especially in the Bavarian capital Munich, the UN's refugee chief Antonio Guterres said the crisis could be "manageable" if European countries all pulled their weight and agreed on a common approach.

Germany said it expected up to receive 800,000 refugees and migrants this year, and urged other EU members to open their doors. It decided to free up additional three billion euros ($3.35 billion) for federal states and municipalities to help cope with the influx.

More than 2,000 refugees have died at sea in the Mediterranean so far this year.

Exceptional day of humanitarian welcome for refugees in Austria and Germany

In a coordinated effort, Austria and Germany have brought thousands of migrants from the Hungarian border to safety and temporary accommodation. But normal requirements for EU asylum requests remain. (06.09.2015)