The cost of care for refugees could reach around 10 billion euros ($11 billion) in 2015. Amid internal criticism over Chancellor Angela Merkel's decisions, the CDU and SPD are due to discuss the distribution of costs. 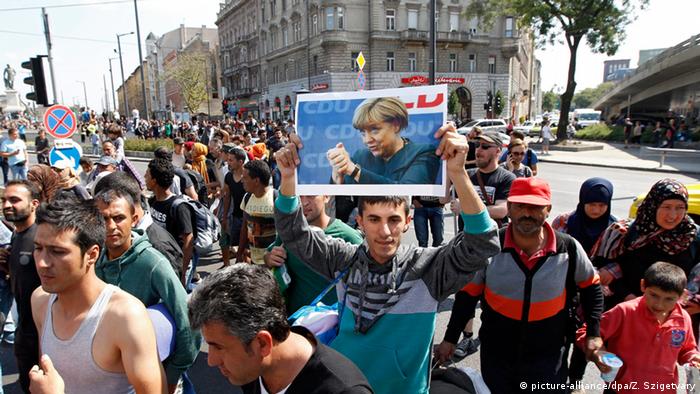 According to a report in the Sunday edition of German newspaper, the "Frankfurter Allgemeine Zeitung" (FAS), financial costs for Germany could reach anywhere between 9 and 10.5 billion euros by the end of the year. The figure is based on cost estimates from local governments around the country.

A refugee summit held by the German parliament in July budgeted 5.6 billion euros for an expected 450,000 asylum applications this year. In light of the recent mass influx of refugees from Africa and the Middle East, however, Germany is now expecting to take in some 800,000 by the end of December.

According to Germany's Federal Statistics Office, 2.4 billion euros were spent on caring for some 203,000 new asylum seekers last year.

At municipal level, the current annual cost per refugee stands at between 12,000 and 13,000 euros, which covers accommodation, meals, pocket money, health costs and administrative expenses.

Although not all asylum seekers will stay in Germany for the whole year, FAS reported that further costs of around half a billion euros must also be taken into account for the expense of additional teaching positions, and administrative roles at the Federal Office for Migration and Refugees (BAMF). Talks are also underway to increase Germany's police force.

The report on Sunday came as Germany's grand coalition prepared to meet later that day to discuss the distribution of costs. Vice Chancellor Sigmar Gabriel, of the Social Democratic Party, last week proposed that the government should provide 3 billion euros towards accommodation costs for refugees.

But there are already ructions within Angela Merkel's conservative side of the coalition over her handling of the refugee crisis.

In a telephone conference late on Saturday, the Bavarian sister party to her Christian Democratic Union, the Christian Social Union, reportedly criticized Merkel for taking in more refugees who were stranded in Hungary this week. CSU General Secretary Andreas Scheuer deemed the move as the "wrong decision."

The criticism over the weekend came as Germany welcomed 6,000 refugees at Munich train station on Saturday evening. Most of the new arrivals had spent several days in makeshift camps in Budapest after Hungarian authorities stopped all trains traveling to Austria and Germany.

Bavaria's Interior Minister Joachim Herrmann said that every refugee coming to Europe was heading for Germany, and the country could not afford to deal with the situation alone. It was a "completely wrong signal within Europe," he said.

A meeting of EU foreign ministers in Luxembourg on Saturday failed to agree on any practical steps for dealing with the record number of migrants arriving in Europe.

Austrian Chancellor Werner Faymann has since called for an emergency summit of European leaders on September 14.