Putin 'his own hostage': Nobel laureate Svetlana Alexievich on her opera debut 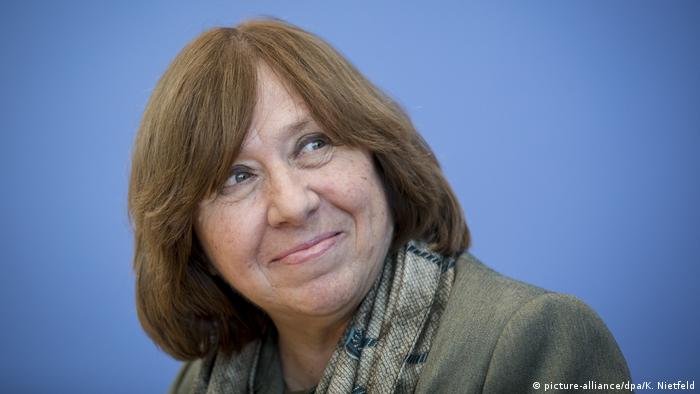 Russia is a country where history seems to go around in circles. Revolt and then silence, conflicts resurfacing through revolutions and dictatorships that are interspersed with brief calm. Questioning the Russian past can provide insights into both the present and the future of the country.

This was the approach of the great poet Alexander Pushkin 200 years ago, whose drama, Boris Godunov, takes place in the turmoil of the early 17th century. The hero, a tsar named Boris, brutally ascends the throne. In the end, he is a victim of his lust for power, which plunges his family and the entire country into catastrophe.

Half a century after Pushkin, composer Modest Mussorgsky used the story for his opera Boris Godunov. Now, a new opera based on Mussorgsky's work was premiered at the Stuttgart Opera by Russian director Sergei Nevsky.

Read more: Fidelio in Turkey: A new production of Beethoven's opera in Bonn

The libretto of the one-hour opera is based on the book Secondhand Time by one of Belarus's leading literary voices, Svetlana Alexievich. In 2015, she won the Noble Prize for Literature for the work, which is set in the post-Soviet period of the 1990s, a tumultuous epoch often compared with the the Godunov era.

Alexievich's novel is woven from numerous tragic life stories of characters who exemplify the misery of their time: A mother whose child has taken her own life; a former Jewish partisan who faces up to the terrible past of genocide in his old age; a young homeless man hurled into hopeless poverty. The seven scenes in which Alexievich protagonists tell their tragedies, mostly as monologues, are interwoven with choruses from Mussorgsky's original work.

DW sat down with Alexievich the day after the premiere in Stuttgart. DW: Svetlana Alexandrovna, what did you think of the production?

Alexievich: Sergei Nevsky was able to use a surprising amount of my literary material in his opera. He very subtly selected exactly what was important to me from my text. Of course, it was sad to realize that nothing changes in Russia, and this is obvious in Mussorgsky, as well as in Pushkin or Nevsky.

I don't think so. It seems to me that Putin, like President Alyaksandr Lukashenko of Belarus, is already his own hostage. You can't just bail out of all that. In the end, dictatorships are also brutal when it comes to the dictators themselves. They do not lead human lives.

For example, I wanted to understand what kind of man Lenin actually was, so I read various stories about him and learned that once Lenin stayed overnight at the home of a worker. The worker woke up at night when he heard someone walking in the room where Lenin was sleeping. He found Lenin inspecting the bookshelves. Lenin turned and said in despair: "I've never read any of this!" There was such a deep regret that life had passed him by. In the end, he had become hostage to his own paranoid ideas.

Lenin regretted not having read many books, but what will Putin and Lukashenko regret?

They will regret not having succeeded in introducing a monarchy. That they cannot pass on their power to their descendants. They would like that, because they are tired of pretending to be this primitive democracy that no one has believed for a long time. They may also regret not having lived their own lives. They have money, apartments, palaces; but that doesn't make you happy.

Men are constantly measuring themselves up against each other. For a while they find this exciting. But if someone has already got to the top, then he knows exactly what price he had to pay. He realizes that he no longer has any real friends; only the enemies are real.

Read more: Nobel prize laureate Svetlana Alexievich at 70: 'Reality has always attracted me like a magnet'

With the "old white men" like Putin, Lukashenko and Trump the still in power around the world, how should young people react? Who does the future belong to?

Humanity is changing. I was in London recently and saw many young environmental activists there because Greta Thunberg had just been in town. I couldn't shake off the feeling of having been transported to another dimension, even to another planet.

What was meaningful for us is no longer as important for these people. I spoke to a young man who fights for the rights of the penguins, but not for human rights. The generation that grew up with Harry Potter understands the concept of good and evil differently than those of us who grew up with Dostoyevsky. But the future belongs to Greta's generation, with all its ideas, fears, love and antipathy. 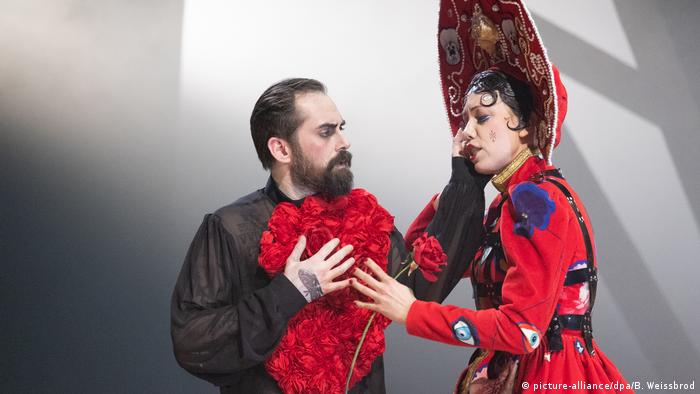 Is it possible to come to terms with the past in Russia and Belarus?

No. We still do not know what happened to our people in the 20th century. The archives are closed. The truth about war is taboo. Until a truly new, free generation comes along, nothing will change. But where will this generation come from? In Ukraine there was the first Maidan (the 2013 'peaceful revolution'), and from it a new generation emerged, capable of a second and a third Maidan.

But why is something like this not possible in Russia or Belarus? After all, Ukraine is also a post-Soviet country.

Ukraine has a rich democratic tradition, just consider the Cossack state Zaporozhian Sich, which dates back to the Middle Ages (Editor's note: The Cossacks' organizational structure had democratic features). There was no such thing in Belarus. And in Russia the 'Stalinist machine' has been switched on — the mechanism of fear that makes Russian citizens side with the strong.

You are working on a book about love. What kind of love?

The Dialogue of Civilizations Research Institute was established in Berlin two years ago by former chief of Russian Railways and Putin supporter Vladimir Yakunin. DW takes a look at what exactly the think tank does. (18.09.2018)

Dostoevsky, dolls and other Russian exports

From vodka to beloved opera classics – DW's Anastassia Boutsko takes a look at World Cup host Russia's most popular exports and clears up some cultural cliches. (22.06.2018)