The Dialogue of Civilizations Research Institute was established in Berlin two years ago by former chief of Russian Railways and Putin supporter Vladimir Yakunin. DW takes a look at what exactly the think tank does. 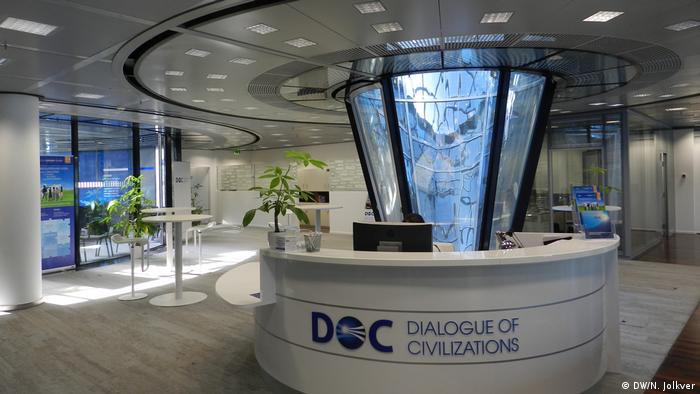 If Vladimir Yakunin hadn't been seen at the German consulate in Moscow, nobody would have known that he now has a work and residence permit in Germany. Perhaps hardly anyone would have remembered Yakunin's research institute, Dialogue of Civilizations (DOC), which he has been running in Berlin for two years, not far from the Brandenburg Gate in the same building that houses Galeries Lafayette, a department store.

The response in the German press to the opening of the institute in 2016 was negative. A former Russian Railways chief, Yakunin, who is considered to be part of one of the closest circles around President Vladimir Putin, was able to escape the EU's sanctions against Russia, but not those of the US. Many doubt Yakunin has acquired his fortune honestly. 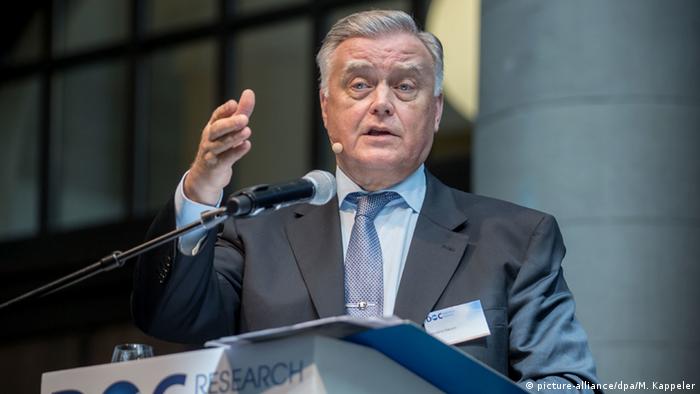 Vladimir Yakunin at the DOC opening in Berlin in July 2016

Who finances the Dialogue of Civilizations?

The DOC is funded by a foundation established in Switzerland. The two most important donors are Yakunin himself and the Russian businessman and philanthropist Ruben Vardanian. DOC spokeswoman Agnieszka Rzepka could not or would not tell DW how much they donated to the institute.

According to the 2017 annual report, published on the English version of the institute's website, the DOC's budget is made up of grants from foundations, companies and wealthy individuals. The donors are not mentioned by name – only the amounts. A total of €2.3 million ($2.7 million) was received for events and research projects in 2017. The unrestricted funds amounted to another €2.3 million and the "other income" to just under €55,000 ($64,250).

What experts work for the DOC?

Rzepka told DW that the DOC had offices in Moscow and Vienna with a total of 42 employees. In Berlin there are 18 employees from different countries. Five of them are scientists and two are responsible for contacts to EU structures and various German and foreign foundations.

According to the website, Klemens Witte, for example, is one of the permanent German employees. He has gained international experience at the universities of Kazan, Moscow, Kaliningrad, Minsk and Beijing. In 2011 and 2012, he lectured on media at the Institute for International Relations in Moscow, the training ground for the Russian Foreign Office.

The DOC also has a network of experts working on a fee basis, including journalist Thomas Fasbender and political scientist Alexander Rahr. Both are known as Kremlin-friendly experts. They speak Russian well, which makes them frequent guests in Russian media.

Fasbender's book "Freedom Instead of Democracy: Russia's Way and the Illusions of the West" was published in 2014. Rahr, currently a European consultant for the Russian energy company Gazprom, is the author of a series of books on Russia, Putin and Moscow's relationship to the West.

Are there any collaborations with other institutes? 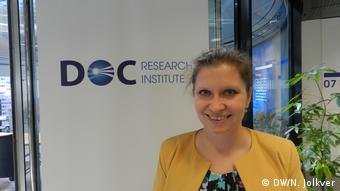 So far, the DOC has not succeeded in establishing cooperation with other research institutes in Berlin. Rzepka said she regretted this. In an interview with DW, the press spokeswoman emphasized that the DOC always seeks dialogue, but that there is little interest in it from the other side.

The Centre for Eastern European and International Studies (ZOiS) does not remember such offers. The center's director, Gwendolyn Sasse, told DW that she once visited the DOC to introduce ZOiS.

"Regarding the DOC, I can only say that we have invited DOC staff to our events. I don't know whether anyone has ever come before," Sasse said.

Stefan Meister, Russia expert with the German Council on Foreign Relations (DGAP), also told DW that there had been no direct request for cooperation. He stressed that he personally had no contact with the DOC.

Looking at the world through the Russian prism?

The Russian version of the DOC website contains reports on conferences and studies. The English version has a broader content, focusing on religion, civilization, migration and other topics. The contributions of German experts are also available in English, which allows the conclusion that the institute sees its target group not in Russia, but in the West.

When looking at the texts, however, no theses that could be interpreted as elements of Kremlin propaganda stand out.

Meister said he doesn't recognize any pro-Kremlin line in its publications, either.

"It's not an instrument that makes an impact and exerts political and social influence," he said about the institute.

The reason: "They have all sorts of people from different countries who appear regularly, who don't really bring relevance to the discussion in Berlin."

German Foreign Minister Heiko Maas has said he is hopeful the US-led airstrikes on Syria will convince Russia to open dialogue with the West. Maas also blamed Russia for a recent cyber attack on his ministry. (16.04.2018)

Putin confidant Yakunin criticizes US during conference in Berlin

Vladimir Yakunin, one of the Russians targeted by sanctions prompted by the annexation of Crimea, has spoken out against the US. The railway mogul was speaking in Berlin, where he is still allowed to travel. (15.05.2014)