The former head of Russian Railways, Vladimir Yakunin, has been granted a visa that paves the way for him to live and work in Germany. The news comes despite the fact he's under US sanctions for ties to Vladimir Putin. 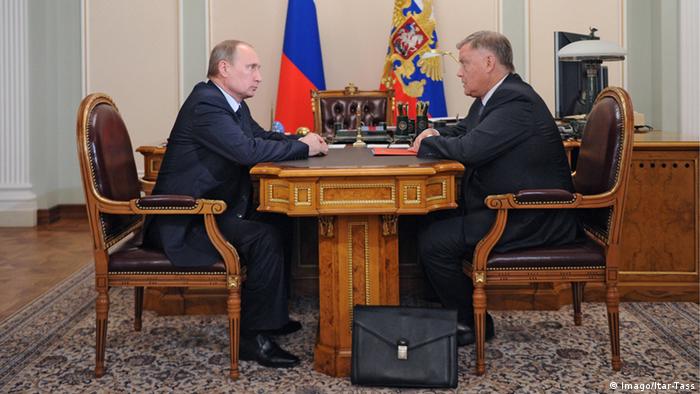 A close ally of President Vladimir Putin and the former long-standing head of state-owned Russian Railways, Vladimir Yakunin, was recently spotted at the German Embassy in Moscow as he was receiving a visa. Yakunin was granted a national visa, which allows him to apply for the European Union's Blue Card, a source with knowledge of the matter told DW. This electronic ID, introduced in Germany in 2012 to attract highly qualified professionals, provides its holder an unlimited residence and work permit.

A photo of Yakunin leaving the counter at the German Embassy's visa section went viral in Russia after Moscow's municipal deputy, Dmitry Klochkov, uploaded it to his Facebook page on Monday. In an accompanying post, Klochkov explained that he had received the photo from a friend who was also at the embassy on that day.

"The photo sent by a friend directly from the embassy doesn't transfer the sound but one could hear from the dynamic at the moment: 'Mr. Yakunin, we are granting you a visa for six months, since the immigration office in Berlin is lacking capacity,'" Klochkov wrote. 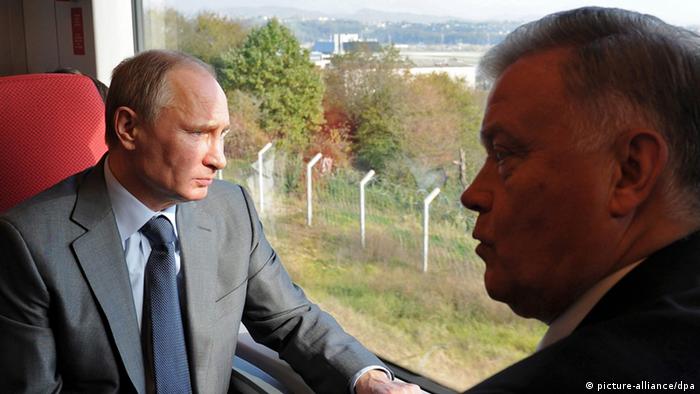 Germany's national visa is usually issued for a three-month period and is a precondition for obtaining a residence permit.

Opposition politician and Kremlin critic Dmitry Gudkov shared Klochkov's post on his own Facebook page, commenting ironically: "It seems that we are losing [Yakunin]."

Who is Vladimir Yakunin?

The 70-year-old Yakunin is widely believed to be part of Putin's inner circle. During the Soviet era, they both served in the KGB state security agency. The two befriended one another in the 1990s while Putin was working at the St. Petersburg city hall. Yakunin and Putin are also listed among the co-founders of the Ozero cooperative — an elite dacha community some 120 kilometers (75 miles) north of St. Petersburg. Many of the cooperative's co-founders, including banker Yury Kovalchuk and former Education Minister Andrei Fursenko, have gone on to successful careers in business or government service.

Read more: Russia to settle more bills in euros instead of dollars

Yakunin worked as the president of Russian Railways for 10 years before retiring in 2015. During his time at the company, he became the figure of a corruption investigation carried out by prominent opposition leader Alexei Navalny. In 2013, Navalny published photos of a 2,000-square-meter (21,500-square-foot) mansion near Moscow owned by Yakunin, which included a storage room for fur coats. The existence of the room, which Yakunin denied at the time, sparked backlash on social media. In 2014, he said that the house had been sold.

Sanctioned by the US, but not the EU

Yakunin's suspected close ties to Putin were the reason why he was included on sanctions lists put together by the United States and Australia in 2014 as part of an effort to punish Russia for its annexation of Crimea. However, he was not placed on the sanctions list introduced by the EU, which made it possible for him to visit countries in the bloc.

Yakunin is a staunch supporter of the Russian Orthodox Church and is known for his harsh criticism of western countries. He's also repeatedly aired his homophobic views in public.

In 2016, Yakunin launched the Dialogue of Civilizations think tank in Berlin, which focuses on international relations and conflict resolution. The organization also attempted to recruit prominent German experts. Some of those who were approached, including Russia specialist Stefan Meister from the German Council on Foreign Relations (DGAP), told DW they turned down the offer after finding out that Yakunin was behind the institute.

Grigory Levchenko, a spokesperson for the think tank, stressed that "there is no conspiracy theory" with regard to Yakunin's German visa. "Getting a visa allowing you to work in the country where the headquarters of your organization are located is a normal work process," Levchenko wrote in a post on Facebook. "Germany is no exception."