Donald Trump may not agree, but there is little he can do as legislators call for fresh sanctions on Russia for its reported meddling in US elections. But penalizing Moscow again has two major problems apart from Trump. 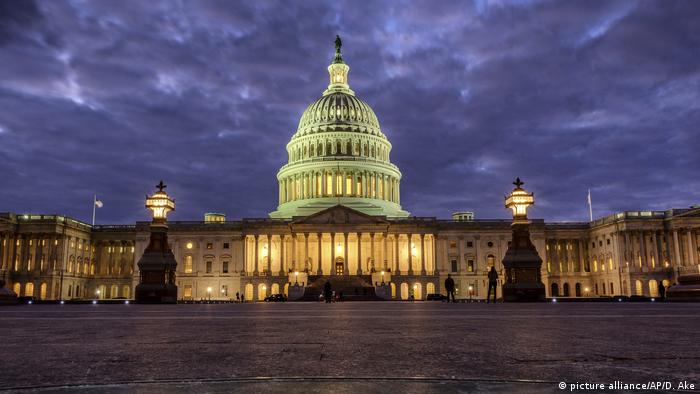 When America's top intelligence, national security and law enforcement officials came together in Washington on Thursday to jointly express their serious concerns that the Kremlin was once again trying to interfere in the upcoming US midterm elections, one person was conspicuously absent: their boss, US President Donald Trump.

The commander-in-chief's key event that day was not the gathering of FBI, NSA, Homeland Security and National Intelligence agency heads in the White House to sound the alarm over Russian election meddling, but a campaign-style rally in Wilkes-Barre, Pennsylvania, more than four hours away from Washington.

There he defended his much-criticized Helsinki summit with Russian President Vladimir Putin, stating that they "got along really well." Any reference to the warning put out by his top officials on Russian interference by President Trump? Not a chance. Instead, after boasting about his meeting with Putin, Trump spoke vaguely about how "we are being hindered" by a "Russian hoax" — without providing any details of what precisely that meant.

With Trump once again reluctant to address the Russian election meddling, a bipartisan group of US senators stepped in on Thursday and introduced tough new legislation to counter the Kremlin's efforts. Republican Senator Lindsey Graham, its key backer, called the punitive package a "bill from hell." It would include additional sanctions against Kremlin-connected figures, energy projects and Moscow's ability to issue sovereign debt.

Chris Miller, co-director of the Russia program at Tufts University, thinks there is a good chance that a sanctions bill in one form or another will pass Congress. "There is desire to act," he said, especially since many legislators feel that given President Trump's reluctance to counter the Kremlin, they have an obligation to be tough on Russia.

Read more: Facilitators of US sanctions face jail in Russia

This is a curious phenomenon, as Republicans in Congress are otherwise loath to publicly cross the president. But when it comes to Russia, Republican legislators can count on the support of the American people, said Miller. "In aggregate, Americans are fairly hawkish on Russia. There is very little constituency in the US electorate for a softer policy on Russia."

That does not mean, however, that coming up with a new sanctions bill will come easy. That's because the kind of restrictions that are relatively painless for Washington to impose yet tough on Moscow have already been in place since the first round of restrictions were slapped on Russia in 2014.

"The challenge is going to be whether Congress can find a set of sanctions that will both be painful for the Russians, but also not impose significant cost on US businesses that are either doing business with Russia or affected by the price of Russian assets," said Miller.

That's why the proposed sovereign debt restrictions on Russia could prove tricky. Miller noted that while they would definitely hurt Moscow, they would also be felt by ordinary Americans because many US pension plans include small amounts of Russian sovereign debt. As a consequence, US legislators will think twice before slapping sanctions on Russia that as a side effect will also cut into American's retirement savings.

For every problem there is a sanction

But there is another problem with the latest call for new Russia sanctions, noted Timothy Frye, a Russia scholar who chairs the political science department at Columbia University.

"The existing sanctions have been working and it is important to keep the [sanctions] regime in place, but there is a danger in trying to solve every foreign policy problem by quickly resorting to sanctions," he said.

Legislators reflexively call for sanctions because they play well domestically and they show that politicians are acting to cause some pain. "That makes them very seductive and tempting to use to solve all kinds of problems," Frye explained. However, this makes them less effective over time.

The existing sanctions, he explained, have a clear intention and a clear and measurable outcome. "They were designed to send a signal to the Kremlin that the annexation of Crimea [or] the meddling in eastern Ukraine was a violation of international norms and that this is something that cannot stand." 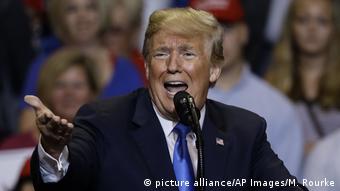 The punitive measures had an economic impact over the longer term because they made it harder for Russia to finance big capital intensive projects, but at the same time you can reward good behavior and punish bad behavior, said Frye.

Notwithstanding the questions about the proper framing and the usefulness of sanctions to punish continued Russian election interference, it seems likely, according to the Russia scholars, that some kind of additional sanctions package will once again pass Congress with a veto-proof majority – leaving President Trump little else to do but vent on Twitter.

That's because US-Russian ties, despite Donald Trump's continued personal efforts to improve them, have reached a low point not seen since Ronald Reagan's "evil empire" speech in 1983, said Frye. "Even in the late Cold War period relations were better in some respects than they are today."