Russia′s new sanctions could limit patient access to US medicine | Europe | News and current affairs from around the continent | DW | 18.04.2018

Russia's new sanctions could limit patient access to US medicine

Moscow is mulling whether to ban or limit imports of US medicine in retaliation to Washington's new sanctions. But restricting access to vital medication is not necessarily a popular idea among all Russians. 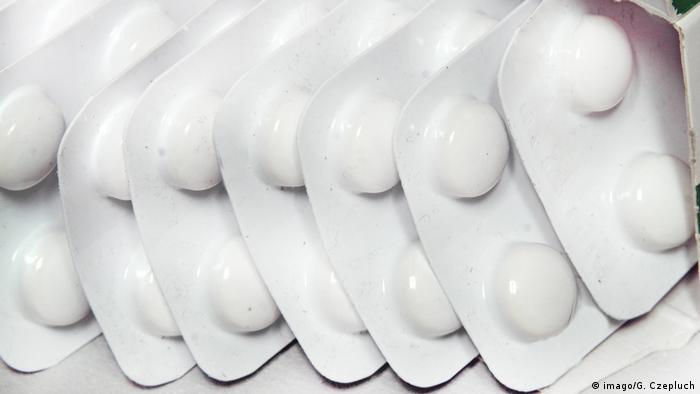 "We never said it, we aren't saying it and we don't plan to say that we plan to ban imported medicine or medical equipment — under no circumstances," Vladimir Putin declared back in September 2015, at a time when Western sanctions in the wake of the war in Ukraine were still manageable. Less than three years later, Russia's president might find legislation on his desk that does exactly what he vowed would never happen.

A draft bill introduced to parliament, the State Duma, last week includes stipulations banning or limiting the import of drugs from the United States and other countries that support Washington's sanctions. Medication for which there is no Russian replacement would be exempt. The move comes in reaction to new US sanctions imposed earlier this month that have hit Russia's economy hard.

Lawmakers had apparently not anticipated the criticism they now face concerning US drugs, however. State Duma Speaker Vyacheslav Volodin garnered backlash on social media for suggesting the use of oak bark as an alternative to restricted medicine — a remark he later downplayed as a "joke." Volodin, one of the initiators of the draft bill, backpedaled on Tuesday, saying 90 of the more than 1,000 pharmaceutical products currently imported from the US could be exempted from new draft legislation because there is no comparable Russian replacement.

"We're worried we might be affected by the new law," Irina Myasnikova, head of the Moscow-based Help for Cystic Fibrosis Patients organization, told DW. Some 2,000 to 8,000 Russians — including children — are estimated to be suffering from the genetic disorder that causes damage to the lungs.

Abbott Laboratories' prescription medication Creon could very well be banned, Myasnikova said. Alternatives do exist, "but they are not as effective," she argued. In an open letter to the government, Myasnikova's organization has urged changing the draft law before the first reading in parliament on May 15. "Health and politics should not be mixed," the letter read. 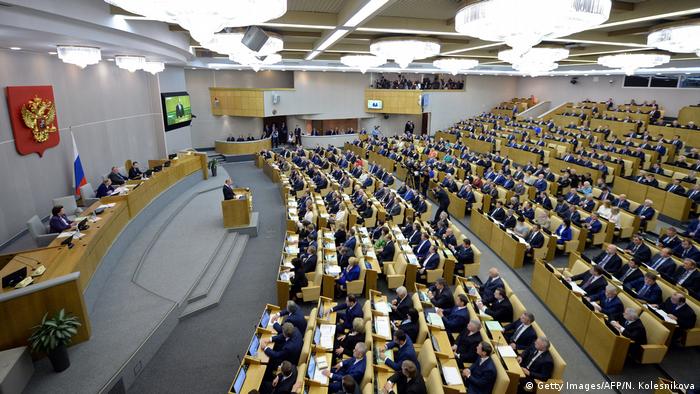 Can Russia really afford to ban or limit imports of Western medicine, and how dependent is the country on US imports? The answer is not as obvious as it might seem. In 2009, then-President Dmitri Medvedev announced plans to increase Russia's pharmaceuticals production — a proposal that turned into the ambitious Pharma 2020 program. Aimed at reducing dependency on imports, the goal is to have half of all the medicine available on the Russian market be domestically produced by 2020; in the case of vital drugs, the plan is to produce 90 percent in Russia.

The country is still far from reaching these goals, but progress is gaining momentum in the wake of Western sanctions. In 2016, Russian-produced drugs increased by 15.5 percent compared to 2015; in the first half of 2017 alone, the increase amounted to 11.2 percent, according to Germany Trade & Invest (GTAI), the German government's foreign trade and investment agency.

There is a hitch, however.

"Most Russian drugs are made from imported raw materials," said Nikolay Bespalov of the Moscow-based RNC Pharma market research firm, adding that some of these raw materials could be banned because they are made in the US or exported to Russia by US companies that have their own production facilities in the country. Some can be replaced, he said, but not all of them.

However, Russia has been quite successful in producing generic medication, GTAI noted, even replacing popular Western products with Russian equivalents. And the country wants to continue that push: Russia is currently building or planning more than a dozen pharmaceutical factories.

The EU and the US have imposed wave after wave of sanctions on Russia since the beginning of the Crimea crisis in 2014. However, the Kremlin is sticking to its course and Vladimir Putin's power has only grown. (05.04.2018)