The Russian ruble has continued its downslide days after the US imposed sanctions on another group of Russian tycoons. Officials in Moscow have been out to calm markets, saying the fall is only temporary. 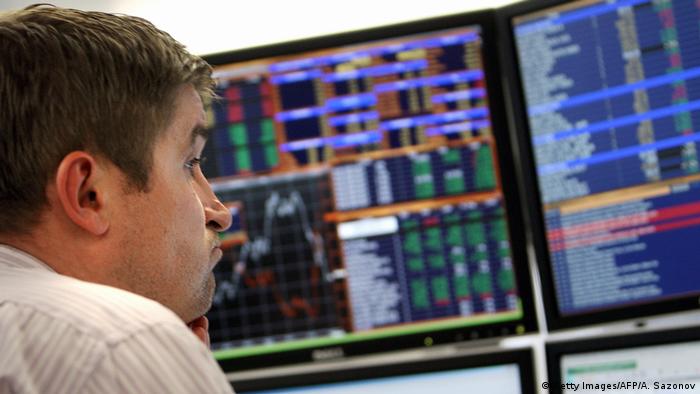 Russia's national currency slightly recovered Tuesday from heavy losses earlier in the day and on Monday, trading down some 2 percent as investors continued a sell-off amid a new round of US sanctions on some oligarchs and their assets.

Apart from the latest round of US punitive measures, the Russian market continued to be under additional pressure from a proposal of US congressmen to impose more sanctions over Russia's alleged, but unproven involvement in the poisoning of ex-spy Sergei Skripal and his daughter in Britain.

The bill calls for "prohibiting US persons from engaging in transactions with or providing financing for Russian sovereign debt, but the prospects for it ever being inked into effect remain unclear.

A bit of patience needed

Alfa Bank said in a note to investors they shouldn't panic. "We note the fundamentals surrounding the Russian market remain mostly unchanged and that equities still provide among the healthiest dividend returns globally."

"We would thus ignore the current jitters and buy into the current weakness, particularly with the dividend season almost upon us."

Central bank chief Elvira Nabiullina also sought to calm investors. She told a forum that the lender had a wide range of tools at its disposal to address any risks, adding that there were currently "no such risks" despite US sanctions.

Kremlin spokesman Dmitry Peskov said Tuesday the slump in the prices of Russian assets after the imposition of the sanctions was partly driven by emotion and added there would be a market correction soon.