Where is the Russian economy headed? | Business | Economy and finance news from a German perspective | DW | 15.03.2018

Russia's economy is the world's eleventh-largest. Following a period of recession, it managed to return to growth last year despite Western sanctions widening. But can the country continue on the road of recovery? 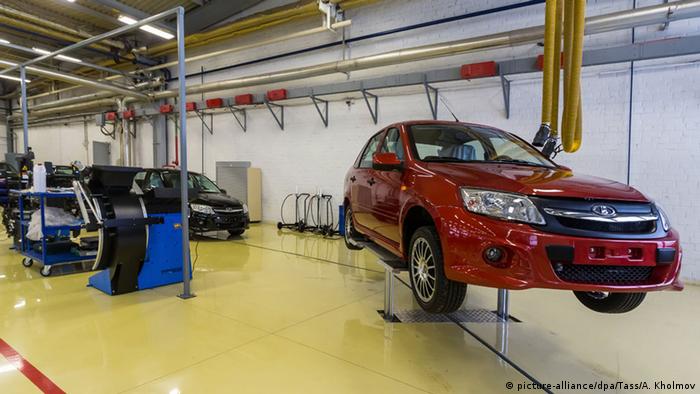 Russian President Vladimir Putin, who secured a fourth term in the March 18 polls, oversaw a period of economic growth during his first two terms in office (2000-2008), boosting incomes across the country.

Those years were perceived as a welcome change from the financial instability of the 1990s, when many Russians lost their savings.

But Putin's third term in the Kremlin, which began in 2012, saw a decline in ordinary people's quality of life.

Russia has seen its purchasing power decrease continuously for the past four years after the world's number 11 economy was hit with Western sanctions meant to punish Moscow for its annexation of Crimea and the Kremlin's role in the ongoing Ukraine conflict.

New US sanctions to take aim at Russian lenders

But the far-reaching sanctions were not the only, and indeed not the most important, factor behind the decline. What hit the Russian economy hardest was rapidly falling oil prices, which considerably reduced the country's revenue from oil exports.

A land of contrasts

Rising poverty rates have contributed to the stark contrast between the poor and the rich in the country.

According to a study by Credit Suisse, the most affluent 10 percent of Russians control 77 percent of the wealth, placing the country on the same level of inequality as the United States in a ranking of developed nations.

Although the Russian economy returned to growth in 2017, seeing GDP expand by 1.5 percent, medium-term forecasts don't exceed 1 to 2 percent-growth per year, far from the leaps of the early 2000s. 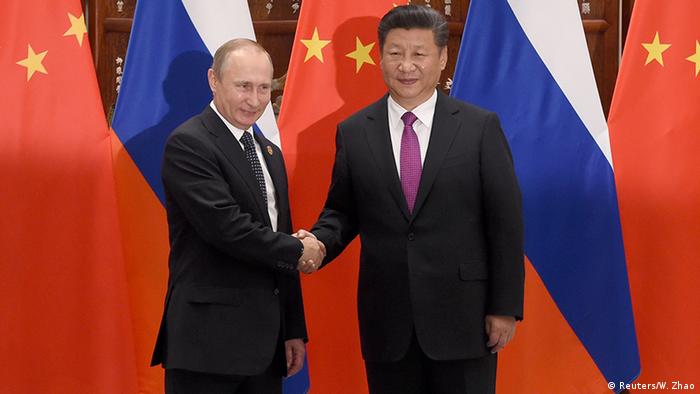 With painful Western sanctions being a burden on the economy, the Russian president has been keen to boost cooperation with China

Analysts agree that the slower expansion expected in the years ahead will not be enough to tangibly improve people's lives or increase funding in domestic areas like education and healthcare.

In the run-up to the polls, President Vladimir Putin has promised increased investments in infrastructure and housing. Yet he has remained vague about the source for such funding, and he has yet to mention future reforms that would address the country's structural problems.

Putin did make clear, though, that Moscow would bend over backward to reduce its economic dependence on the West, especially as sanctions look unlikely to be removed any time soon.

The government has made fighting inflation a top priority over the past years, with the central bank maintaining a strict fiscal and monetary policy.

It has gradually brought inflation back down to post-Soviet lows of around 2 percent, although some economists argue that the central bank's cautious policy has hampered growth prospects.

"While standards of living are still lower than they were, the economy as a whole has de-risked substantially," Kouzmin insisted, pointing to lower capital flight and a cleanup of Russia's banking sector.

Too many different views

Economists are divided over Russia's current ability to strengthen the economic reform process. They argue the Kremlin could take a number of steps to improve the outlook, including privatizing state companies and dramatically raising the retirement age.

Efforts to this end have so far been stymied by policy disagreements between loosely-aligned groups of economic liberals in Moscow.