Russia's economy shrunk by 3.7 percent in 2015, according to government statistics. The country's energy-dependent economy has been plunged into recession by tumbling oil prices and Western sanctions over Ukraine. 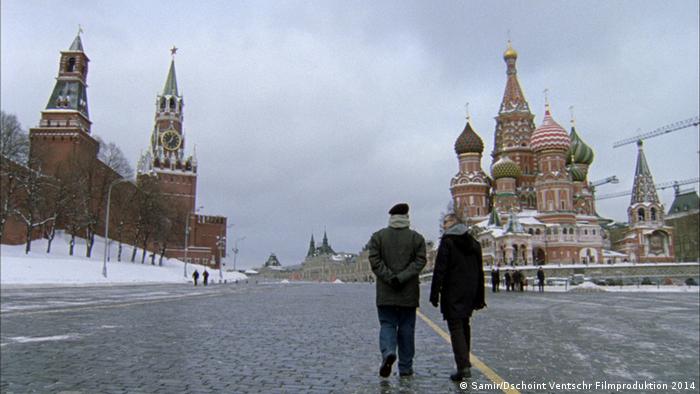 Moscow´s Red Square and the Kremlin

Monday's preliminary figures report the biggest contraction in GDP since 2009 when the global financial crisis triggered the Russian economy to shrink by 8 percent.

This time around the country's economy has been dealt blows by the plummeting price of oil and Western sanctions over Russia's annexation of Crimea. Oil prices have fallen over 70 percent in the past 15 months, and the country relies on oil and gas for over half of its budget.

Russian President Vladimir Putin said in December that his government calculated its 2016 budget based on an oil price of $50 (46.1 euros) per barrel. Currently Brent Crude Oil is trading at just over $30 per barrel, with some economists predicting it to fall even further.

The rouble is also suffering at the hands of the sliding oil price. Last week the currency fell to its lowest level against the US dollar since 1998, surpassing 85 roubles against the greenback. The floundering currency, coupled with the high level of inflation is making life more expensive for many Russians: 15 percent of people now live below the poverty line, compared with 10 percent in 2012.

Russian officials are now facing mounting pressure to implement a plan to counter negative growth rates. Deputy Finance Minister Sergej Storchak announced on Monday that the country may seek to raise up to $3 billion from foreign investors through bond issuance. The government has also set aside the equivalent of $1.7 billion dollars in an anti-crisis plan to support struggling sectors of the economy, including the railway and agricultural machinery industries, as well as consumer goods and construction sectors. Parts of Russian industry have struggled to get bank loans due to sanctions related to the Ukraine crisis.

Exactly what proportion of the funds will be released and when has not yet been agreed upon. The Finance Ministry controls the funds, and is reported to be opposed to the plan.

Parliamentary elections are due to be held in September, however, and a presidential election in 2018. Analysts say President Vladimir Putin will be keen to quickly get a grip on one of the most testing economic downturns since he came to power.

The impact of the economic crisis is now noticeable in everyday life in Russia. Many are now living below the poverty line. The number of people seeking help is rising. DW's Philipp Anft reports from Moscow. (17.01.2016)