Russian economic crisis drives people to the soup kitchens | Europe | News and current affairs from around the continent | DW | 17.01.2016

The impact of the economic crisis is now noticeable in everyday life in Russia. Many are now living below the poverty line. The number of people seeking help is rising. DW's Philipp Anft reports from Moscow. 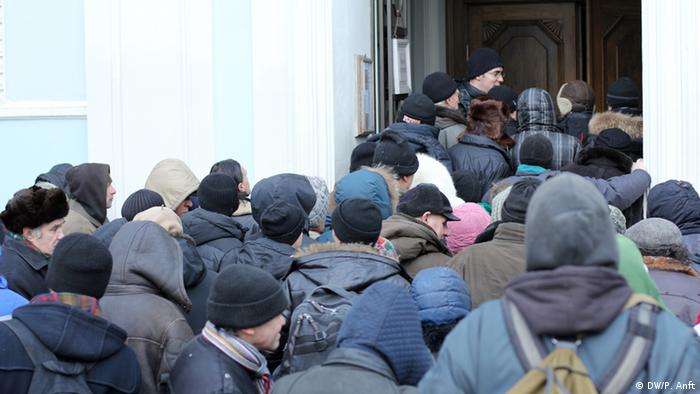 The small, white church in the center of Moscow is easy to overlook. It is tucked away beneath high glass facades and multistory residential buildings, a few steps away from the shiny display windows of the famous shopping precinct on Tverskaya Street. In front of the church door, over a hundred people are waiting for a free meal. 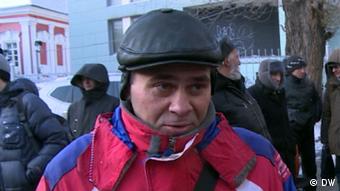 There are people with worn-out coats, tired faces and perhaps even a trolley full of belongings in tow: One can see that many of them are homeless. It is cold this evening. The thermometer shows minus 15 degrees Celsius.

One of the people waiting is Ilya. He is in his mid-50s and is wearing a red parka and a black cap. He just lost his job recently. "I was a paperhanger, now I'm unemployed," he says. "I have no other choice but to come here. Luckily, there are initiatives like this that provide us with food." Ilya belongs to a new group of the needy: people who have fallen out of the system as consequence of the economic crisis in Russia.

The Russian economy is certainly not running smoothly. The low international oil price is bad for the country's finances, which are mainly fed by commodity exports. Oil and gas exports are among the main revenue sources. The trade sanctions that the West imposed as a response to the Crimean annexation, and the Russian counter-sanctions that Moscow imposed in return, are exacerbating the situation.

Just recently, the Russian finance minister, Anton Siluanov, announced a 10 percent cut in overall government spending. President Vladimir Putin has repeatedly declared that the economic crisis has come to an end, but according to a recent survey, more than half of Russians expect the situation to deteriorate. Inflation is high already; the ruble exchange rate to the dollar and euro has suffered a steep drop. 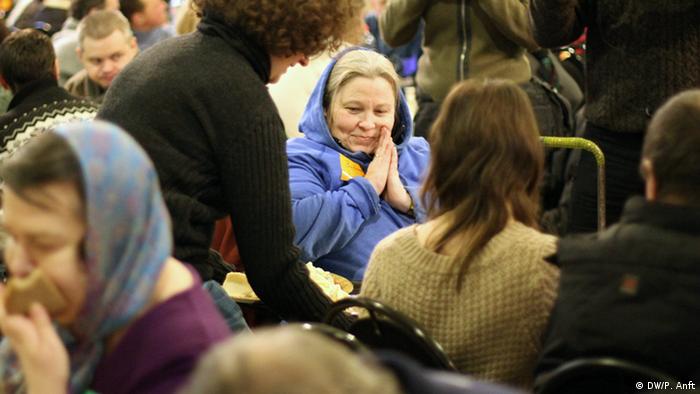 Food in particular has become significantly more expensive recently. The statistics office in Moscow has noted a price increase almost 13 percent compared with the end of 2014 for Russian household shopping carts. The price of some products, such as canned fish, pickled cucumbers and mayonnaise, has even gone up 30 percent. The market for costly things, such as new cars or vacations abroad, is dwindling.

'The overall situation has worsened'

When the small church in downtown Moscow opens its doors to feed the poor, there is some jostling in the line - everyone wants to be the first. There are covered tables in the nave; it looks festive. Many volunteers are there to bring food to the guests or simply chat with them. 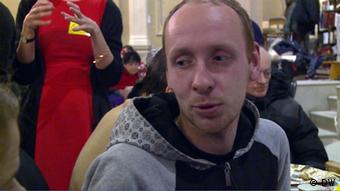 Natalia Markova organizes the distribution of food for the Moscow organization "Drusya na ulitse," which means "friends on the street." She, too, finds that the overall situation has deteriorated and that the number of those in need is rising as a result. "This year, we have more guests than usual," says Markova. "There are many who have an apartment and job but earn so little that we have to help them with food."

One of them is Denis, who is in his mid-20s. The young man is already sitting at a table, and he is tucking into the salad that is being served. He used to live on the streets, he says, but now he is doing better. He works as a courier and can now afford to pay for a room. But the rent is high. He says, "I can eat only when there is enough money. Sometimes it's twice a day, sometimes just once." Without the help of such organizations, he says, life would be more difficult.

Blame everyone - except Putin

If you ask the guests for the causes of their plight, you get a lot of answers. Some say it is the doing of shadowy figures in the government, while others blame the heartless business world. Karina, for example, says the public administration is to blame, as it has forgotten the poor and that almost nobody cares about people with no money. One person, however, is not to blame: Vladimir Putin. "He is a good president," says Karina and continues, "But he cannot take care of everything."