Putin calling strategic shots in Syria | Europe | News and current affairs from around the continent | DW | 27.08.2016

While the world reels at the sight of a five-year old pulled from a bombed building in Aleppo, Fiona Clark looks at why Russia won't give up on backing Syrian President Bashar al-Assad. 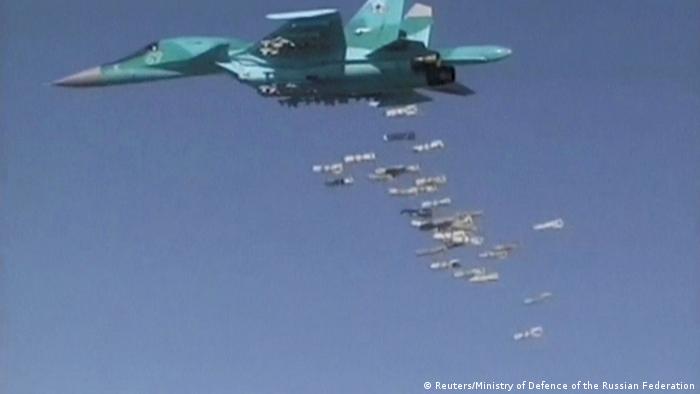 Five-year-old Omran's dust-covered and stunned face captures all that is wrong with the war in Syria - the senseless destruction of innocent lives - but unfortunately it's not enough to stop the various factions fighting there from tearing the country apart. One player in particular, Russia, will not give up its support for Syria's current regime easily.

There have been a number of theories that have been put forward explaining the reasons why Putin is fighting a war in a foreign country and they include:

- A battle for supremacy in the Middle East and Russia's desire not to let the US call the shots,

- Putin's desire to be seen as strong at home and abroad,

- Diverting attention away from his activities in Ukraine and Crimea,

- Fighting and possibly basking in the glory of defeating "Islamic State," (IS) and

- A dislike of popular uprisings and the belief that Syria could fast become another Libya or Tunisia.

There may be elements of truth in all of these, but there is one overriding interest that seems to have been forgotten recently, and that's gas.

So while the bombs rain down on Aleppo, let's take a brief look back at what led to Russia's intervention. Back in 2000, Qatar unveiled an ambitious plan to build a 1,500-kilometer multibillion-dollar gas pipeline from its shores, across Saudi Arabia, Jordan, Syria and Turkey.

The US liked the idea as a way of getting cheaper gas to Europe and weakening the EU's reliance on Russian gas. But in 2009 Syria's president, Bashar al-Assad, said no to the project, turning his attention a year later to signing a deal with Iran to build a pipeline that would transport its gas across Iraq, Syria and under the Mediterranean Sea to Europe instead.

Some say he was pressured by Putin to turn down the deal, as 80 percent of Russia's gas went to Europe and competition from that supply route would see his market share and corresponding revenue drop. The gas supplied from Iran's pipeline would also see competition increase, but Russia's cooperation in building the pipeline would have delivered other benefits that would offset the loss of market share.

In any case, the decision was a slap in the face to Saudi Arabia and other Gulf states, and to the US and UK, which have supported Saudi Arabia since the 1940's, despite its horrific human rights violations and allegedly continuous backdoor funding of extremist groups like al Nusra, al Qaeda and IS. 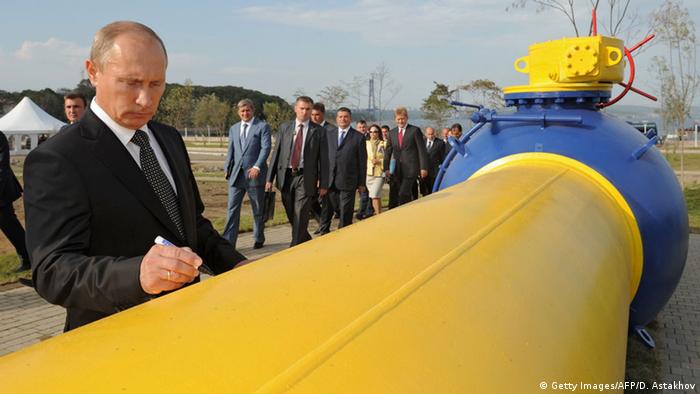 For Putin, a pro-Russian outcome in the Syrian conflict is paramount to maintaining its influence in the region

Saudi Arabia denies it funds IS as it claims they're enemies - after all God can't bless two caliphates simultaneously. But outside of Saudi Arabia, in places like Yemen and Syria, IS serves a Saudi aim by fighting against members of the Shia sect of Islam. In 2014 a former head of MI6, Sir Richard Dearlove, recounted a conversation he'd had just prior to 9/11 with a Saudi prince and then ambassador to Washington, who prophesied the destruction of Shia followers. Prince Bandar bin Sultan told him: "The time is not far off in the Middle East, Richard, when it will be literally 'God help the Shia.' More than a billion Sunnis have simply had enough of them."

For Russia the stakes are high. At a time when oil prices are low and its economy is struggling as a result, it has little choice but to push as hard as it can for a pro-Russian outcome. Failure would see a US/Saudi puppet installed, its gas sales and pipeline interests threatened, and its influence in the region radically diminished. A victory, however, would be a godsend - weakening US influence in the region and improving Russia's ability to control oil and gas supplies and ultimately prices. 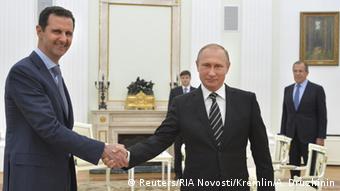 So, it's not going to give that easily. It will continue to bomb anything and everything that is a threat to its interests to keep its preferred leader in power, and the US/UK and Saudis will continue to fund and train the very people Russia is bombing.

Estimates of the number who have died in Syria since the fighting started in 2012 vary from 155,000 to more than 400,000, while almost 11.5 million people have been displaced - 6.6 million internally and 4.8 million to neighboring countries and beyond, putting pressure on an increasingly fragile European Union.

For Russia there is no other option than keeping Assad (or his appointed successor) in power. Compromise will be very hard to achieve without considerable compensation and assurances that its interests are not going to be curtailed.

Until that time comes, small children will continue to be pulled from the rubble of bombed buildings and treated by the 35 doctors that remain in Aleppo - and all because of a pipeline.