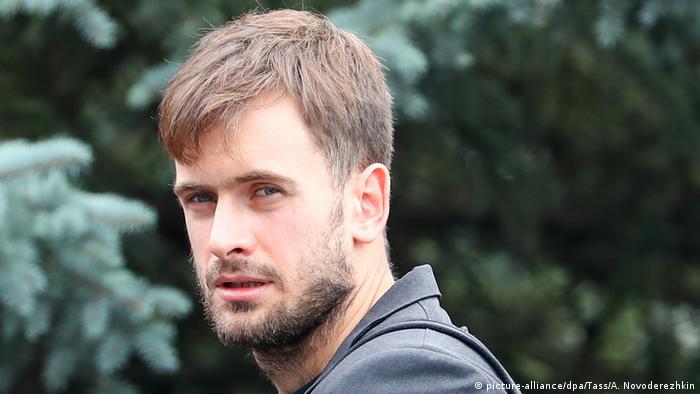 The Mediazona website, which Verzilov founded along with other Pussy Riot members, reported that he had been seized at his apartment in the Russian capital on Sunday morning by men who broke down the door.

He hasn't been heard from since, the publication said.

Heroes to some, criminals to others

The activist garnered worldwide media attention in 2018 when he and three other Pussy Riot members stormed onto the field during the World Cup football final in Moscow to protest against police brutality.

They served 15 days in prison for the stunt.

In September of that same year, Verzilov fell ill in Moscow from what he said was a suspected poisoning. He was then flown to Germany for treatment.

While Berlin doctors found no traces of poison in his system, they said poisoning was the most plausible explanation for his symptoms, which included loss of vision and disorientation.

Two members of the Russian protest group have won an appeal on their asylum claim in Sweden. The couple said they had received death threats and feared arrest if forced to return to Moscow. (01.05.2019)

A member of Russian protest group Pussy Riot has been released from a German hospital after recovering from a suspected poisoning. The activist says he's "convinced" he was targeted by Russia's secret service. (26.09.2018)

Pussy Riot's Maria Alyokhina's 'Riot Days' are not over yet

On her way to Berlin, the Pussy Riot activist's boyfriend was arrested for an action in support of political prisoners. Alyokhina told DW about how the movement is attracting unlikely candidates, and revealed new plans. (15.11.2019)