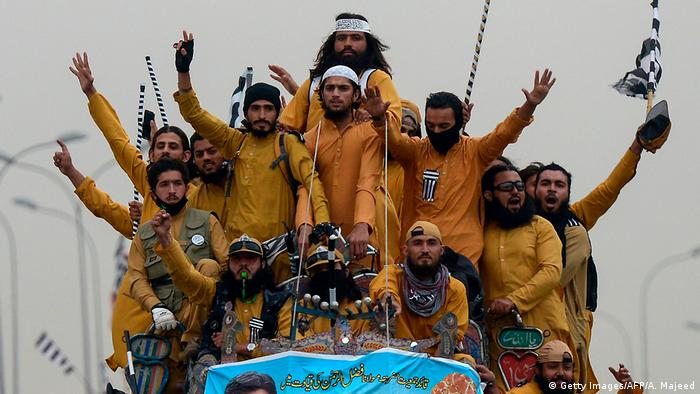 Hundreds of thousands of anti-government protesters have camped outside Islamabad, waiting for an order from Muslim cleric Maulana Fazlur Rehman to march toward Prime Minister Imran Khan's house in the Pakistani capital.

Rehman initially set a 48-hour deadline, expiring Sunday evening, for Khan's resignation. However, on Sunday, Rehman decided to extend the two-day deadline until a final decision by all opposition parties at a conference, which will be held soon.

"This is a peaceful rally and we are peaceful people; therefore we want to stay peaceful, otherwise this [crowd] has the strength to go to the prime minister's office and arrest him," said Rehman, 66.

Starting their rallies in the southern city of Karachi on October 27, anti-government protesters marched through various major cities of the South Asian country, finally reaching their destination, Islamabad, on October 31. The demonstrators intend to protest for days — maybe weeks. Their sole demand is that Khan, who came to power in August last year, must tender his resignation to pave the way for fresh elections.

Rehman, a powerful religious figure and head of the Jamiat Ulema-e-Islam (JUI-F) party, claims that Khan came to power through rigged elections. 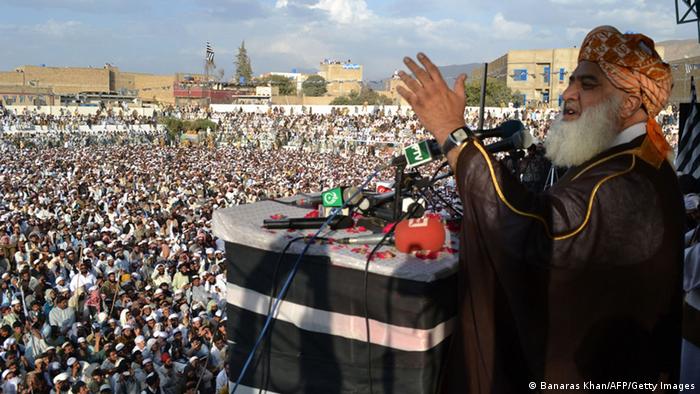 Rehman is not a typical Islamist cleric, though. He is the head of a powerful right-wing party that regularly contests elections and believes in parliamentary democracy.

Rehman was a member of the National Assembly (lower house of parliament) between 1988 and May 2018 and served as leader of the opposition in parliament from 2004 to 2007. In May 2014, former Prime Minister Sharif appointed him as the chairman of the parliament's Kashmir committee.

The cleric also had close ties with another former premier, Benazir Bhutto, who was assassinated at a public rally in Rawalpindi city in 2007.

Nonetheless, Rehman's politics remain hard-line Islamic, with his party demanding that the country's laws be aligned to Islamic principles.

After the US invasion of Afghanistan in 2001, Rehman led several anti-American rallies and pro-Taliban demonstrations in the major cities of Pakistan. Hailing from the northwestern Pashtun-dominated province of Khyber Pakhtunkhwa, he is also known for his close relations to the Afghan Taliban.

Rehman's leanings, thus, are problematic for the country's liberals: On the one hand, they are against Khan's rule; on the other, they're unsure about supporting a pro-Taliban politician.

Read more: Pakistanis say 'no' to the Taliban

When it comes to supporting the Taliban, Khan is no different to Rehman. The prime minister has been critical of the US presence in Afghanistan and many a time has dubbed the Taliban insurgency a "resistance movement" against foreign oppression.

Last year, Khan defended his country's controversial blasphemy laws, and his party has been accused of funding religious seminaries in Khyber Pakhtunkhwa province.

After winning the 2018 polls, the premier vowed to build Pakistan on the lines of the theocratic "state of Medina," which was founded by Prophet Muhammad in the year 622.

Khan and the country's powerful army are also on the same page over a number of national security and foreign policy matters. His closeness to the military generals has drawn the criticism that the army generals brought him to power last year by rigging elections, a claim the military categorically denies.

The liberal parties are thus in a dilemma. If Rehman accomplishes his objective and forces Khan to resign, snap elections would be called. That would be a blow to the military establishment and weaken its grip on state affairs. But at the same time, Rehman and other religious clerics would have the upper hand in Pakistani politics in the future. And no government could complete its term in the future if religious groups, which have massive street power, decide to march toward the capital to overthrow an elected government. Ironically, Khan himself staged a long sit-in in Islamabad in 2014 to overthrown then-premier Sharif.

"The liberal parties and groups are in a state of confusion. The main issue is that Maulana Fazlur Rehman had initially given a religious color to his march, but he later decided to accommodate other parties like the PPP," Ali K. Chishti, a Karachi-based security analyst, told DW.

"On the other hand, the incumbent government is running the country like a 'fascist' regime, restricting the freedom of speech and targeting its opponents. Hence, the liberals are facing a predicament," he added.

Some rights activists say that liberals can't sit back and be neutral at this decisive moment. They will lose their relevance even further if they just allow one conservative group to take on another and do not do anything themselves.