Why ousted Pakistani PM Nawaz Sharif turned against the powerful military | Asia | An in-depth look at news from across the continent | DW | 13.03.2018

Pakistan's ruling Muslim League party has failed to win the chairmanship of the Senate. Analyst Nadeem Akhtar tells DW that despite the loss, ousted PM Sharif's party would continue with its anti-establishment politics. 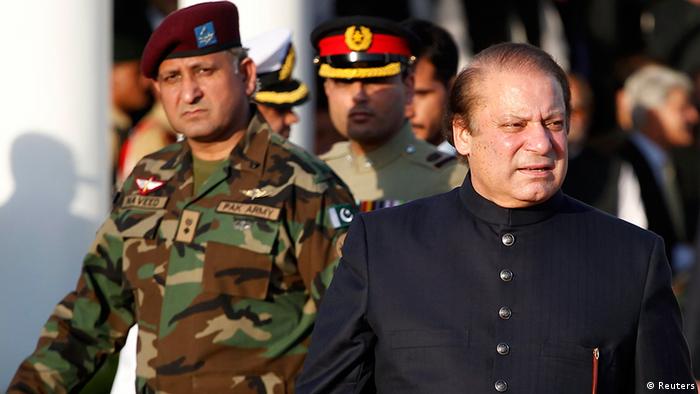 DW: The Pakistan Muslim League - Nawaz (PML-N) party's failure to win the posts of chairman and deputy chairman in the upper house of parliament did not come as a surprise because former President Asif Ali Zardari's Pakistan People's Party (PPP) and cricketer-turned-politician Imran Khan's Pakistan Tehreek-e-Insaaf (PTI, Movement for Justice) had unexpectedly joined hands. But the main question is why the political rivals — Zardari and Khan — decided to form this alliance in the Senate?

Nadeem Akhtar: The PPP could have easily gotten Raza Rabbani, the preceding chairman of the Senate, re-elected, because former Prime Minister Nawaz Sharif had offered support to the PPP stalwart. But Asif Ali Zardari did not nominate Rabbani, a veteran politician and a known democrat, for the chairmanship and instead supported Sadiq Sanjrani, an allegedly establishment-backed candidate from Baluchistan province.

Although the PPP managed to secure a victory for Sanjrani, it was political opportunism on Zardari's part. There was a chance for the PPP to prove itself a democratic party by electing the Senate chairman with consensus. [The PPP- and PTI-backed Sanjrani secured 57 votes in the 104-strong Senate, whereas PML-N's Raja Zafar-ul-Haq got 46 votes] 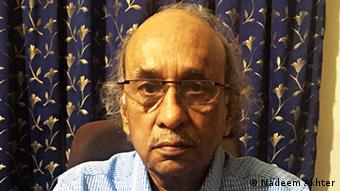 Why did Zardari, whose party was once headed by an internationally-recognized democrat like Benazir Bhutto, opt to side with Imran Khan and not with Sharif, who many analysts say has been under pressure from the military establishment?

Zardari and his PPP are losing their relevance in Pakistani politics. In the present circumstances, the former president preferred to side with the military establishment.

There is a clear political divide in Pakistan — parties that are resisting the role of the military in politics, and parties that do not want to challenge the generals and are prepared to give more space to the military in state affairs. The PPP and the PTI are aware that it is not possible for them to win this year's general election; therefore they have taken a non-confrontational stance toward the military. They know they can't defeat Sharif in Punjab province, which has been the PML-N's stronghold for decades. Sharif, in fact, has managed to increase his popularity in the country's most populous province since his ouster in July last year. This has been evident from his party's recent by-election victories. And everybody knows that the victory in Punjab will decide who the next prime minister of Pakistan will be.

I believe Zardari and Khan think it would be beneficial for them if they collaborate with the military establishment, which at present is against Sharif's powerful role in politics. That way they can beat him in elections.

What implications will the Senate defeat have for Sharif in the 2018 general elections?

It is easier to change the loyalty of the Senate members, who are indirectly elected by members of provincial and federal parliaments (provincial and national assemblies). The military establishment can pressure them into voting for a particular candidate.

It is also important to note that some 36 hours prior to the Senate chairman election, Imran Khan had accused Zardari and the PPP of bribing his Khyber Pakhtunkhwa province lawmakers to vote for the new upper house members. He had said he would not join hands with the PPP for the Senate chairman election because his party was against corruption and "horse trading." But all of a sudden, he changed his stance and allied with the PPP in the Senate.

But these tactics won't be effective in the general elections. There are close to 100 million eligible voters in Pakistan and they can't be bought.

But Pakistan's history tells us that the establishment can influence general elections. Why do you think it can't do the same in the upcoming polls?

It has become quite difficult to rig the elections in Pakistan. The election commission is more independent than before; there is a better election monitoring system; the media has more freedom than ever; and many other electoral reforms have been introduced. Yes, the military can directly take over and declare martial law, but it is unlikely to happen in the present regional and international circumstances.

#DawnLeaks: Pakistani PM Sharif 'forces' powerful military to back off

Why did Nawaz Sharif, who was once a pro-military politician, turn against the establishment?

The middle class population in Pakistan has increased manifold in the past decade. It is now close to 42 percent of the total population. The same pattern can be seen in Punjab, which is Sharif's political stronghold. Punjab's rural areas have economically prospered due to the infrastructure set up and their connectivity to bigger markets in the province. This constituency and the changing economic dynamics have forced Sharif to assert the civilian authority over the military. This is the requirement of his political constituency.

Sharif, who is a businessman, also understands that Pakistan has to take the path of regional cooperation sooner or later. Inability to do so would be damaging for Pakistan's economy and his business interests. The military establishment is against this policy, hence the clash between Sharif and the generals.

A recent study revealed that Pakistan's civilian business community [Pakistan's military runs several key businesses domestically] wants better trade ties with the neighboring countries, including India. They believe they can reduce the cost of production through regional cooperation. But the military doesn't allow this, lest it would loosen the grip on the country's political affairs. Regional conflict and anti-India narrative give it domestic hegemony that it uses to protect its strategic and business interests.

Sharif and the civilian business class in Pakistan see it as a problem. In Punjab, the business interests of the military and civilians are clashing more than ever. Civilian supremacy would ensure a level-playing field for corporate activities in Pakistan. At the moment, the military businesses get the upper hand in the form of tax exemptions and countless other benefits.

Nadeem Akhter is a Karachi-based columnist, political commentator and author of several books.