The son of former Pakistani PM Benazir, Bilawal Bhutto, is trying to inject a new life into his People's Party. But the scion lacks his slain mother's political charisma, and Pakistan has moved beyond dynastic politics. 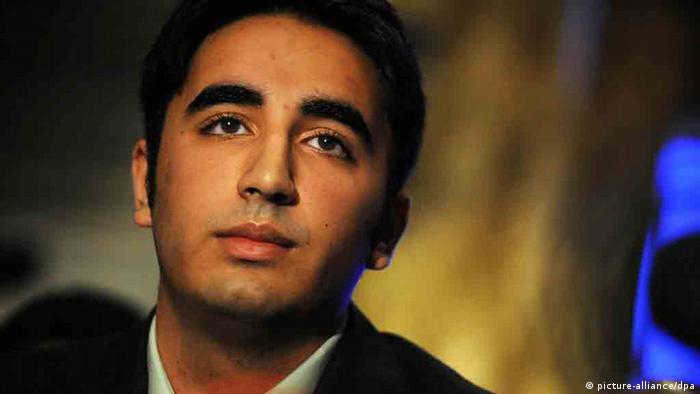 On Sunday, October 16, the chairman of the Pakistan People's Party (PPP), Bilawal Bhutto Zardari, led a massive anti-government rally in the country's southern city of Karachi. Slamming Prime Minister Nawaz Sharif for his foreign and economic policies, the son of former premier Benazir Bhutto vowed to overthrow the government.

"We will transform Pakistan if the public supports us," Bilawal said to the rally participants. "My grandfather and mother never disappointed you," the young PPP chief added.

In a thinly-veiled reference to Pakistan, Indian Prime Minister Narendra Modi has called a country in India's neighborhood a "mother ship of terrorism." His comments came at a BRICS summit in Goa. (17.10.2016)

Why Pakistani PM Sharif should replace the army chief

By not extending the army chief's tenure, PM Sharif can send a message to the military that he runs the affairs. But punishing a noted journalist for reporting about the civilian-military tussle is not the way to do it. (11.10.2016)

Islamabad wants to forge a "greater" South Asia economic alliance after India and its allies boycotted a regional summit. Experts say that Pakistani authorities are trying hard to avoid an international isolation. (13.10.2016)

Bilawal's rally took place at a time when PM Sharif is under fire from the country's opposition parties and the powerful military generals over his stance on the Kashmir conflict. Sharif's opponents accuse the PM of avoiding an "assertive" stance towards Indian PM Narendra Modi and the killings of anti-India protesters in parts of Kashmir.

There have been reports of a rift between the country's civilian leadership and the military over the handling of Pakistan-based Islamist militants, whom New Delhi accuses of undertaking terrorist activities in its part of Kashmir. Instead of siding with PM Sharif and the civilian administration, Bilawal chose to blast Modi and India, which many analysts say is strengthening the army's "Indian enemy" narrative.

"Modi is an extremist and there should be no hope attached to him," Bilawal said on Sunday, adding that the Indian prime minister was trying to divert attention from Kashmir atrocities by taking up the militancy issue. The PPP chairman said the Kashmiris had been fighting for their "right to self-determination."

Benazir Bhutto, too, played the "Kashmir card" during her two terms as prime minister - first in 1988 and then in the early 1990s. Observers say that Bilawal is trying to exploit the tense relations between PM Sharif and the army chief, Raheel Sharif, to his own political advantage. There appears to be a vacuum of a popular political leadership in Pakistan, and Bilawal is trying to fill in the void.

But does the 28-year-old scion have the charisma of his mother and grandfather Zulfikar Ali Bhutto - the founder of the PPP - to achieve these political goals?

It's been almost nine years since Pakistan's former prime minister and one of the country's most charismatic leaders, Benazir Bhutto, was assassinated in the city of Rawalpindi during an election rally. Her son Bilawal, whom she had designated as her political heir in her will, is trying to make a mark on Pakistani politics. But even after several attempts by his father and former President Asif Ali Zardari to kickstart his son's political career, Bilawal has failed to make an impact. Experts say that he has neither the leadership qualities nor the support of the masses that his mother or grandfather enjoyed. 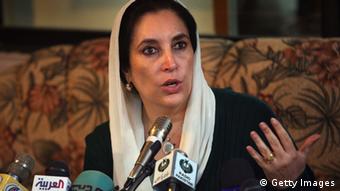 After Benazir's death, the PPP won the general election in 2008, allowing Zardari to become president, but in the 2013 parliamentary vote the party was almost wiped off from the political landscape, and was reduced to its Bhutto stronghold in the Sindh province.

Zardari's administration was marked by massive corruption scandals, incompetent governance, nepotism and the inability to rein in home-grown Islamist militants. But what also dissuaded the PPP supporters was the former government's lack of will to bring Bhutto's assassins to justice.

Many people in Pakistan say that Bilawal's future in Pakistani politics is bleak as Benazir Bhutto's PPP does not exist anymore - that it died with her in 2007. They say the current PPP is simply Zardari's party, and that it now pursues a different ideology.

Naheed Khan, one of Bhutto's closest aides, who fell out with the former president after Bhutto's murder, blames the new party leadership for the downfall of the PPP.

"The present PPP leadership is only interested in power. They have abandoned the PPP ideology," Khan said.

Khan advised Bilawal to revert to his mother and his grandfather's ideology and distance himself from his unpopular father if he wanted to revive the party.

The end of dynastic politics? 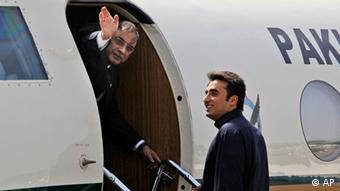 But the debate in Pakistani politics has now moved far beyond Bhutto's assassination. Other big players have emerged on the political scene, such as cricketer-turned-politician Imran Khan, who is set to lead anti-government rallies in Islamabad by the end of October, hoping to overthrow PM Sharif's elected government. And Khan's chances of coming to power are brighter than Bilawal's.

The reason that these new parties resonate well with a large section of the Pakistani middle class is their emphasis on governance issues - particularly corruption and political accountability. Pakistan has moved beyond grand slogans of socialistic revolution and the charisma of the Bhutto dynasty, barring a small section of Pakistani liberal intellectuals.

Many urban Pakistanis believe corruption is the biggest impediment to progress in their country, and they hold their politicians responsible. These educated Pakistanis from big cities like Karachi, Lahore, Islamabad and Rawalpindi pin their hopes on the judiciary, which they think has finally gained enough independence to try corrupt legislators and politicians.

But the Pakistani anti-corruption movement is also supported by right-wing parties and the private media.

"The foremost thing is to change the system. To eradicate corruption from Pakistan, we need to emphasize our morals and the accountability of politicians," Ahmed bin Mateen, a student in Karachi, told DW.

'The only true liberal party'

Still, the figure of Benazir Bhutto continues to inspire many liberal activists and intellectuals in Pakistan, who believe that she sacrificed her life for the consolidation and supremacy of democracy. 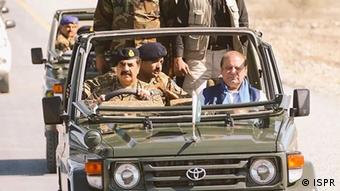 "The PPP is still the only truly progressive party in Pakistan," Ahmed Murtaza, a PPP supporter in Lahore, told DW. "It is the only party that can confront the military generals and the rising Islamism in the country. Bhutto will always be our inspiration as an icon of liberal democracy."

"The anti-corruption movements you see these days promote a right-wing agenda. Bilawal is not an ideal leader, but he is Bhutto's son and is carrying forward her mother's mission. We should give him some time," he added.

But PM Sharif's supporters might disagree with this analysis. They would say that if there is any politician that has a pragmatic policy of challenging the might of the army, it is Nawaz Sharif. After all, he is the one who, according to a controversial Dawn newspaper report, told the military generals to rein in Islamist militants. Bilawal Bhutto and Imran Khan, on the other hand, are toeing the army's line at present, experts say.