Pakistani PM Nawaz Sharif has been disqualified by the country's top court in a corruption case. Analyst Raza Rumi says Sharif paid the price for his own mistakes as well as challenging army generals in the past. 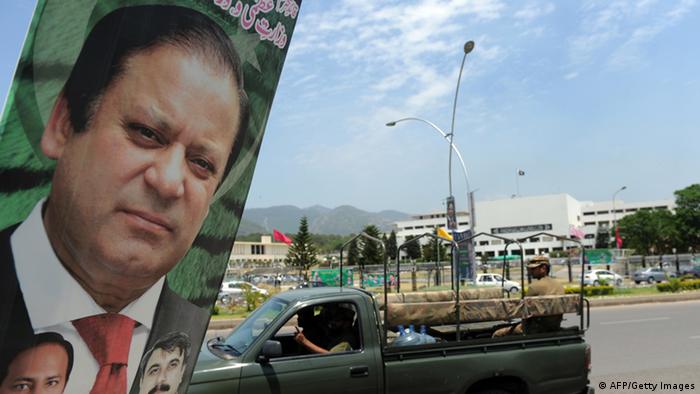 In a dramatic but widely expected verdict, the Supreme Court of Pakistan has disqualified Pakistan's Prime Minister Nawaz Sharif from public office. This decision practically ends the political career of Sharif, who has enjoyed political power for more than three decades. The apex court has also disqualified Sharif's family members and his finance minister.

The decision will have far-reaching effects, not just for the future of the Sharif dynasty but for Pakistan's fragile democratic order. Pakistan has long oscillated between military regimes and weak democratic dispensations. Since 1947, the military has directly ruled. It is noteworthy that no civilian prime minister completed his or her tenure. Sharif's exit continues the trend. 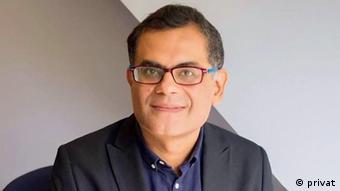 Friday's verdict is a culmination of months-long legal proceedings initiated against Sharif by the opposition leader Imran Khan after the release of Panama Papers in April 2016. Panama leaks revealed the offshore holdings of the Sharif family of Pakistan; in particular the ownership of five expensive residential properties in London. The Panama leaks triggered a political storm within the country resulting in street protests.

In October 2016, the Supreme Court constituted a special bench to examine the charges of money laundering and ownership of foreign properties. In April 2017, the top court gave a split verdict wherein two judges declared Sharif as disqualified under the vaguely worded constitutional provision that establishes the eligibility of politicians to hold a public office.

Judges put together a high-level investigative team to seek more information. Oddly enough, the team included representatives of two powerful intelligence agencies. From that day, it was clear that Pakistan's powerful military was watching this case closely. Sharif and his associates complained of a conspiracy, alluding to the interference of the powerful military establishment. Today's decision indicates that the judges had the backing of the generals who continue to call the shots.

Ostensibly, the Panama trial was about corruption allegations, forgery of documents and conflicting statements articulated by the PM's children. The Sharif family and their lawyers were unable to satisfy the investigation team and the court about the probity of their financial transactions since 1990s. However, legal experts were divided on whether the top court could disqualify the prime minister as the former was not a trial court.

But the course of Panama investigation and the judicial developments clearly suggested that PM Sharif was not going to come out of it unscathed.

These legal proceedings took place in a highly charged political environment. The media - especially many of Pakistan's noisy television channels - hyped the case and it would not be inaccurate to say that public pressure played a role in the outcome of the trial. The major opposition parties also united in their calls for the PM to step down and repeatedly reminded the courts that they had to deliver "justice."

Differences with the military

Sharif's relationship with the military was tenuous at best and it had taken a nosedive since last year when a media report, allegedly leaked by prime minister's associates, accused the military of not doing enough against Islamic militants. For months, the civilian government and the military were locked in a battle that fully played out in the media. With the convergence of anti-Sharif forces, Friday's development does not come as a surprise.

This mistrust between Sharif and the military is a recurrent story of Pakistan's contemporary politics. Sharif was fired by the military establishment twice in the 1990s on charges of corruption. After his ouster in the 1999 coup, Sharif was exiled and he returned to Pakistan after nearly a decade. His key difference with the military commanders concerns India policy. The Pakistani army's strategic worldview considers neighboring India as a permanent enemy. As elected leader, Sharif differed with this view and started a peace process.

In 2013, Sharif was re-elected as Prime Minister with a substantial majority. He made the unpardonable "mistake" of prosecuting his tormentor General Pervez Musharraf for subverting the constitution. This was the first time a former army chief had been tried for such a transgression. Throughout his current tenure, Sharif paid for this blunder. First came the street protests organized by the opposition leader because of rigging charges in 2014 that paralyzed the government for months. Sections of the military were supportive of these protests. Another public agitation was carried out in 2016 after the Panama Leaks.

Sharif tried to play safe with the military and did not try to change their control over foreign and security policies. But Sharif remained - and remains - a challenge in terms of a politician who has an alternative national security framework that looks towards regional peace and trade.

Yet, Sharif has not been ousted by the military. His business empire and its murky growth over the decades left many gaps - especially a dubious record of financial transactions, which the Sharif family tried to cover up by submitting questionable documents. In addition, some sources of funds and assets had not been declared earlier and this was enough for the Supreme Court to find him unfit to hold public office. Sharif's political career is now uncertain.

For a decade, Pakistan's courts have acted in a relatively independent and assertive manner. But there is a bitter history of courts siding with the military since the 1950s.

Will Friday's decision improve the culture of accountability and reduce corruption or reinforce past trends of authoritarianism? We shall find out soon.

Raza Rumi is editor of the Daily Times, a Pakistani newspaper, and a lecturer at Cornell University and Ithaca College.