Imran Khan: A new hope or divisive force for Pakistan?

Imran Khan has been elected by parliament as the next prime minister of Pakistan. For many, he is the country's last hope. For others, he is an Islamist. But who actually is Imran Khan? 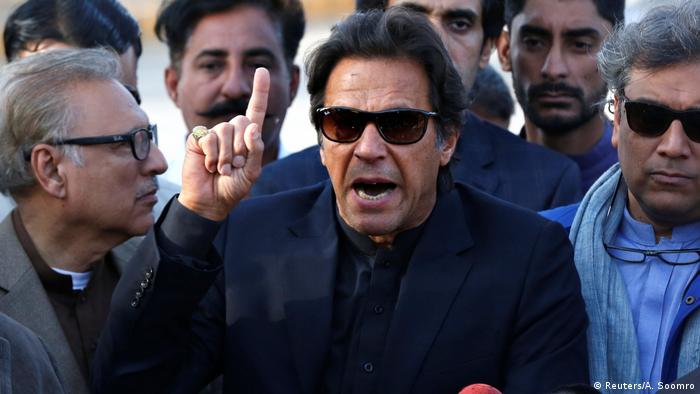 On Saturday, Imran Khan is expected to be inaugurated as Pakistan's prime minister, after winning the nation's general election on July 25. Khan and his Tehreek-e-Insaf (PTI), or Movement for Justice party, have been a disruptive force in Pakistani politics for years.

For some Pakistanis, 65-year-old Khan and the PTI are a new hope, for others he is a polarizing populist who is willing to accommodate Islamists and antagonize the West.

But those who know about politics and the economy say that neither he nor anybody else in Pakistan has the remedy for the Islamic republic's structural problems. 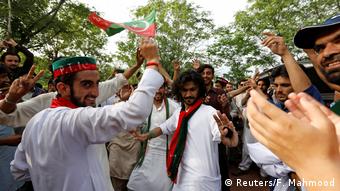 From cricket to politics

Pakistan's former cricket captain Imran Khan entered politics in the late 1990s, forming the PTI. Although he was loved by millions in Pakistan as one of the greatest cricketers the country has ever produced, and under whose leadership Pakistan won its first Cricket World Cup in 1992, Khan was never considered a serious politician — even by his ardent fans.

Prior to a huge public rally in the eastern city of Lahore in October 2011, Khan was considered a "nobody" in Pakistani politics, which is largely dominated by traditional political clans and dynasties, with mostly feudal and tribal backgrounds.

So how did a person, who was doubted even by members of his own party as a political alternative to the Bhuttos and the Sharifs, become a force to reckon with in the Islamic Republic of Pakistan and eventually go on to win a general election?

"Khan's stance on corruption, terrorism and nepotism in Pakistani politics has struck a chord with the masses, who are fed up with their ruling elite. He has no corruption charges on him, no foreign assets," explains a PTI activist and biotechnology expert from Islamabad, Khawar Sohail.

"It was the first time that political analysts and common people started to take him seriously," Owais Tohid, a senior journalist in Karachi, told DW.

Tohid believes a critical factor is Khan's support among Pakistani youth, who have always played a significant role in the country's politics. They were instrumental in bringing former Pakistani prime ministers, Zulfiqar Ali Bhutto and his daughter Benazir Bhutto, to power in 1973 and 1988 respectively.

According to the United Nations, 63 percent of the Pakistani population is under the age of 25. Observers say no political party in Pakistan can do well in elections without youth support.

But some also believe that Khan is backed by Pakistan's right-wing groups, in particular the military establishment, because of his "soft" stance on the Taliban and other Islamist militants. His rise in Pakistani politics, some people say, is due to his "good relations" with the the nation's intelligence agency, ISI. Khan agrees with the organization's stance on matters such as Afghanistan and Pakistan's national security.

Amima Sayeed, a development researcher from Karachi, told DW that Imran Khan, an Oxford graduate and ex-husband of the British writer and campaigner Jemima Khan, most definitely supports right-wing extremists.

"When the Swat peace deal between the government and the Taliban was introduced in 2009, Imran Khan was the first politician to support it. His collaboration with the Islamic Jamaat-e-Islami party is also a proof of his right-wing agenda," she said.

"He might not sound like a religious political leader of the Jamaat-e-Islami or the Jamiat Ulema-e-Islam, but his views about the region, the world, and in particular about the militant groups in Pakistan, are sympathetic if not supportive of the religious right," stressed journalist Tohid.

"He opposes military crackdown on the militants and dismisses the idea that there has been an increase in the jihadist culture in Pakistan over the years."

But that does not mean that Khan is liked by the Taliban. The Pakistani Taliban — who are against parliamentary democracy and the country's constitution — have long criticized Khan for being a "liberal" and supporter of the West. They say Khan is no different from other Pakistani politicians.

In several interviews with Western media, Khan has denied allegations that his party is trying to accommodate the Islamists. He has also said he wants good ties with the US and the West.

The two sides of Khan can be a balancing factor for Pakistan and its deteriorating relations with the West, particularly the US, which is in the process of withdrawing its troops from Afghanistan. But Khan can prove to be a double-edged sword for the West as nobody knows which of his sides will dominate after he takes over as Pakistan's prime minister.