Pro-Kremlin online harassment on trial in Finland | Europe | News and current affairs from around the continent | DW | 17.10.2018

Reporter Jessikka Aro knew her work exposing Russian disinformation efforts was important by the viciousness of those trying to silence her. A Finnish court is due to decide whether the pro-Kremlin trolls went too far. 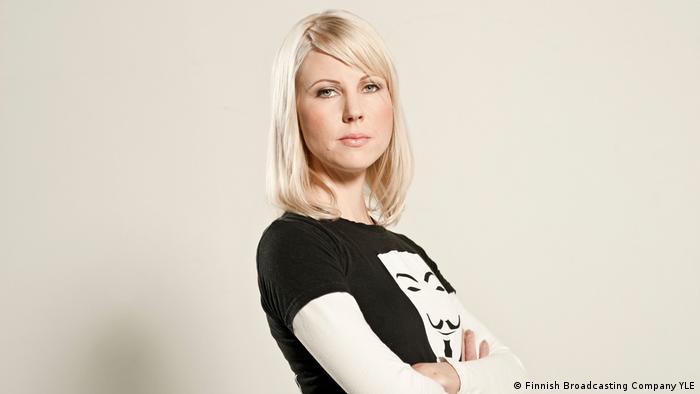 Growing up in a country often ranked first in the world for press freedom, Aro could never have imagined how virulently those open channels could turn against her personally. Back in 2014, the reporter for public broadcaster Yleisradio wanted to learn more about Russian propaganda increasingly being disseminated in Finland, particularly via social media. "I thought that this is some very interesting and new phenomenon and this is a threat to Finnish people's freedom of speech," Aro told DW.  "I [wanted] to take a deeper look into it and find out how influential such an operation actually is. I was really astonished to find out that it's quite big — super big actually."

But shining a light in those dark crevices proved to be a danger to Aro herself. She began publishing what she learned, including on a trip to St. Petersburg, Russia, where she interviewed workers at a "troll factory" who were paid to create false online accounts and pump out fake stories.

The reaction from the pro-Russian side was instantaneous and fierce.

Aro began being harassed incessantly on social media with an enormous amount of effort being put into the attacks. Her personal medical records were made public, she was photoshopped in demeaning ways and called all sorts of profanities along with being labeled a "NATO spy." Her every move was tracked. She went on vacation to Thailand and found afterwards that photos of her dancing at a concert had been published online with disparaging comments.

The torment took chilling steps beyond online, though, with phone calls including the sound of a gun being fired. Someone sent her a text purporting to be from her father, who had died two decades earlier.

"I was hoping maybe this will end, but it just got worse and worse and worse," Aro said. "Even my own friends started liking and commenting these filth pieces about me, so I noticed that it really has influence."

She was especially shocked by the high number of death threats she received, including one from someone she knew, whom she had to report to the police. But the frequency was such, she said, that the police could never investigate all of them, even if their seriousness was possible to ascertain. "I don't have the resources to go through all of them to see whether this person is a Russian troll or a Finnish troll influenced by Russian trolls or then an actual person who could be taken to jail," Aro said.

Undeterred despite the massive personal toll it was taking, Aro continued reporting, receiving Finland's Grand Prize for Journalism for her work. Finally, she decided it wasn't enough simply to keep exposing the propaganda; Aro decided to fight back in court against the Finnish purveyors of Kremlin propaganda, long-time Moscow mouthpiece Johan Backman and Ilja Janitskin, who founded and runs the pro-Kremlin website MV-Lehti. Backman's Facebook profile lists one of his roles as a representative for the "Donetsk separatist movement" and photos include one in a smiling handshake with Syrian President Bashar Assad.

Reporters Without Borders (RSF) has expressed its support for Aro. "We welcome this trial, which is all the more emblematic because many reporters continue to be the target of troll armies seeking to discourage or even silence the journalists who cover them," RSF said in a statement. "As the two suspects have been clearly identified, we count on the Finnish judicial system to ensure that this is an exemplary trial and that it sends a clear message to those who harass journalists online." 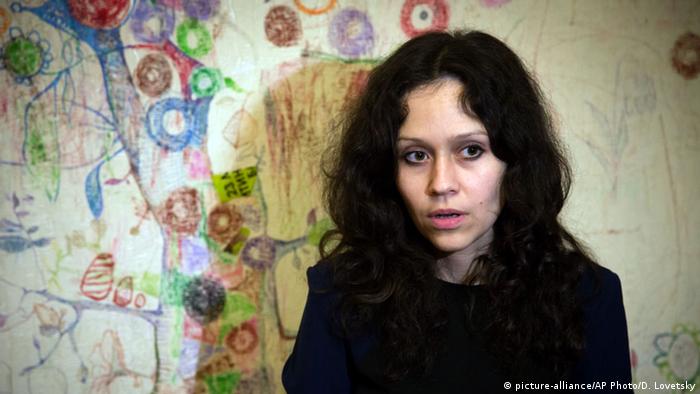 RSF's Finnish Chairman Jarmo Makela told DW this verdict would be very significant, and he was expecting a ruling of guilty. If so, Makela explained, "it will encourage authorities to deal with hate speech much more actively than they have done so far. We expect a clear line to be drawn between free speech and hate speech."

Ben Nimmo, a senior fellow for Information Defense at the Atlantic Council's Digital Forensic Research Lab, agrees with Makela. "Trolling is one of the worst aspects of online life for journalists. It's online bullying gone wild, and Jessikka Aro has been one of the top targets. This case has exposed the sheer viciousness of the troll campaign against her, which has been designed to destroy her career and her morale."

Nimmo said that regulation and enforcement against online harassment has not been able to keep pace with propagandists and abusers. "With this case, there's a chance that the law is finally catching up," he said. "Trolls breed in lawless spaces. Ms. Aro was one of the first journalists to report on the Russian 'troll factory' in 2015. It would be fitting if her case marked the moment when the law started closing down at least some of the trolls."

And Aro has also turned the internet from a bully into a benefactor. She crowdfunded more than $30,000 (€26,000) for an investigation and book to be published in February titled "Vladimir Putin's Troll Empire."