A new poll has indicated Germans are markedly more pessimistic about refugees. Fifty-six percent of respondents now find Chancellor Merkel to be doing a poor job handling the refugee crisis. 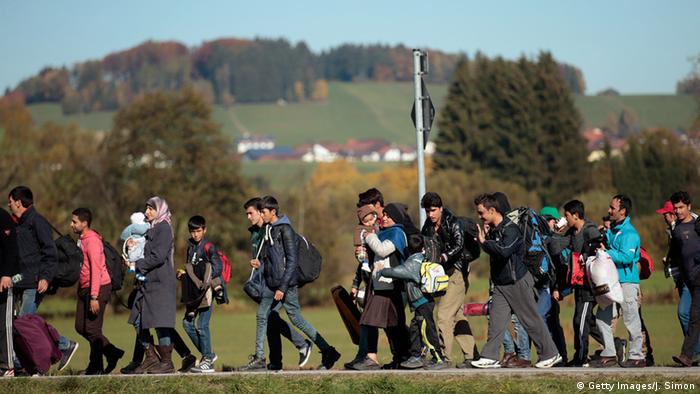 A rising number of Germans believe the country cannot handle the massive influx of refugees, are concerned of rising crime and a threat to their culture, and question Chancellor Angela Merkel's policies, according to a poll by public broadcaster ZDF published on Friday.

For the first time, a majority of Germans say the country cannot manage the influx of asylum seekers, compared to 46 in December. Meanwhile, only 37 percent find the crisis manageable.

That puts German opinion increasing at odds with Merkel, who has repeated the mantra "we can manage" in response to the 1.1 million asylum seekers who arrived in the country last year.

Still, a majority of 57 percent also do not believe a proposal to set an upper-limit on the number of refugees at 200,000 as advocated by the Christian Social Union (CSU), the sister party to Merkel's Christian Democrats (CDU), would work.

Meanwhile, 73 percent of respondents believe laws and procedures for deporting asylum seekers who commit crimes should be strengthened, in a nod to the government's recent moves in that direction.

Furthermore, compared to 33 percent of respondents in October saying that refugees represent a threat to German culture and societal values, 42 percent now believe so. That compares to 52 percent of Germans who do not view refugees as a threat.

The growing negative sentiment is hitting Merkel's numbers on the refugee issue. Compared to 49 percent in December, 56 percent of respondents now say that they do not believe Merkel is doing a good job handling the refugee crisis.

The poll was conducted by telephone with 1,203 random respondents between January 12 to 14.