Poland′s ex-foreign minister: Trump was ′right on some issues′ | Europe | News and current affairs from around the continent | DW | 01.11.2020

Poland's ex-foreign minister: Trump was 'right on some issues'

Radoslaw Sikorski, a former Polish foreign minister and current European Parliament member, told DW why Poland might miss President Trump if he were not to be reelected, even if the US-EU relationship hasn't been easy. 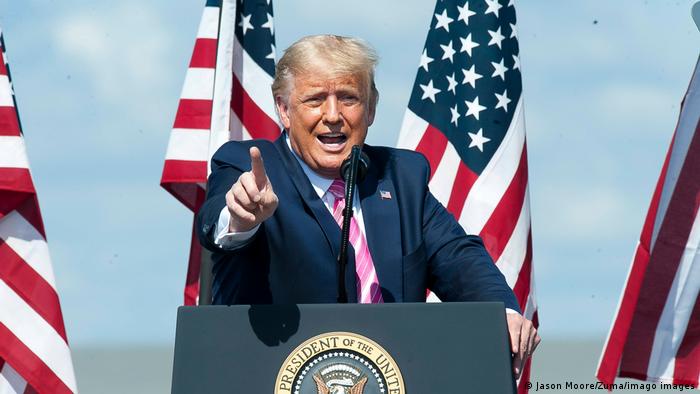 Deutsche Welle: What do you expect from the elections in the United States? Could it be the end of the nightmare, given how many Europeans regard the Trump administration, or could it be more of the same?

We don't know who is going to win. The fact that you need so many more votes if you are a Democrat to win than if you are a Republican — it is not an example to follow and is one of the problems that we see in American democracy. I have to tell you, for the first time, I will be reading the OSCE [Ogranization for Security and Co-operation in Europe] observers reports about US elections.

But say that Joe Biden wins. Then I think we can restore some trust in the relationship, get rid of some of the sillier economic sanctions and forge a common strategy towards the problems that we face, not just climate and terrorism, but also the growing power of China. 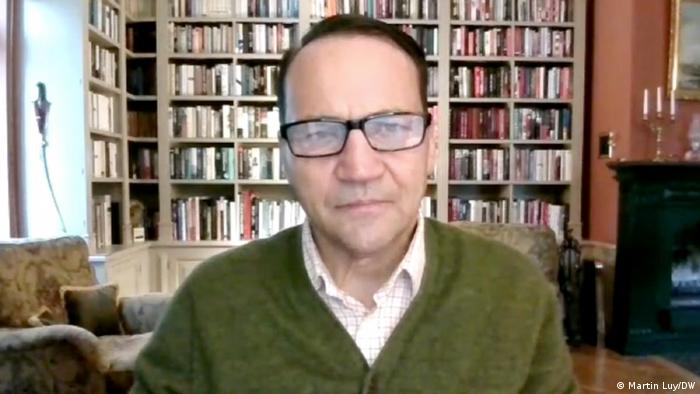 Sikorski spoke to DW via Skype from his home in Poland

From your view, what did President Trump do for European-American relations in the last four years? Is Europe now better off than before?

Well, I think he damaged trust in the [European] American alliance, even though he was right on some issues. For example, he was right to call on European allies to spend more on defense. And I even have to tell you, I sympathize with some of the style, because when George Bush or Barack Obama did it more politely, it didn't work from our Polish perspective.

Trump was also right to impose sanctions on Nord Stream 2, which is an investment in which Germany has put its economic interests above the interests of all of Europe and Central Europe in particular. So from our point of view, it's not entirely negative.

And what we remember here is the unfortunate appearance at the Helsinki summit with President Putin at which he said that he trusts the leader of Russia more than he trusts the FBI. That really hurt the trust that President Trump would stand up to Russian aggression in the future. 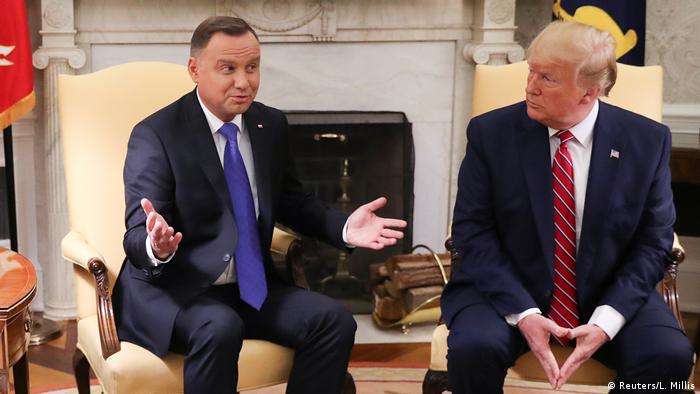 Some European countries were not so unhappy with President Trump. You mentioned your own home country, Poland, but others also maybe saw Mr. Trump, or see Mr. Trump, as a kind of a role model in his more nationalistic, isolationist approach?

In Poland, we have a nationalistic government and a traditionalist president, and they have put all their chips on an ideological alliance with President Trump. And what they've received in return is some vague promises to move troops from Germany to Poland, which is something that [other] Polish governments have been in favor of.

On the other hand, if President Trump loses, then our government and our president will be somewhat offside. It will be quite hard for them to  build a relationship with Joe Biden.

From the view of the European Parliament, would there be a sigh of relief if Joe Biden wins, because then you could expect a return to a more multinational approach in international affairs?

President Trump famously called us, the European Union, a foe. He's moderated his rhetoric recently, but I don't think I'm alone in thinking that he sees alliances with democracies as encumbrances rather than assets for the United States.

Joe Biden is a known quantity. I've met him several times. We know that he is a trans-Atlanticist. And I know for a fact that he and his team are already preparing a grand opening in its policy towards the European Union. I think it would be easier for us to deal with an America run by Joe Biden than if Trump wins again and serves a second term. 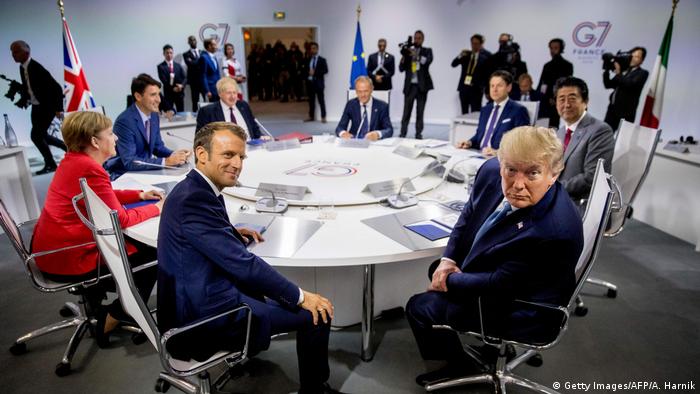 Trump (r) has been on uneasy terms with European leaders, such as France's Macron (l), but he has gotten on with Poland's government

Do you think the pressure on Europe and European allies would even increase [if Trump were to be reelected]? Would it be possible that he would put more pressure on NATO, even leave NATO — a threat that his former security adviser, John Bolton, once said?

If he gets a second term, then we'll learn something about the American people and about the American political system. And, of course, we would need to get real about European autonomy and Europe providing for its own security. Our leaders talk the talk, but they don't walk the walk in the sense of spending real money on European defense or actually following the Lisbon Treaty and forging ahead with a common foreign policy. They say it, but they don't do it. And if we have a second Trump administration, I hope we would start doing it in earnest.

Which of the two potential presidents would keep Russia better at bay from a European perspective, Biden or Trump? Who's better in that regard?

President Trump's relationship with Russia's president is strange. But you have to look at the reality of what he's done. He expelled Russian diplomats out of solidarity, for example, for the Skripal poisoning in Britain. He has kept up the rotational presence of US troops both in the Baltic states and in Poland. And I'm not sure that President Putin is entirely satisfied with the way it's panned out. But you know, Trump can end NATO with one tweet by saying that he won't defend Latvia or Lithuania. And and we know that Joe Biden wouldn't send such a tweet. I think we all have a concern that President Trump might.

Radoslaw Sikorski is a member of the European Parliament and chairs the parlamentary group for relations with the US. He served as foreign minister of Poland from 2007 to 2014.