US election: Most Europeans would vote for Joe Biden

If Europeans could vote in the upcoming US elections, President Donald Trump would suffer an overwhelming defeat, a new poll has found. Withdrawing from the Paris climate agreement has made him unpopular across the pond. 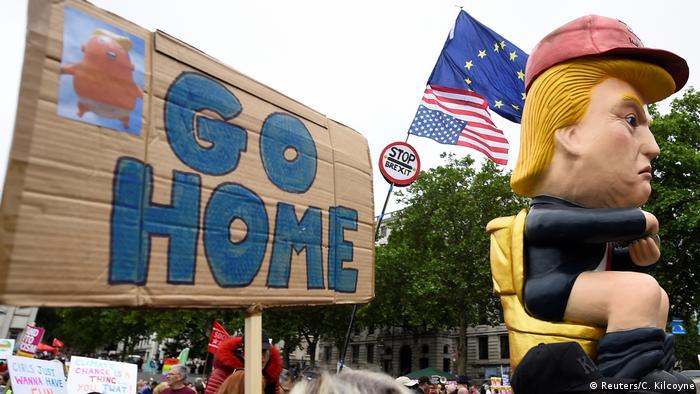 Democrat candidate Joe Biden would win the US presidential election if Europeans were voting, a survey by research firm BVA revealed Friday.

Over 11,000 people in five European countries — Britain, France, Germany, Italy and Spain — took part in the survey. Germans were the most enthusiastic Biden supporters, with around 66% saying they would back Biden.

Incumbent President Donald Trump's best score was in Italy, where 15% said they would support the Republican candidate. But even there, 42% still said they would plump for Biden.

The US presidential elections are set to take place on November 3. Trump is currently trailing Biden in opinion polls.

What do Europeans think of Trump's policies?

Researchers also asked participants what they thought about policies carried out by the Trump administration during its tenure.

Trump's decision to withdraw the US from the 2015 Paris climate agreement was one of his least popular moves among Europeans. The move got single-digit approval ratings everywhere but Spain, where 11% were in favor.

Trump's plan to build a wall along the US border with Mexico was almost as unpopular. People in the UK, which is pulling out of the EU bloc, were the biggest supporters of this, with 17% approval.

What do Europeans feel about the US in general?

Asked their opinion of the US more generally, just 22% of Germans said they viewed the country positively.

Italians were the most favorable towards the US, with 38% saying they had a good opinion of the country.

While the poll showed strong anti-US and Trump sentiment, this does not seem to have dampened Europeans' interest in the upcoming elections.

According to BVA, a large majority say they are interested in the election. Around 85% of Germans in the poll said they were following the presidential race while the other four countries registered around 70% interest.