Poland versus Putin: Dispute over history | Europe | News and current affairs from around the continent | DW | 31.12.2019 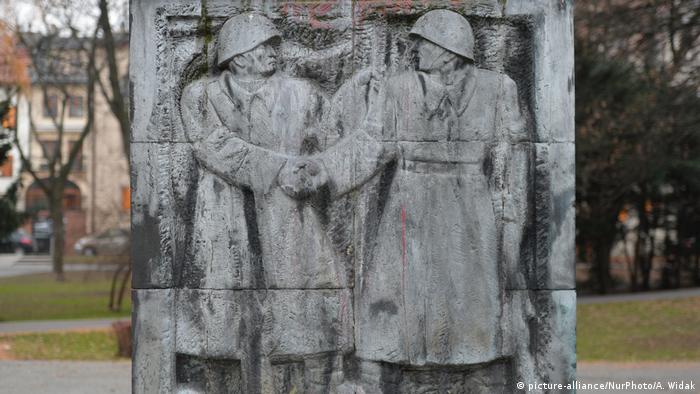 "President Putin has lied about Poland on numerous occasions, and he has always done it deliberately," Morawiecki said in a statement quoted by AP. "It usually happens in a situation when the authorities in Moscow feel international pressure caused by its actions. And this pressure is not on the historical stage but on the modern geopolitical scene." 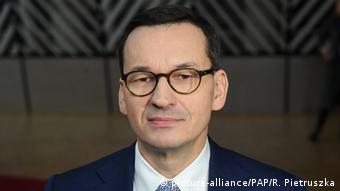 Morawiecki was referring to the US sanctions against the controversial Nord Stream 2 gas pipeline between Russia and Germany, the ban imposed on Russia by the World Anti-Doping Agency (WADA) and the dispute over energy supply between Russia and Belarus — implying that Putin wanted to divert attention away from these issues.

The Russian president recently made statements relativizing the secret 1939 non-aggression pact between Nazi Germany and the Soviet Union, which carved up the European map into German and Soviet "spheres of influence," in a bid to keep the two powers out of each other's way. Putin also claimed that Poland was also partly responsible for the war, that its political leadership was anti-Semitic and that Jozef Lipski, the Polish ambassador to Germany until 1939, was "a bastard, an anti-Semitic pig." The wartime ambassador reportedly promised Hitler a memorial in Warsaw for the deportation of Jews.

Last Friday, Poland summoned the Russian ambassador, followed by Prime Minister Morawiecki's statement on Sunday, which was coordinated with Polish President Andrzej Duda. Morawiecki also emphasized in his statement that Stalin's greatest victim was the Russian people. They deserve the "truth" instead of "exchanging perpetrators and victims." 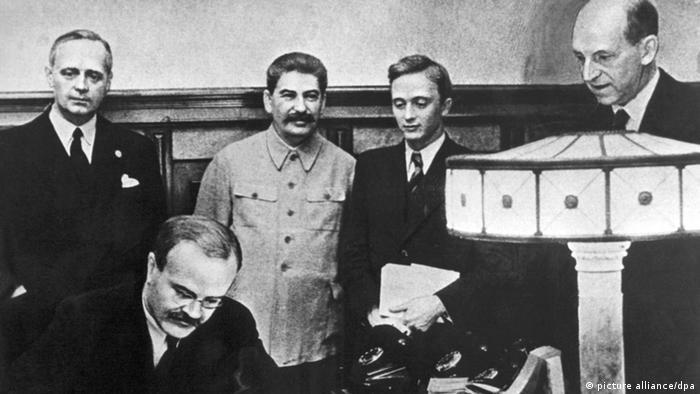 Poles were not the only ones outraged by Putin's statements. German Green party politician Manuel Sarrazin, who serves as party spokesperson for Eastern Europe in the Bundestag, said that the Russian president wants to "hide the Soviet co-responsibility for Nazi Germany's invasion of Poland … "This is an active history policy that obviously serves the purpose of legitimizing the current Russian neo-imperial policy in Central Europe." German ambassador to Poland Rolf Nikel said on Twitter: "The Soviet Union participated jointly with Germany in the brutal division of Poland."

In addition, US Ambassador to Poland Georgette Mosbacher wrote on Twitter: "Dear President Putin, Hitler and Stalin colluded to launch WWII. That is a fact. Poland was a victim of this horrible conflict.

There is even criticism from Russia itself. The newspaper Kommersant wrote that the approaching 75th anniversary of the end of the war is determining the actions of the Kremlin — and its version of history.

"For a long time now there has been a tendency in Russia to return to the presentation of history from the Stalinist era," Kosma Zlotowski, MEP for the ruling national conservative PiS party, told DW. The Kremlin is using this in a targeted manner: "Poland is in the middle of an election campaign; Putin most likely wants to influence that. He also wants to weaken Poland's position with its allies."

But it's not only Poland that wants to teach Putin about its version of history. He has also fallen out with the Czech President Milos Zeman, who is considered pro-Russian. The reason: the Czech Republic wants to commemorate the bloody suppression of the Prague Spring in 1968 by Warsaw Pact troops with a public holiday — a move the Russian foreign ministry immediately criticized as a "disappointment". Zeman is now considering not participating in the celebrations of the 75th anniversary of the end of the war in Russia in May.

Moreover, Putin, according to his spokesman, is not currently planning to travel to Auschwitz at the end of January for the commemoration of its liberation by the Soviet Red Army. One reason for Putin's refusal could be that the Polish government did not invite him to the commemoration marking 80 years after the beginning of the war in September. 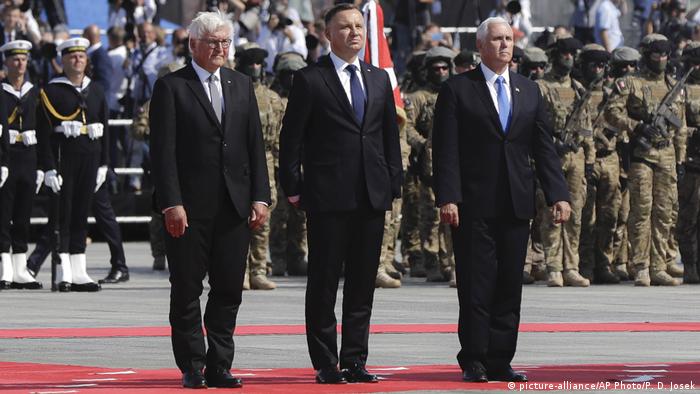 German President Frank-Walter Steinmeier, Polish President Andrzej Duda, and US Vice President Mike Pence (l. to r.) attended the commemoration of the beginning of WWII in Warsaw in September

After all, the Second World War not only meant the invasion of western Poland by Germany under Hitler, but a few weeks later also the invasion of the eastern part of the country by the Soviet Union under Stalin. "For that generation of Poles who experienced a divided country, the worst enemy at that time was not Germany, but Russia," Polish historian Zbigniew Wozniczka emphasizes. Even after the war, Polish-Russian relations were only formally friendly, and in many places antipathies persisted.

A historical reconciliation only seemed conceivable when Putin met with then-Prime Minister Donald Tusk on April 7, 2010 in Katyn, where Stalinist mass murders of Polish elites had been carried out. 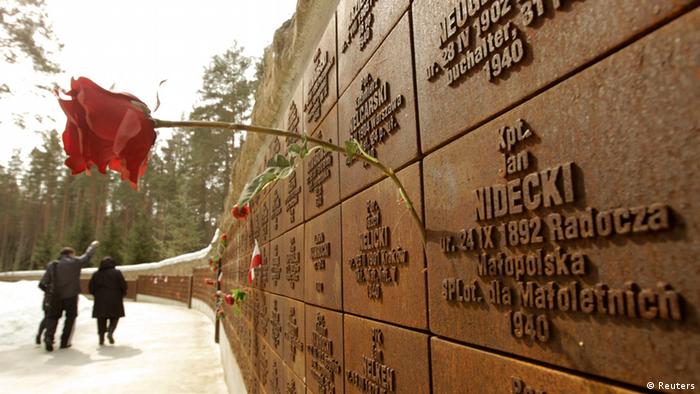 But only three days later, the Polish government plane crashed near Smolensk in Russia, with 96 passengers on board, including Poland's President Lech Kaczynski. Polish-Russian relations have been in a dire state since, says PiS politician Kosma Zlotowski, with no prospect of improvement. Putin's statements on the history of the world war are therefore aimed less at Poland itself than at damaging the country's reputation with Western partners.

Stanislaw Zerko of the Poznan West Institute argues that the Russian president is pursuing historical revisionism in the style of the Stalin era. "Putin not only manipulates; he distorts facts and documents and simply lies," the historian says. "I can also only warn Polish supporters of such politics of memory not to follow in Putin's footsteps. Politics of memory must not serve to glorify one's own nation."

'Russia is the only conceivable threat to Poland'

Former Polish Foreign Minister Radoslaw Sikorski told DW why he sees Russia as a threat to European stability – and why he supports a possible US military presence in Poland. (10.10.2018)

When Poland was lost: The Soviet invasion 80 years ago

Only 16 days after the Nazis invaded Poland, the Soviet Union followed suit and marched into Poland on September 17, 1939. The event burdens Polish-Russian relations to this very day, and reconciliation is not in sight. (17.09.2019)