Czech dissident Jan Palach inspired action 50 years ago in Prague | Europe | News and current affairs from around the continent | DW | 16.01.2019

In 1969, the Czech student Jan Palach self-immolated to stir his compatriots. He called himself "Torch No. 1" and warned the leaders of Czechoslovakia that others would follow his example if change did not come. 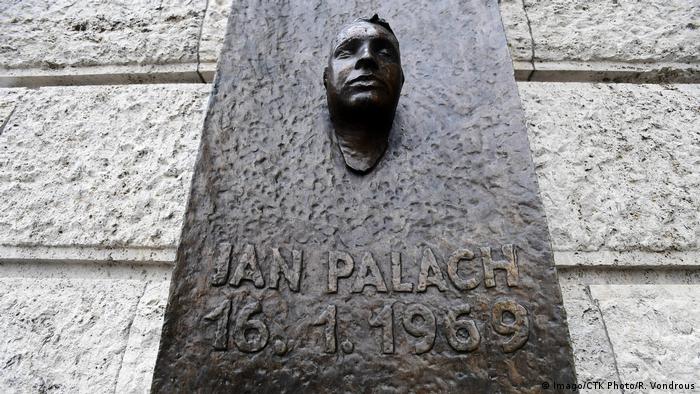 On January 16, 1969, the 20-year-old Czech student Jan Palach set himself on fire to attempt to stir his compatriots from the collective malaise that followed the Soviet-ordered invasion that put an end to the Prague Spring.

He named himself "Torch No. 1" and warned the leaders of the then Czechoslovakia that others would follow his example if change did not come.

A common perception is that Palach self-immolated to protest the invasion of Czechoslovakia by troops from fellow Warsaw Pact nations. In reality, his protest was intended to inspire his compatriots to stand up to the occupiers. "Palach took issue with people's indifference, and that they had adapted to the new reality," the Slovak journalist and writer Martin Milan Simecka said.

Palach died on January 19, three days after setting himself alight. Protesters and mourners went to the Karolinum, the seat of Charles University's rectorate, to bow their heads in front of Palach's coffin. Later, his coffin was taken to Olsany cemetery, where at least 200,000 mourners attended the funeral.

"His self-immolation was not a form of protest at all," said Lukasz Kaminski, a historian at the University of Wroclaw, who specializes in Soviet-era Central Europe. Instead, Kaminski said, Palach's "gruesome death was intended to encourage the Czech and Slovak people to resist the occupation."

It did. Following Palach's self-immolation, many Czechs and Slovaks went on hunger strike; others took to the streets. They insisted that Palach's calls — expressed in his farewell letters — to abolish censorship and stop the dissemination of the Soviet propaganda publication Zpravy should be heeded.

The protesters' — and Palach's — demands went unheeded. Censorship remained in place and the Soviet occupiers continued distributing their propaganda publication. Nothing had changed, and the Czech and Slovak people grew apathetic. 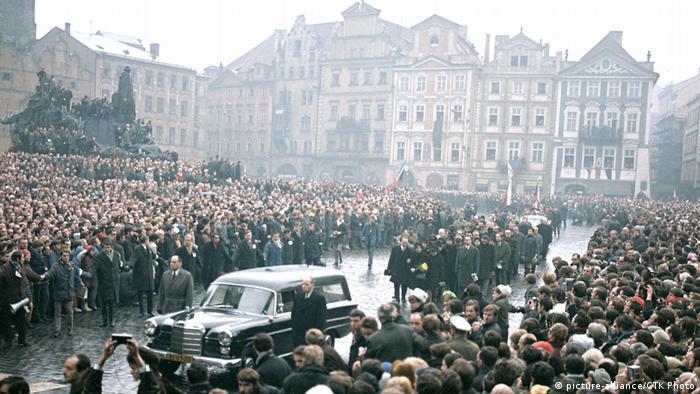 At least 200,000 protesters turned out for Palach's funeral 50 years ago

Palach did not die in vain. Two decades later, a group called the Movement of the Children of Bohemia — a self-described "monarchist-anarchist" initiative — took inspiration from his activism and called for new protests.

These activists, like the thousands of others who would prove crucial to putting an end to Soviet rule in Czechslovakia, had been children when Palach set fire to himself in 1969. But on January 15, 1989, they took to Prague's Wenceslas Square to commemorate his incredible protest and the sacrifice he had made. They flocked to the square every day for a week, in what later became known as "Palach week."

"That shows the role Palach still plays in the Czech national psyche," said Simecka, the Slovak journalist. His legacy helped inspire the massive protest on November 17, 1989, when demonstrators marched with no fear of the police. The protests continued, ultimately bringing down the communist regime by the end of 1989 and sweeping the dissident Vaclav Havel into Prague Castle as Czechoslovakia's first democratically elected president in the postwar era.

"His legacy is invoked even now," said Kaminski, the Polish historian. "So, it is little wonder that a protest rally against the current government has been planned for January 16 on Wenceslas Square."