The Kremlin uses World War II as a way of embedding in the Russian mind the idea that everything the authorities of "Fortress Russia" did, do or will do in the future is good by definition, writes DW's Konstantin Eggert. 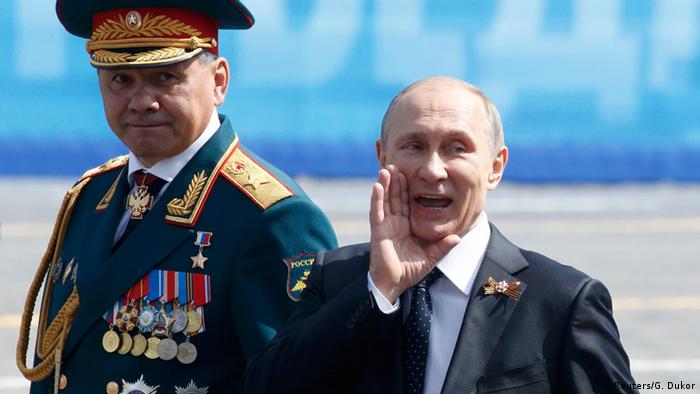 These are very busy days for Russia's state media and thousands of paid trolls.

As the 80th anniversary of the Hitler-Stalin pact and the beginning of World War II approaches, the Russian state has unleashed a massive media exercise (including the social media accounts of its diplomatic missions) in the Soviet-era art of "whataboutism" — given a new life under Vladimir Putin. The campaign aims to convince the Russians and the world that the calamity of 1939 was of Western making, and that the Poles and the Baltic states, who were victims of aggression, were in fact as bad as the occupiers and had made their own deals with the Nazis. The old Soviet propaganda line — "Stalin was forced by circumstances to strike a bargain with Hitler" —  has been replaced by what at times resembles a boisterous celebration of the pact and resulting conquests, especially the USSR invading Poland together with the Nazis in September 1939 and occupying Lithuania, Latvia and Estonia in the summer of 1940.

Read more: Estonia reaches out to its ethnic Russians at long last

Putin knows full well that these are extremely sensitive and painful subjects for people in Central Europe and the Baltics. But he charges ahead with offending them even more, making an already cold relationship even colder. He has also overturned policies of his predecessors, Mikhail Gorbachev and Boris Yeltsin, who had taken some steps toward recognizing the USSR's responsibility and condemning Stalin's actions. Last May a Kremlin-financed Russian propaganda outlet, the Institute for Foreign Policy Research and Initiatives, published a book called "Anti-Hitler Coalition: The Failure Formula," pinning the blame for the beginning of the war on Britain and France. It included the first-ever publication — in full color — of the secret protocol, with profuse "thanks" to the Russian Foreign Ministry's archive.

The Kremlin had for decades denied it had such a protocol. The publication of it can only have been possible on explicit orders from Putin himself.

Since Russia's annexation of the Crimea and its invasion of eastern Ukraine in 2014, Putin's actions have been frequently compared to those of Stalin. He has now decided to conform to this image, sometimes in an almost grotesque fashion. There are three reasons for this.

Firstly, he continues to forge ahead with creating and imbuing the Russians with his own version of the country's history, identity and patriotism. In it, state authority is always right and righteous — whether exercised by the tsar, the general secretary or the president. The noblest civic duty is to unquestionably accept this authority's judgement and be ready to die when it orders you to. The Second World War, with its immense and heroic sacrifice by the peoples of the Soviet Union, has for the last five years served as the ultimate propaganda justification for Putin's "Fortress Russia" isolation policy. Glorification of Stalin's cynicism and aggression as "pragmatism" and "defense of national interests" serves this purpose well, especially at a time when, according to the polls, the Russian public has started to become concerned more about the economy and social issues than foreign adventures.

Just as — secondly — it is designed to scare the West. "You say I am bad? Well, I am even worse than you say I am!" That is a typical message for an isolated authoritarian ruler whose main concern is not be seen as "weak," whether by domestic audiences or external partners. Putin wants to control the narrative and be seen as not submitting to anyone's rules but his own. 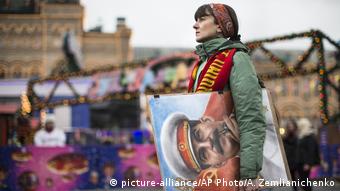 Stalin has many admirers in Russia

Thirdly, Vladimir Putin is looking toward the year 2024, when he intends to stay in full control of Russia even as he must officially step down as president. While an overhaul of the Russian constitution and lifting limits on the number and sequence of presidential terms remains a possibility, it would be out of character. The Russian leader likes unexpected and spectacular decisions — like the Crimean "miracle" of 2014, that is, the peninsula's annexation. So creating a "new" state — for example by joining the Moscow-created and financed separatist "republics" in eastern Ukraine to Russia, which is actively being discussed in Moscow— might fit the bill. It could give the Russian strongman a pretext to promulgate a new constitution and reset the presidency clock. Reminding his fellow citizens that Stalin did the same thing would prepare them for possible future developments. To me, Putin's message is unmistakable: "We did it before. We can do it again."

During Vladimir Putin's two decades in power, polls have often shown Russians blame their government rather than their president for their problems. Amidst a new wave of domestic tension, that could be changing. (09.08.2019)

Historian Martin Aust sat down with DW to discuss Russia's imperial heritage and the annexation of Crimea. He also offered predictions about life in the country if and when President Vladimir Putin ultimately steps down. (12.06.2019)

Mexico: Journalist shot to death in latest attack on media workers 2h ago

Germany: Severed head dropped outside Bonn courthouse, but no homicide case 5h ago

WHO: Pregnant women and children vulnerable to monkeypox 8h ago