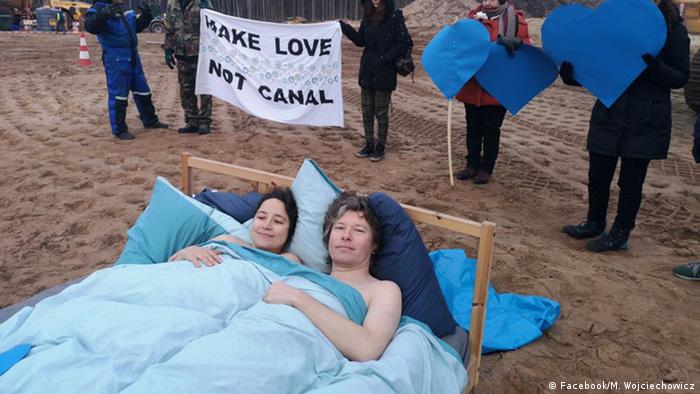 Climate activist Mayra Wojciechowicz thought of no worthier way to spend Valentine's Day than jumping into bed to protect the environment. But her bed was on top of the site of a planned canal project.

Poland is preparing to dig a waterway to construct a canal in the north of the country despite concerns being flagged in the European Union that it could harm the environment.

"Tenderness is our response to this illegal action," said Wojciechowicz, who lay in the bed next to fellow protester Rudolf Robak. 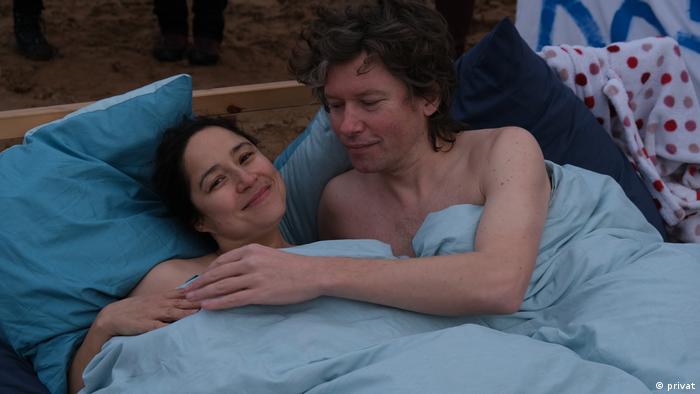 "Greed, failure to respect nature, selfishness, lack of imagination, endless rivalry and lack of responsibility have reduced the world to the status of an object that can be cut into pieces, used up and destroyed," added the activist, quoting Polish Nobel prize-winning author Olga Tokarczuk.

The organizers of the protest, Camp for the Vistula Split, said it was inspired by Tokarczuk's words in her lecture, "The Tender Narrator."

Tokarczuk is known for her criticisms of the country's ruling Law and Justice (PiS) party's policies on Poland's judiciary and rule of law. 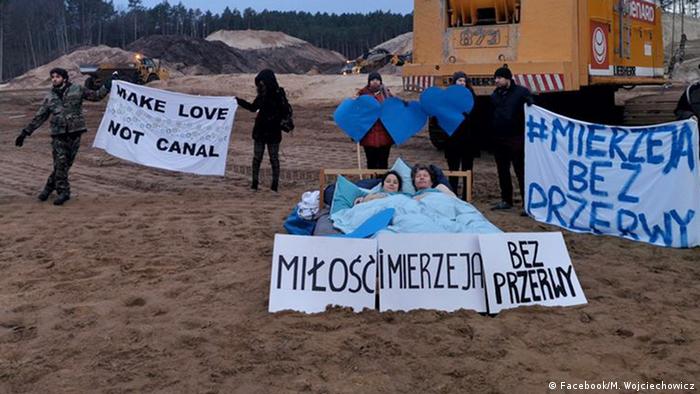 "Tenderness is our response to this illegal action," said activist Mayra Wojciechowicz

Poland says canal is for security

The PiS plans to cut across the Vistula Spit, a narrow stretch of land that separates the country's eastern coastline and the Vistula Lagoon from Gdansk Bay in the Baltic Sea.

The land is 55 kilometers (35 miles) long and less than 2 kilometers (1.25 miles) wide. The Polish side is heavily forested and already contains a number of tourist resorts. The eastern side belongs to the Russia exclave of Kaliningrad.

The PiS, wary of Russia, said the canal is important for economic and security reasons because the only access to the lagoon from the Baltic is currently a channel at the Russian end of the spit. 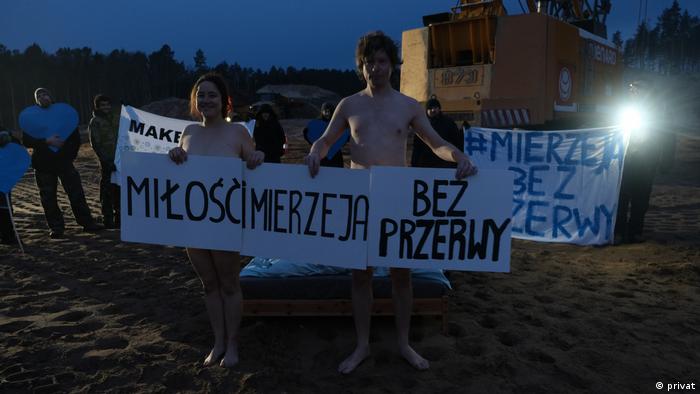 "Lack of responsibility has reduced the world to an object that can be cut into pieces," the activists said

Protesters on Friday deployed banners reading "Make love not canal" around the bed where the couple lay naked.

Still feeling exhausted from the day-long protest, Wojciechowicz told DW she managed to get only three hours of sleep, only returning home shortly before midnight local time (2300 UTC/GMT) on Friday.

When asked whether the in-bed protest has made a difference, Wojciechowicz responded: "I'm sure many more people have heard what is going on at the canal as it is now all over Polish media." 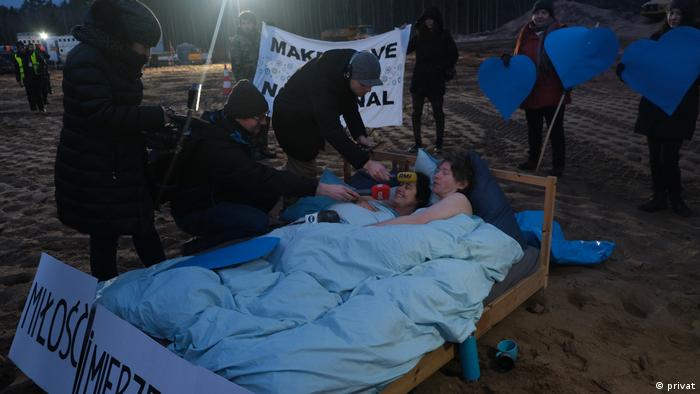 Biofuels: Good or bad for the environment?

Industrialized countries have subsidized the use of biofuels in an effort to reduce greenhouse gas emissions. But campaigners say a focus on bio-based crops for fuel may actually be doing more harm than good. (25.06.2018)