Thousands of Poles have joined anti-government rallies across the country to voice their support for the embattled judiciary. The march comes after a judge was dismissed for questioning the ruling party's court reforms. 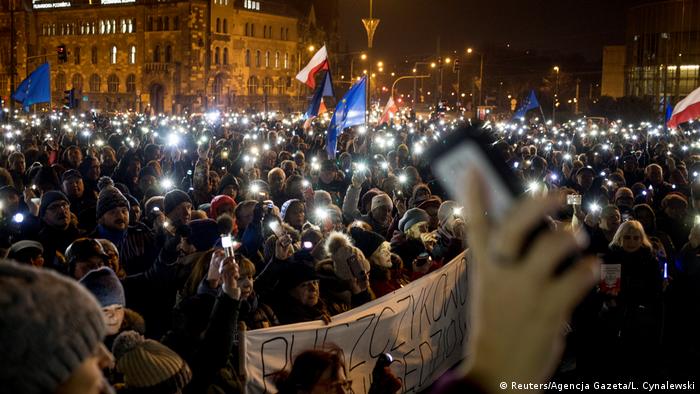 Large crowds marched in Warsaw and other cities on Sunday to show their solidarity with judges who have come under pressure from the right-wing government.

Since coming to power in 2015, Poland's Law and Justice Party (PiS) has pushed through sweeping judicial changes, including rules for how judges are appointed. The reforms have led to protests at home and strong rebukes from the European Union, which accuses PiS of seeking to undermine judicial independence and the rule of law.

The government says an overhaul of the judicial system is crucial to tackling corruption and making courts more efficient. 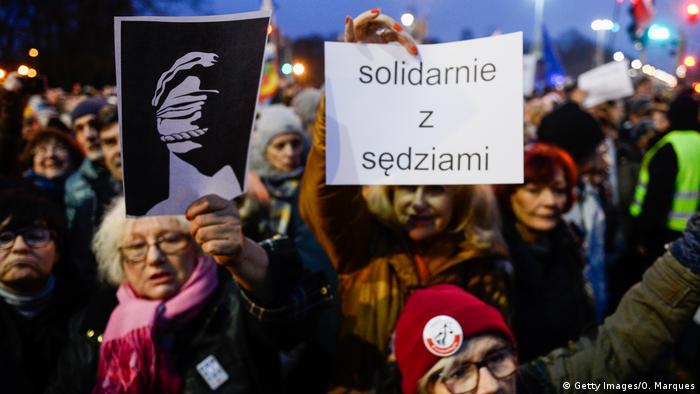 Suspended for speaking up

Sunday's protest was triggered by the suspension on Friday of Judge Pawel Juszczyszyn. He was dismissed after questioning the appointment of a judge who had been nominated by the new PiS-created National Judicial Council. Critics allege the body is not independent.

Demonstrators waving EU and Polish flags, and holding banners reading "Without law there is no justice," gathered in front of the Justice Ministry in the capital. Protests were also held in more than 100 cities and towns across the country.

"We judges must not be afraid. We cannot succumb to pressure because without free courts there are no free citizens and law-abiding Poland," Judge Juszczyszyn, who was at the Warsaw march, told protesters. "I call on my fellow judges: don't let yourselves be intimidated, do be independent and brave."