Microplastics aren't just fouling the world's oceans - invisible plastic fibers are polluting drinking water tapped by millions of people. Where do these fibers come from, and how bad are they for human health?

Microscopic plastic fibers are pouring out of faucets from New York to New Delhi, according to new research by Orb Media, a nonprofit digital newsroom based in Washington.

"It's bad; one hears so many things about cancer," Mercedes Noroña, 61, said after learning that a water sample from her home near Quito, Ecuador, contains plastic fibers.

"Maybe I'm exaggerating - but I'm afraid of the things that come in the water."

A wave of recent research has shown how microplastic pollution fouls our oceans, freshwater, soil and air. This study is the first to reveal plastic in the tap water that billions depend on worldwide. 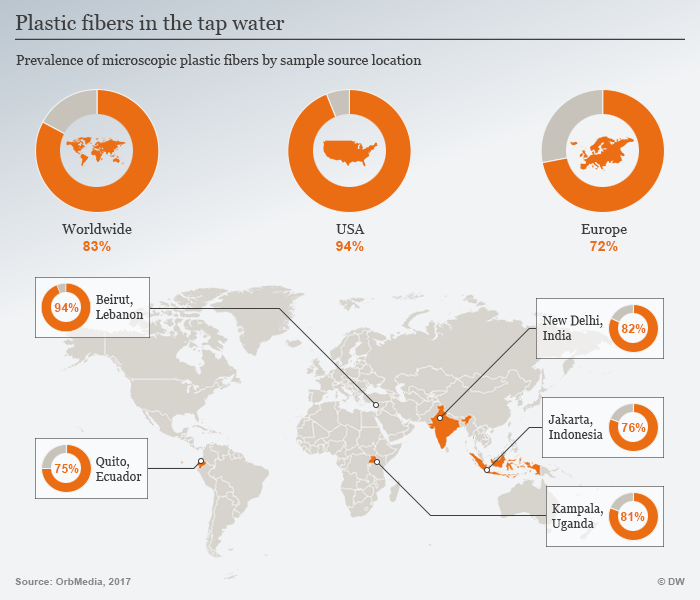 The new findings are a wake-up call, said Muhammad Yunus, the Nobel Peace Prize laureate for 2006. "This should knock us into our senses," he said. "We see the noose is getting tighter around our neck."

For the study, more than 150 tap water samples were collected in cities on five continents. On average, 83 percent had plastic.

If synthetic fibers are in tap water, they're probably also in foods like bread and baby formula.

It's unclear how plastic fibers get into tap water - or what the health risks might be. Experts suspect they come from synthetic clothes, or carpets and upholstery. 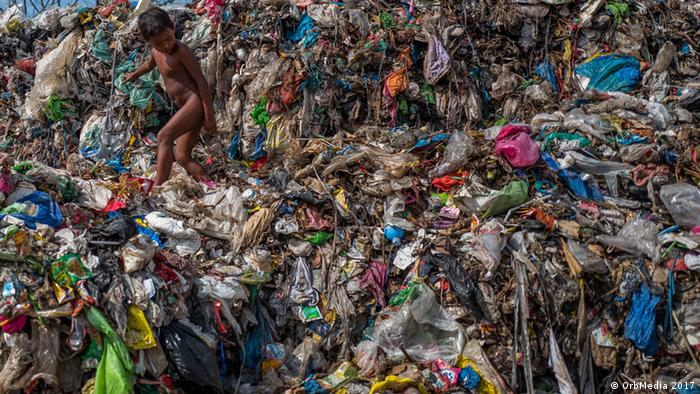 How dangerous is it?

When consumed, plastic fibers may ferry toxins from the environment into the human body, experts fear.

Researcher Richard Thompson of Plymouth University said that in animal studies, "it became clear very early on that the plastic would release those chemicals - and that actually, the conditions in the gut would facilitate really quite rapid release."

There is enough data on how plastic affects wildlife to be concerned, said Sherri Mason, a microplastics research pioneer who supervised Orb's study.

"If it's impacting them," Mason said, "then how do we think that it's not going to somehow impact us?"

For now, no one knows, said Lincoln Fok, an environmental scientist at Education University of Hong Kong. "The research [around microplastics] on human health is in its infancy," he said. 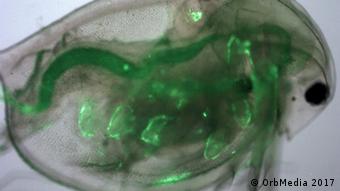 Plastic fibers are in the tap water of countries rich and poor.

The number of fibers found in a sample from a washroom sink at the Trump Grill in New York was equal to that found in samples from Jakarta. (The Trump Organization did not respond to calls and emails seeking comment.)

Microscopic fibers were also found in bottled water, and in homes served by reverse-osmosis filters.

The United States doesn't have a safety standard for plastic in tap water. In the European Union's regulatory framework, tap water is required to be free of contaminants.

Yet the plastic fibers are omnipresent. In samples from the US and Beirut, 94 percent contained microscopic plastic fibers. Other sampled locations were New Delhi (82 percent), Kampala (81 percent), Jakarta (76 percent), Quito (75 percent) and Europe (72 percent).

"But it seems to be a very itchy one," he added.

The notion of plastic in drinking water inspires confusion and denial.

A spokeswoman for the Los Angeles water department stated, "Our ongoing test results show no elevated levels of plastic and/or their breakdown constituents."

James Nsereko, a fisherman on Lake Victoria in Uganda, also dismissed the idea. "We have never found anything like that," he said. But even a sample from Nsereko's village tap had four fibers. 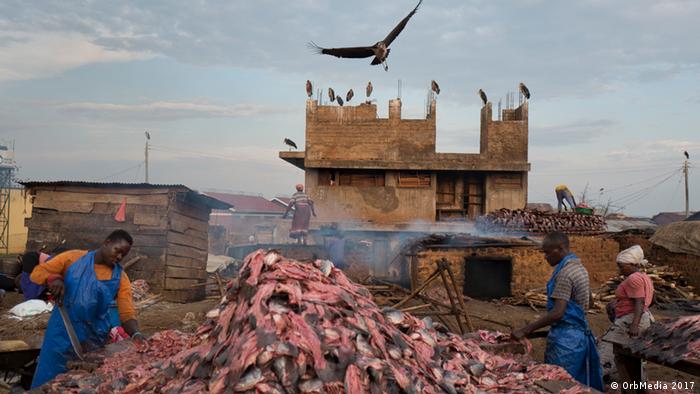 In Washington, a 500-milliliter (17-fluid-ounce) tap water sample from the US Capitol building had 16 fibers, as did one from the Environmental Protection Agency building. City officials in New York and Washington said their water meets legal standards.

There's one confirmed source of plastic fiber pollution - and you're probably wearing it. Synthetic garments emit up to 700,000 fibers per washload, researchers found. Much of that evades treatment and is discharged into public waterways.

Mason said fibers in treated wastewater are probably later collected and piped into homes in other communities. "We're all downstream from someone." 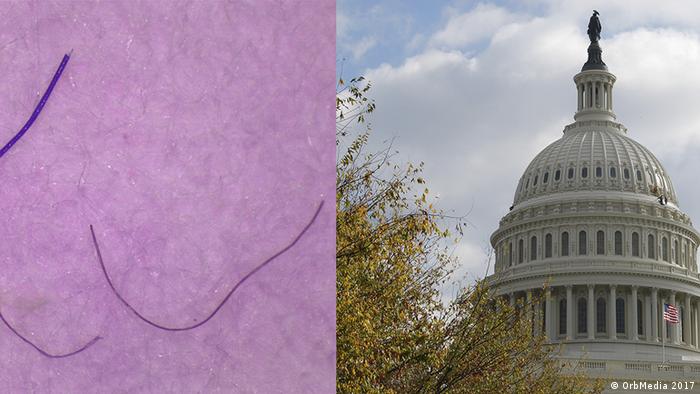 Plastic fibers may even be raining down from the air into our water supplies. A 2015 study estimated that 3 to 10 tons of plastic fibers fall each year onto the rooftops and streets of Paris.

Johnny Gasperi, of the University in Paris-Est Créteil, said: "What we observed in Paris tends to demonstrate that a huge amount of fibers are present in atmospheric fallout."

Wherever they come from, plastic fibers in tap water are a new and troubling riddle for government, science and industry to solve, Mason concluded.

"People were always like, 'Is this in our drinking water?'" she recalled.

"I didn't really think that it was."

Invisible plastic particles from tires and clothing are polluting our oceans

Tiny plastic particles from car tires and even clothing fabrics could be responsible for up to 30 percent of the plastic polluting our oceans, according to a new IUCN report. Is there anything we can do? (24.02.2017)