Plankton is the basis for the entire marine food web - and it is under threat. From the Mediterranean to the Pacific, animals have been struggling to survive, due apparently to changes with plankton.

Food chains represent the greatest interdependency within the webs of life. The marine food chain, for instance, is essential for oceans - and depends on plankton. But environmental changes and human activities may be threatening plankton - and therefore all marine animals.

According to a recent study, the biomass of sardines and anchovies has been decreasing at alarming rates in the Mediterranean Sea. At the same time, sea lions are struggling to forage on the coasts of California. Both cases have shed light on how a single food chain element can affect all others.

While it is still unknown whether species will be able to adapt to new conditions, the marine food chain is already experiencing drastic changes - and plankton plays a crucial role across the board.

"If anything happens to the plankton, an immediate cascade effect will take place on the food chain," Ivan Nagelkerken, a University of Adelaide's biology professor, told DW. 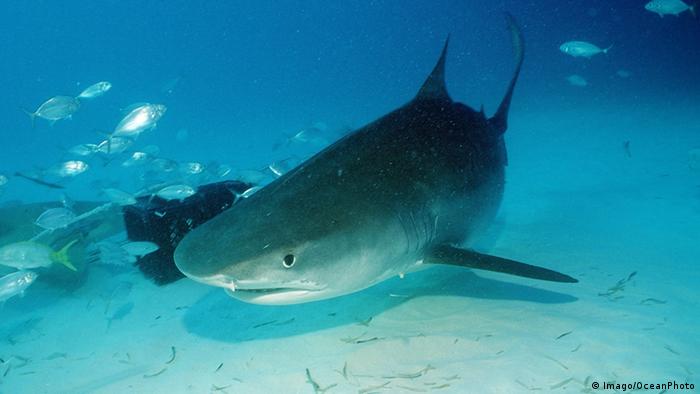 Even top predators depend on plankton - indirectly

Plankton are tiny aquatic organisms that drift through the sea, forming the basis of the marine food chain.

For plankton, both quantity and quality - in terms of nutrients - affect life up the food chain.

"If the quantity of plankton is the same but less nutritious, the next animals on the chain will be weaker and smaller," Claire Saraux, researcher at the French Research Institute for Exploitation of the Sea, explained to DW.

Saraux said it's not easy to determine why plankton changes. "But there are three main possibilities: the water temperature, a lack of nutriments or pollution."

A study published in "Global Change Biology" estimated than an increase in ocean temperature due to global warming would cause phytoplankton and zooplankton biomass to decrease by 6 percent and 11 percent, respectively, by the end of this century.

As Saraux explained, plankton consume nutriments that arrive to the sea from rivers and wind, so changes in natural currents - facilitated by climate change - may also cause a loss of quality of plankton.

The third option, pollution, is mainly a result of human activities.

Up the food chain

"The sardines and anchovies are eating new species of plankton with fewer calories," Saraux said. "And this has probably caused the reduction of their biomass." 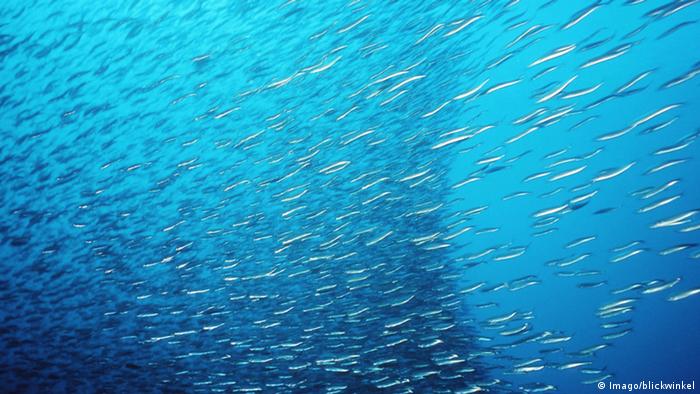 Sardines and anchovies have been affected by changes in plankton

Over the past 10 years, the biomass of sardines - that is, the combined weight of all the fish - in the Mediterranean Sea has decreased from 200,000 tons to less than 67,000 tons. The biomass of anchovies has decreased in same proportions.

As Saraux explained, disappearance of the plankton species the fish had eaten in the past led the fish to eat another, less nutritious species of plankton.

According to her team's finding, fish with limited energy reserves reproduced instead of growing larger and surviving longer.

The team was not surprised by this behavior. When animals feel in danger, they prefer to invest their energy in reproducing. As result, sardines and anchovies barely reach the age of 2, while they used to live up to 6 years.

Across the world from the Mediterranean Sea, on the Pacific Coast of California, sardines and anchovies have also declined over the past decade - as a result of less plankton, a study speculates. There, scientists have looked at how sea lions are struggling to forage.

Breeding females have had to go for lower-quality food, resulting in less and poorer food for their pups, reads a study published in March 2016 in "Royal Society Open Science."

According to the scientists, although adult sea lions may survive under a low calorie diet, their pups will probably not. 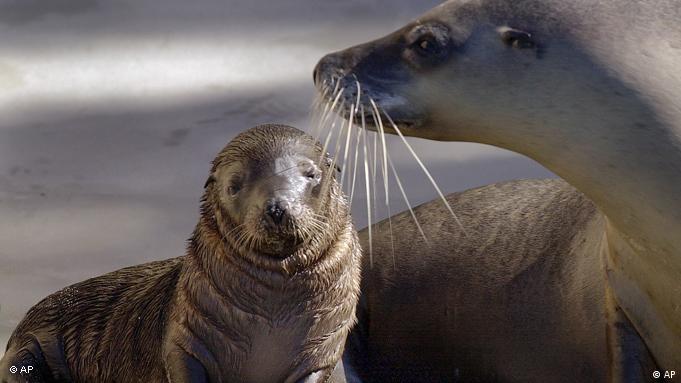 Sea lions are struggling to feed their pups

The future of marine life

Nagelkerken said that theoretically, species can adapt - "as they have done over millions of years."

In previous oceanic fluctuations, species were able to adapt gradually, over time. Those that had beneficial adaptations could reproduce and pass on their resiliency to next generations.

"But changes nowadays are so fast, that they may not have enough time," Nagelkerken added.

For Saraux, determining the cause behind plankton variation is key to forecasting future scenarios. "If natural changes in wind currents are the reason, the situation may become stable again," she explained.

But if human activities like pollution and global warming are found to be the main problem, the situation will worsen. Pollutants persist for very long time in ecosystems - and Saraux believes that even if we start now strictly acting to counter climate change, the damage may already be irreversible.

"It may be too late to stop what is causing the plankton to change."